A Mighty Robot… loved by good…feared by evil. 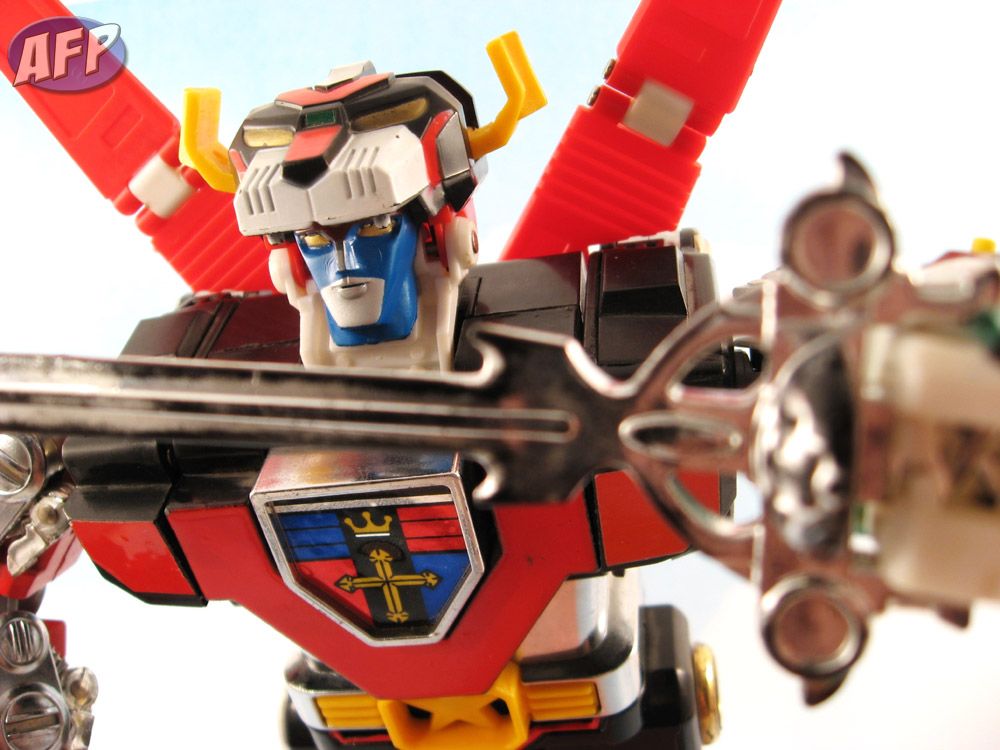 The first thing I need to say is simply this: This is one of the coolest toys I own. This thing is big, solid, heavy and shiney. All good qualities.

Released in the US by Matchbox (yes, the Matchbox that makes cars) in 1984, this is what I consider the definitive vintage Voltron. Another version was released by Panosh Place that was proportioned differently in order to hold 4″ action figures, and is actually the one I had a a child. However, the Matchbox version is much more accurate to the character design, and is of better quality, including many vacuum-plated parts and a TON of die-cast metal. 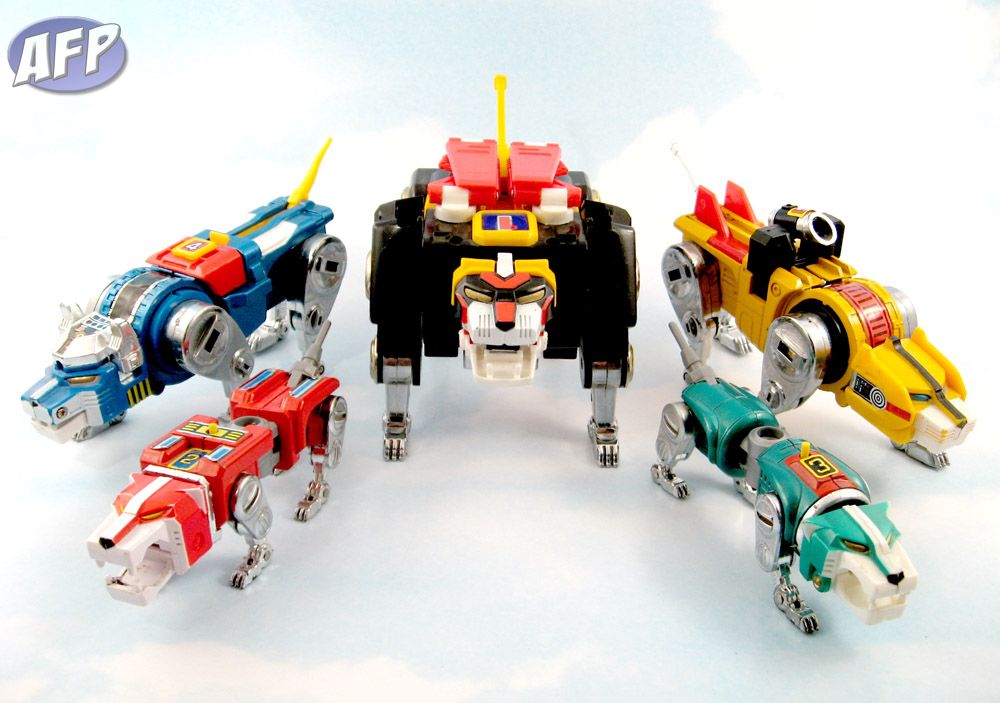 Each lion is unique in its own, from the details, paint and weapons. The red lion is very angular and square, where the similar green lion is more rounded and organic looking. The two leg lions, yellow and blue, differ from each other in head design, body shape and weapons. All lions have a very solid die-cast body and chromed pieces The paint used on some of these was lead-based, and lead to some recalls at the time. The paint still holds up well today, and has a nice metallic sparkle.

And when combined, using a series of spring loaded plugs and locks, they form… VOLTRON! 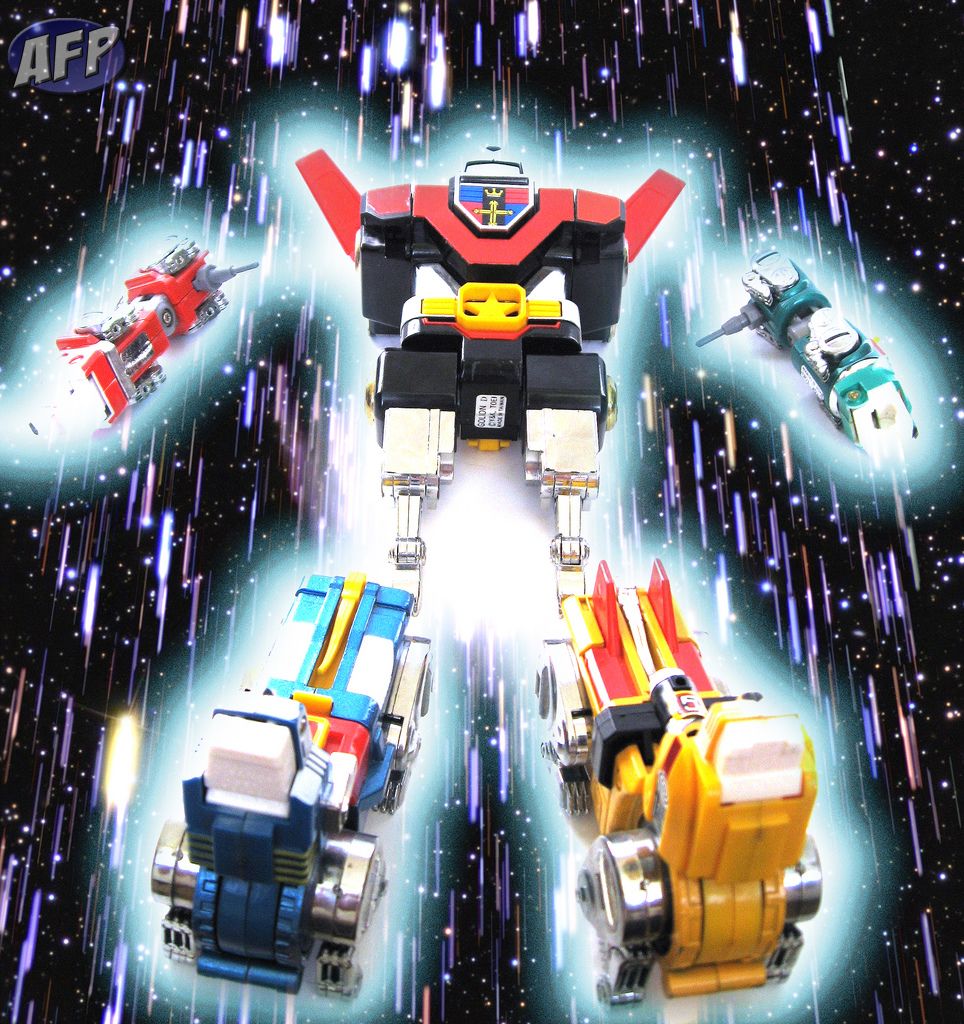 This, of course, is where the toy shines. Fully combined, this toy is a big hunk of metal, nearly 80% metal, and glorious. They just dont make toys like this anymore.

The figure when combined is pretty sturdy, and doesnt have problems standing. However, since this is an 80’s toy, there is pretty limited articulation. The arms rotate, pivot out, pivot and rotate and the elbow, and the heads can fire like missiles.

The leg can bend at the hip, and the ankle forward, that’s about it. The original, from what I understand, did not include any accessories. However, a sword & shield set was sold separately. I believe the sword I have pictured is not the correct sword for the set, but the one form the Panosh Place Voltron. Either way, the figure is amazing without accessories. 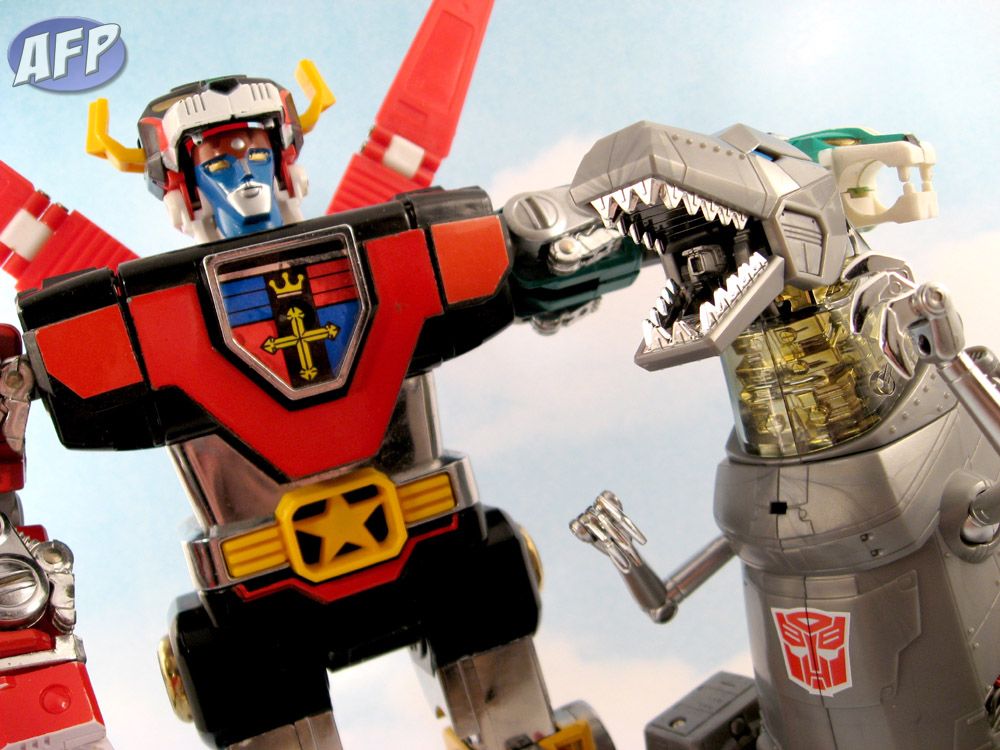 Until next time! …. Mega-thrusters Are GO!