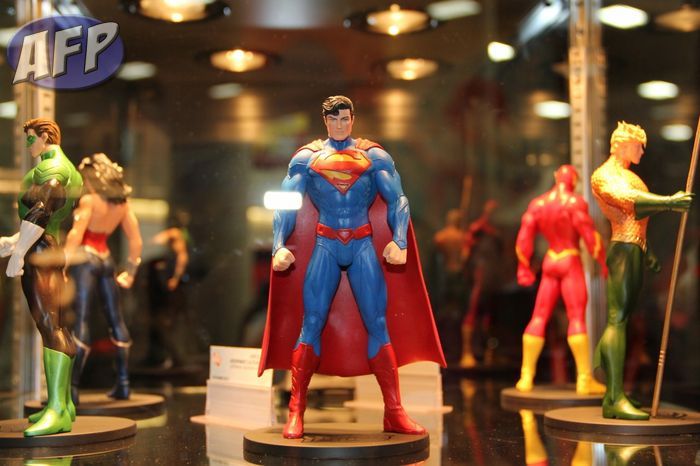 DC Direct held its panel today – I was not able to attend, but Buzzy did – I’ll ask him to fill in the blanks at a later time. But they did have three action figure lines in their display area. In continuity order, they had Brightest Day, Flashpoint, and the debut of their DCnU figures.

That Mera looks pretty good. I am hoping Mattel follows suit and makes one for DC Universe Classics. I think that Blackest Night and Brightest Day figures have had the most uniform scale and appearance for the main DC characters, and I would have liked DC Direct to parlay this into a general DC line.

I think that Flashpoint is a step back for DC Direct. The figures are more stylized, and we’ve lost the bicep swivels. That’s a damn nice headsculpt on Reverse Flash though.

It’s no surprise that DC Direct is first to get to DCnU figures. I think these are decent-looking figures, but I’m not a fan of the redesigns. I get what Jim Lee’s trying to do here with the uniforms for the JLA, but there’s enough little things that don’t make sense to make it not work for me.

Are seam lines the 90’s pouches of this era of comics? I get armor on Batman, but why does Flash need armored boots? Does that chin strap make Flash more aerodynamic? I don’t really mind getting rid of the undies on the outside of the tights, but giving Superman a collar eliminates one of the most distinctive parts of his costume.

Oddly enough, the costume I like best is Wonder Woman’s – when DC first got rid of her iconic short shorts, I was not a fan. Maybe I just don’t like change.