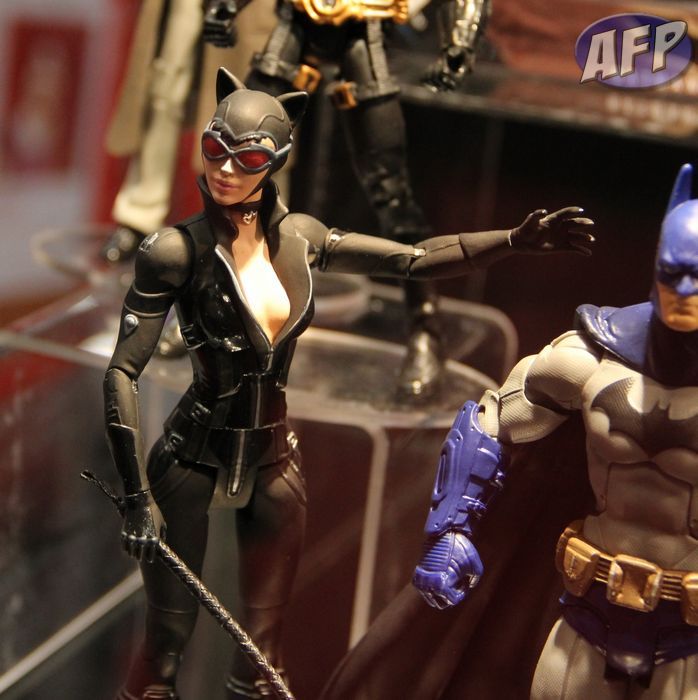 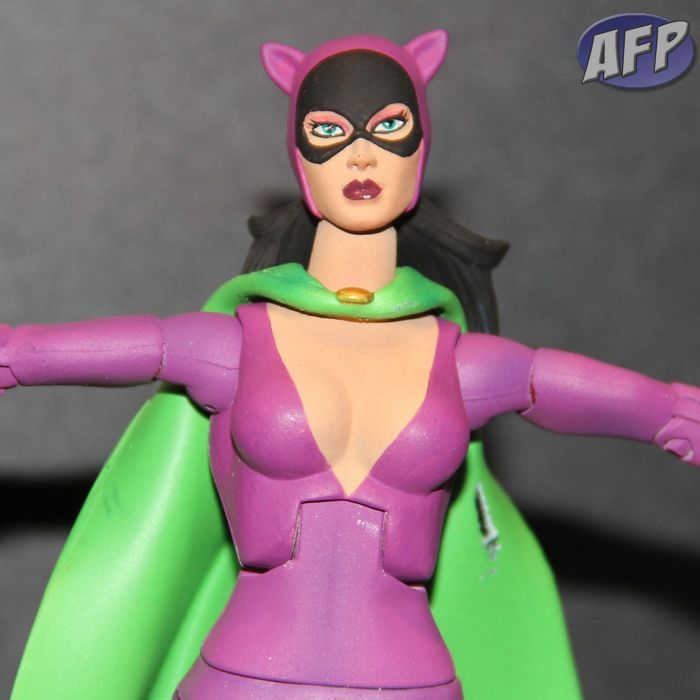 In our most recent Ask Matty Q&A, Mattel confirmed that Batman Legacy would continue in 2012, and we got a glimpse of that at their New York Comic Con booth last night. You can say that there’s a definite Catwoman vibe going on, as they showcased two new Catwomen – one from their Arkham City sub-line, and the Golden Age Catwoman in the comic-based sub-line. Mrow! 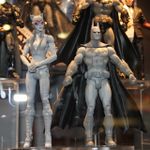 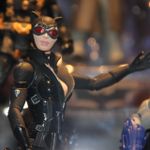 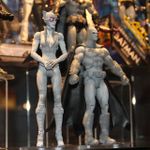 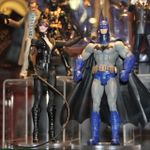 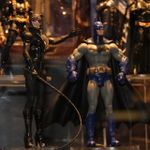 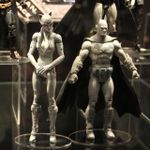 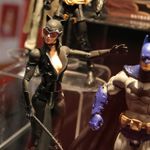 Mattel actually displayed two of the same Catwomen (and Batmen) – one fully painted, and one showing an unpainted casting of the figure. For some reason I always find the unpainted casts more pleasing – something about the gray shows off more of the sculpted detail. Both Catwoman and Batman look good in gray. 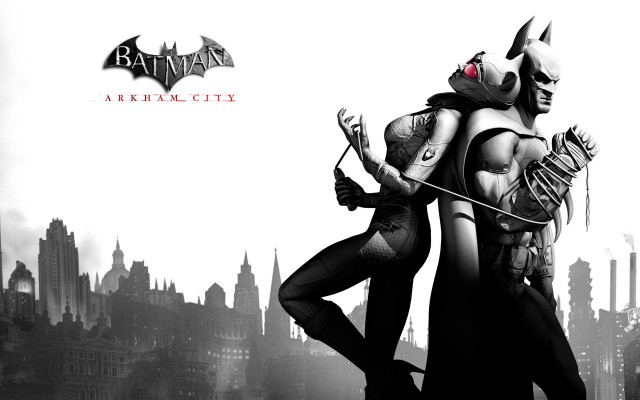 [Update] Robokillah tells me that the gray versions of Catwoman and Batman emulate some of the artwork for the game – the red goggles on Catwoman are the giveaway. I suppose that means that these figures could be making their way to retail shelves as they appear here.

Mattel also had out what look to be production samples of Harley Quinn and Nightwing. So far I have not been planning to pick up any of the Arkham City sub-line (because the Square Enix versions I think will be the best representations of the video game characters) but the breadth of characters that will be available in concert with the sculpt and articulation are making a more compelling case each time more figures are revealed. 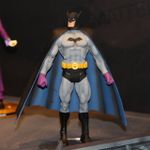 First appearance Batman is a nice figure, but I hope Mattel makes the most of Batman Legacy to dive deeper into the Batman rogues gallery. Golden Age Catwoman is a nice addition, but there’s a lot more that could be mined. I don’t think there’s a lot of runway, though, because I’m sure in the second quarter of 2012, we’ll see shelf space transition to kid-oriented movie figures for the upcoming release of The Dark Knight Rises. I think we’ve seen the last of the 6-inch Movie Masters figures for the first two films, but I imagine they will continue in some capacity for the third movie.