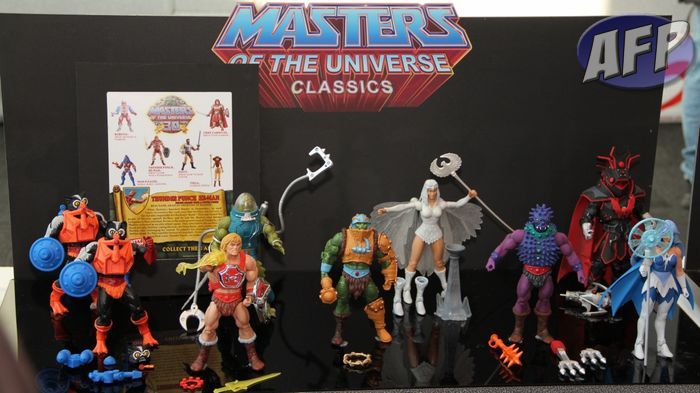 At their Collector Night preview, Mattel introduced a handful of new figures for the Masters of the Universe Classics and 30th Anniversary lines. In the main Masters line, Spikor and the Snake Men 2-Pack will be available in July. Frosta, from the She-Ra cartoon, will be the August figure, but due to production delays will be available in September with the September figure, which is yet to be revealed.

For the 30th Anniversary line, Mattel revealed Sir Laser Lot. Laser Lot is the creation of DC Comics writer Geoff Johns, who is a huge Masters fan. There’s a story floating around that Johns submitted his character concept for Laser Lot with a crayon drawing. 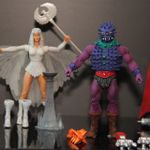 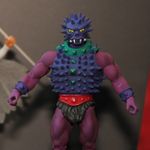 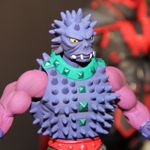 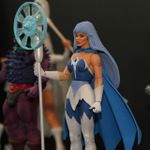 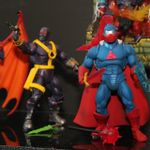 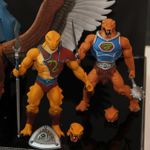 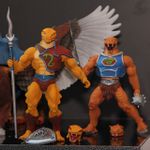 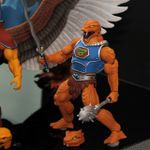 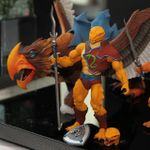 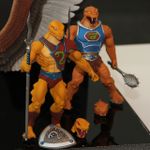 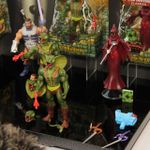 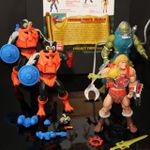 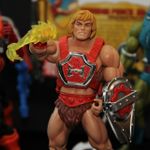 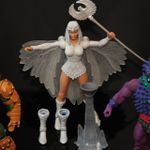 For those of you wondering about the extra boots next to the Temple of Darkness Sorceress, Toy Guru said that they were swapping out the boots based on her appearance in the mini-comics, not that she would be getting two sets of boots. Toy Guru also said that there would be a new weapons / accessory pack at some point this year. He didn’t reveal any specifics, but did hint that some of the accessories on display would not actually be packaged with the figures – so I’m expecting that they’ll find a home in the new weapons pack.

I’ll copy below the official release on the Masters items, but also check out the Toy Fair 2012 – Mattel Collector Night – Toy Guru Video starting at 8:30 in. There’s also a few MOTUC related questions and answers in the Q&A portion at the end of the video.