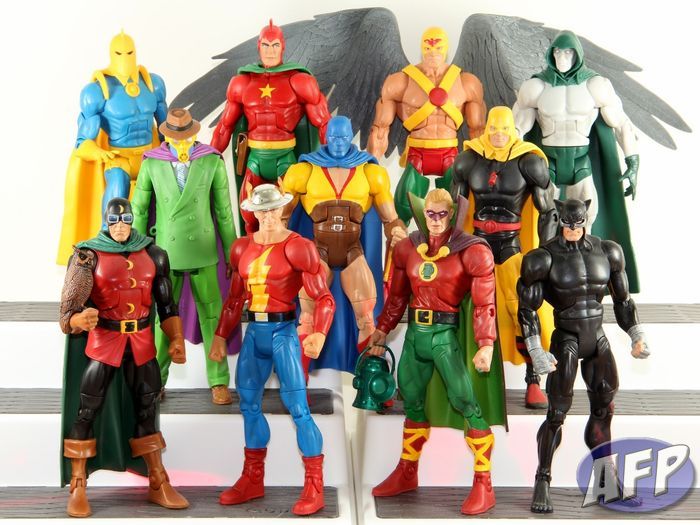 I’ve been snapping some group shots of teams I have on my shelves, and here’s the latest, of my classic Justice Society of America. I had to reconfigure my photo setup (perhaps a post for another time), and one of the results is that I can take pictures of larger groups (and larger figures). I may have missed spring cleaning, but think this is leading up to some shuffling that I need to do to clear some shelf space. But the JSA is likely going to remain on my shelves – I’ve just got a nostalgic soft spot for whose old cross-over stories in the old Justice League of America comics. Mattel has done pretty well by this team – I’ve only got one minor custom, which was a head replacement for Alan Scott (head size for DCUC figures is another post for another time).

With this line-up, I’m only missing two key figures in the roster – Mr. Terrific and Johnny Thunder. I could see the Terry Sloane version of Mr. Terrific making his way into the subscription – Mattel could reuse the belt and tunic bottom from Dr. Mid-Nite, and with a new jacket collar and head, they’d be done. Johnny Thunder is a little more problematic, due to the Thunderbolt, but I suppose they could use an over-sized / deluxe slot in the sub, if Platinum and Tin are any indication. Still probably a longshot to get it done right – I wouldn’t want either figure to skimp on the standard DCUC articulation.

I consider Wonder Woman, Red Tornado, and Black Canary part of my Justice League of America team, so they’re not in these shots. My CustomCon 24 entry for Earth 2 took care of my JSA versions of Batman, Superman, and Robin. And Ma Hunkel? Not likely to ever make it to my shelves. I know she’s got a devoted following, but I’ll survive without her. 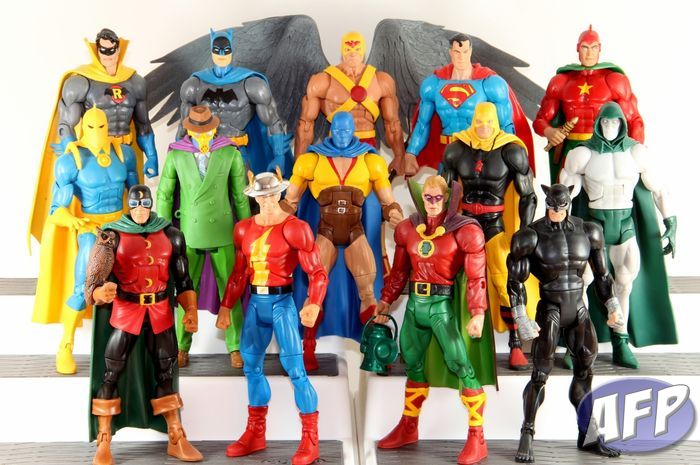