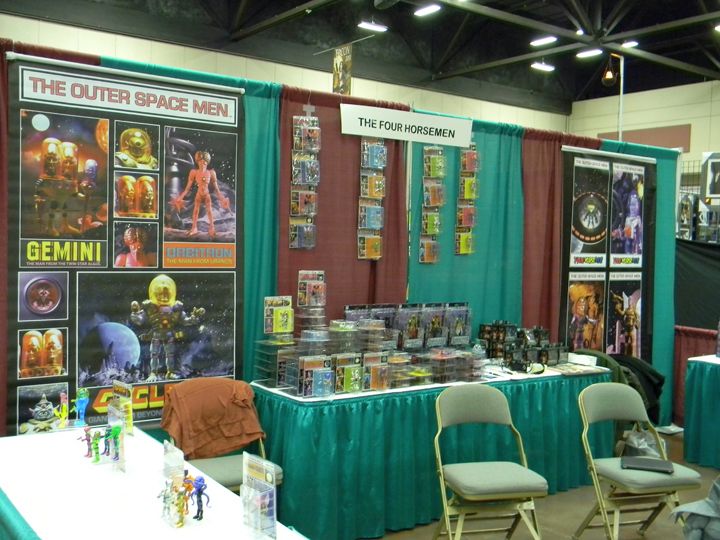 Our pal Joe Amaro sent us pics of the Four Horsemen’s booth at El Paso Comic Con. The 4H’s Shane Dittsworth and Owen “O-Dawg” Oertling were on site. For fans of Seventh Kingdom, Gothitropolis, and the Masters of the Universe 200X line, there’s some great shots of 2-ups that I’ve been lucky to see in person – but I’ve never gotten a good look at the backs of the prototypes before, though, and there’s some great details in these shots. The El Paso Times also has some local coverage of EP-Con, including a couple of pics of O-Dawg in action.

Regarding the Manta Raider that Joe is working on with Rudy Obrero – I checked in with Joe recently and he said he’s still working on them, and will give out more details on how to get your hands on the custom vehicle when he’s 100% on the details.