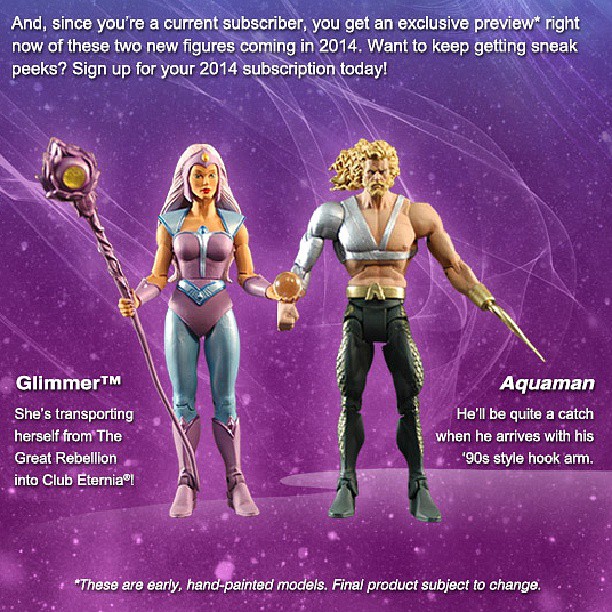 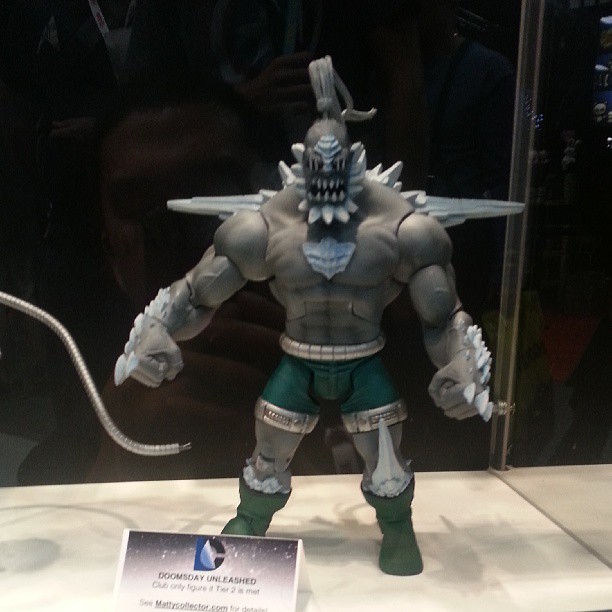 Toy Guru and the team hosted its annual Mattypalooza panel yesterday, and here’s the video. The SDCC staff has been very aggressive with video footage this year – they are asking us not to shoot the video screens, even though this has been standard practice for the toy panels since I’ve been to Comic-Con. So for a lot of this panel, it meant shooting the talking heads – although I did manage to capture the significant reveals.

They covered the current clubs (DC Universe Classics, the two Masters of the Universe Classics subs, and Watchmen) and the plans for 2014. There’s more coming for Ghostbusters, but for Back to the Future… still no figures! Also, watch the whole video for an appearance (and Mattel collaboration) with an icon in the industry. Excelsior!

It’s the toy panel to beat all toy panels! Get the inside scoop on your favorite collectibles from Mattel: Masters of the Universe Classics, DC Comics Signature Series, Watchmen, Ghostbusters, and more. As a special bonus, attendees will have the opportunity to vote on an upcoming MOTUC monthly figure: Huntara vs. Lord Masque-you decide what gets made! And be there for a major announcement as Mattel partners with one of the biggest names in pop culture to bring you exciting new collectibles you will have to see to believe! The panel will also include a Q&A with Mattel toy designers, Mattel marketing manager Scott “Toy Guru” Neitlich, and guest panelists The Four Horsemen.