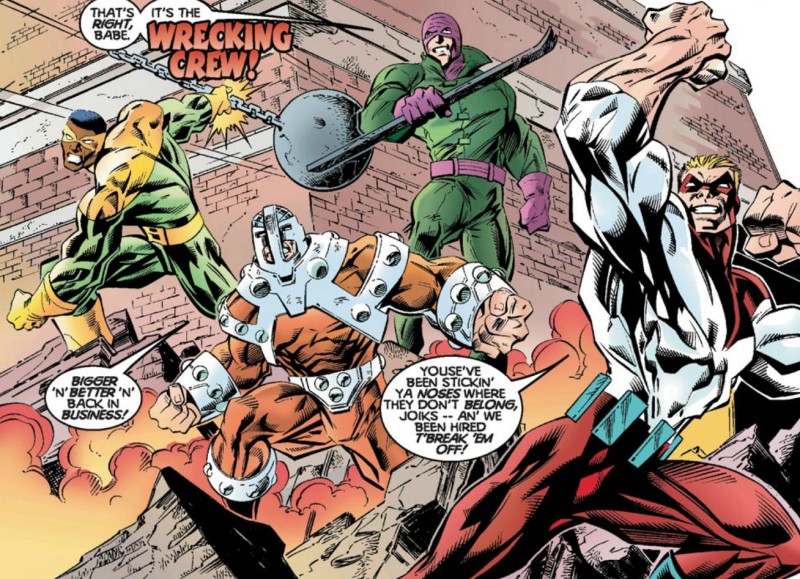 In just a couple of weeks, it will have been two years since Hasbro first showed us the Wrecker and Bulldozer, and gave Wrecking Crew fans the hope of completing that foursome in their Marvel Legends collections. We had gotten Thunderball and Piledriver as variant swaps in an earlier wave, and the plan was to do the same for the remaining pair by the middle of 2013.

But while the Wrecker made it to shelves, retailers threw Hasbro a curveball, necessitating a rebranding plan to tie Marvel Legends more closely to the Marvel movies. And we’ve been waiting for the fourth and final member of the Wrecking Crew ever since.

This begs the question – did Hasbro already miss their best chance to release the Marvel Legends Bulldozer? 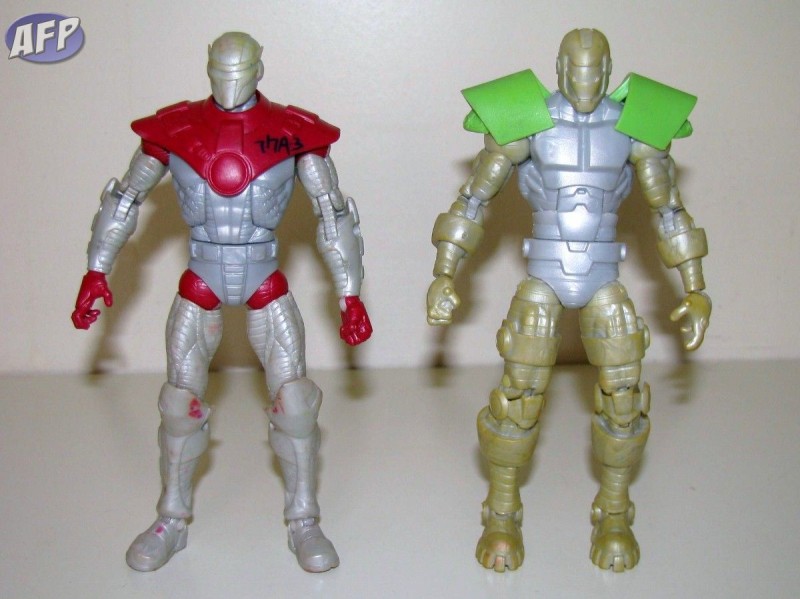 This isn’t the first time we’ve had to wait for something that Hasbro has had to put previously shown figures in a holding pattern. Back in 2009, they announced Crimson Dynamo and Titanium Man at Toy Fair and then briefly had ML versions in a display cabinet at San Diego Comic-Con, but removed them before the show actually started. But they were in there long enough for pics to hit the internet.

And it wouldn’t be the last time. In 2013, Hasbro had the Jubilee wave of Legends on display for the entirety of SDCC – it was the last wave of Legends shown before the rebranding to movies (and the addition of “Infinite Series” to the Marvel Legends name).

Now, in many cases, Hasbro has come through and gotten these figures to us. It took over two years, but Crimson Dynamo and Titanium Man found a home in the Iron Man Legends line in 2011. And the figures in the Jubilee wave (and various running change variants from earlier waves that were delayed) have been finding available slots in various Infinite Series waves.


This brings us to Henry Camp, the Bulldozer. With three out of four members of the Wrecking Crew already on collectors’ shelves, you would think that he’d be a priority for the Marvel team at Hasbro to get out the door. But thus far, they haven’t found a slot for him.

With the Wrecking Crew, Bulldozer has faced the Defenders and the Avengers, been part of the Secret Wars, and joined up with the Masters of Evil and the Thunderbolts. But first and foremost, Bulldozer and the Wrecking Crew have Thor as their primary adversary. Hasbro really missed an opportunity with Thor: The Dark World – they could have slotted Bulldozer if they had sold a Thor Legends wave with that movie for support.

What’s that, you say? Despite not leveraging The Dark World, Hasbro revealed that the next wave of Infinite Series Legends would feature a Thor theme, with the All-Father wave.

Alright, maybe “Thor-themed” was a bit of a stretch. The wave features variants to have two different Build-a-Figures – Thor and Odin – and also features Thor as an individually-carded figure, but other figures in the wave are only loosely affiliated with Thor. Hawkeye, Iron Fist, Scarlet Witch, and Captain Marvel have all teamed with Thor in various incarnations of the Avengers. Machine Man… well, I think he was on call for the West Coast Avengers.

If only there were a big guy slot in the wave… There is? And they slotted in Sentry? I suppose Sentry wouldn’t be the man he was if it wasn’t for Thor – see Siege #4 to see what I mean, ha ha!

But if it were me, if I had to choose between a re-do of an earlier released character (even if it’s vastly superior) versus one that is the last member of a team and has not seen plastic form (at least in this scale), it’d be no contest. A small part of me wonders if the Hasbro team had this debate, and it came down to the “Avenging Allies” tag that Sentry shares with Machine Man. No, I can’t come up with a tag that fits both Bulldozer and Machine Man either. 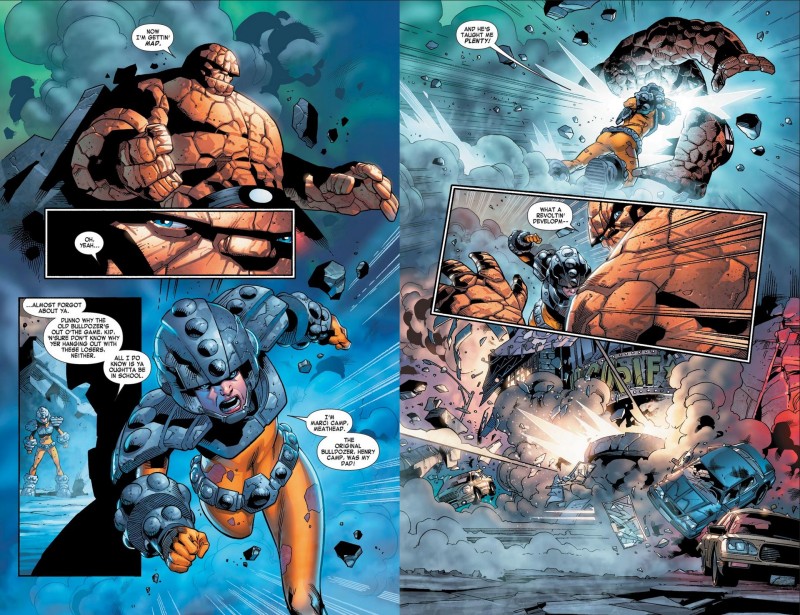 So, there’s no grand plan to release the last member of the Wrecking Crew, unless perhaps to release Bulldozer in her latest incarnation as Marci Camp, the daughter of the original. Hasbro wouldn’t do that, would they?

While I think Hasbro’s been doing a good job of slotting in those lost figures, there’s still more to go. Bulldozer is at the top of my list, but we’ve still got: Moonstone (variant), Songbird, Tiger Shark, Batroc, Blizzard, Rogue, Cyclops (the PhoenixFive variant), Rescue, War Machine, and the Mandarin. Zut alors – I need that Batroc!

Did I miss any?

We’ll see at Toy Fair next month who makes it to the big show. Stay tuned!

I’ve had my say, so now it’s your turn. Did Hasbro miss the boat with Bulldozer and the All-Father wave? Who is your most-wanted from the lost Marvel Legends figures? Leave your comments below.

6 thoughts on “Soapbox Sunday: Did Hasbro Miss Their Best Chance to Release the Marvel Legends Bulldozer?”