Will be first Spider-Man Legends wave for 2016 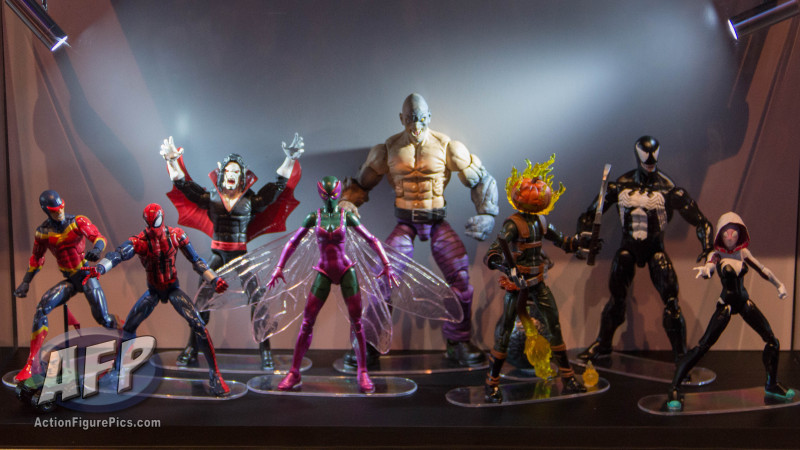 Hasbro held a brand preview event this morning before Con opened, and the Marvel team used the opportunity to unveil a new wave of Marvel Legends featuring Absorbing Man as the Build-a-Figure. The Spider-Man themed wave will include Speed Demon, an updated Ben Reilly Spider-Man, Morbius, the new Beetle, Jack O’Lantern, Venom, and Spider-Gwen.

If you follow our Instagram account, we posted pics from our cameras from the event. Hasbro also put the new reveals in their booth on the Con floor. We took a bunch of higher resolution pics in both locations with our regular cameras, and we’ve combined them here.

One thing Hasbro designer Dwight Stall pointed out to me was the influence of The Superior Foes of Spider-Man comic on this wave. Speed Demon and Beetle are both characters from that series. Speed Demon will come with a special accessory – the head of New York crime boss Silvermane on a remote control car. The disembodied head of Silvermane plays an important part in Superior Foes, so it’s cool to see it make its way into the line. The head is actually a regularly-sized Legends head and is removable from the RC car, should you want to put it on another figure. We suggest the Chameleon from the Spidey-themed Rhino wave, the one preceding Absorbing Man.

Chameleon (with his interchangeable Hammer Head head) is also featured in Superior Foes, so that comic is a theme that’s been running in Legends for a while now. Boomerang is another earlier Legends figure that fits the bill. If we see this theme continue, maybe we’ll see Spidey villains like the Owl, Tombstone, and Shocker get made.

The Ben Reilly Spidey and Morbius are both redos. Reilly was made earlier by Hasbro in the Wal-Mart exclusive Ares wave back in 2008. The base figures have been improved by quite a bit in the past six years, so a new figure will benefit.

Morbius was made by Toy Biz back before Legends was a line – it was Spider-Man Classics back in 2002. He was a much beloved figure, but featured a blood sucking action feature in his head – the rubber that made the action feature possible deteriorated for many collectors, so this is also a welcome update.

Toy Biz made a Mad Jack as part of its second Spider-Man Classics line, which came about when their Legends run was going gangbusters, spawning companion lines like Spidey and X-Men Classics. This is Hasbro’s first go at Jack O’Lantern, and I think it looks pretty good.

And while there’s been many Venoms in Marvel Legends history, this one is Hasbro’s first go at this version of Venom.

Spider-Gwen is a character that caught on like wildfire from her introduction in the comics, getting her own solo series last year. Hasbro developing a stable of base bodies enabled them to capitalize on the character’s popularity and get her to market relatively quickly. Since the line has already seen female Spideys with web-shooting hands, for example, Hasbro just had to develop the head, hood, and the appropriate deco for the figure. 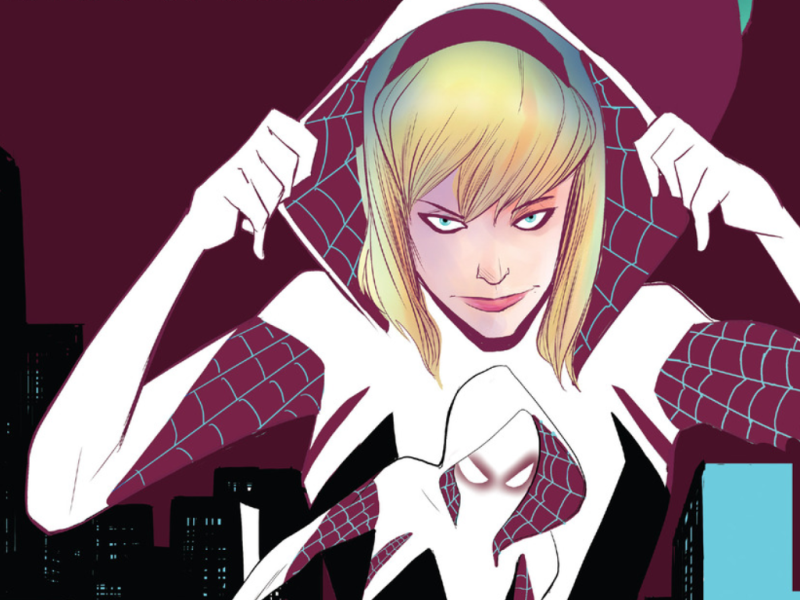 It also enabled them to budget an additional accessory that is being made – an alternate head featuring the unmasked Gwen.

I’d be remiss not to talk about the build-a-figure, the Absorbing Man. He’s built on the Terrax BAF but features new arms, lower legs, and head (natch). And since Terrax has those overlays, this is another case of smart re-use where you don’t even notice it at all… except for that wrecking ball that came with Thunderball and (for some reason) Piledriver. No one cares about that though, right?

But does the use of Terrax make Absorbing Man too big? I think some detractors will say so, but personally I think in a line where we have some oversized figures like the Wrecking Crew, a larger Absorbing Man would still fit in.

One last point – while it’s not a done deal, Hasbro is looking at reusing the existing Terrax arms with alternate deco to make an Absorbing Man variant that hasn’t yet absorbed anything.

Overall, I think this is a solid wave, and 2016 is off to another great start for Hasbro with Marvel Legends.