Though I am unable to attend SDCC this year, there is much I look forward to seeing and hearing about, action figure and otherwise. 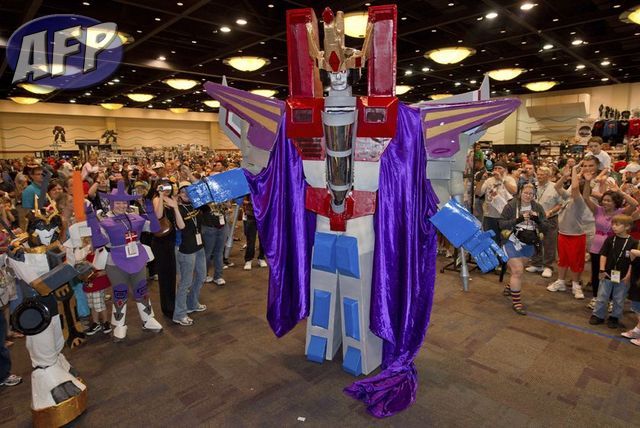 I collect Transformers pretty heavily, and at this year’s Botcon several weeks ago, some amazing descriptions for upcoming figures were given by those who attended. I am hoping these figures get shown at Comic Con this year. These include the LONG awaited Generations (Classics) Jazz with pop-out boombox speakers, as well as a few other favorites like Tracks, Perceptor, Reflector & more. Im also looking forward to seeing a new Power Core Combiner themed after the original G1 Dinobots named ‘Grimstone.”

Hasbro is also planning on showing more info about the upcoming Hub television show; Transformers: Prime, so hopefully some video comes from that as well.

>> Read more about the Transformers lines

END_OF_DOCUMENT_TOKEN_TO_BE_REPLACED

G4’s Attack of the Show provides a nice summary of the possible motivation and downstream impact of Disney’s acquisition of Marvel.

Mystery artist “dR g0Nz0” was oddly prescient when he submitted fan art of Mickey Mouse as Wolverine to the Wolverine Daily blog about a year ago.

Unless you have no access to any kind of media (and if you didn’t, you wouldn’t be reading this), you’ve probably heard that this morning Disney announced its intentions to acquire Marvel for around $4BN in cash and stock.

Now, I’m going to guess that there wasn’t a lot of rumblings in the market about this deal beforehand, as most news outlets are still just rehashing the press release and not providing a lot of opinion.  But I’ve scoured the internet (read: googled it) to bring you some of the early thoughts and opinion from around the interwebs.

Everyone knows that this deal is about the movie business, but what about the rest of the Marvel businesses?

So, how are people reacting to the acquisition?

How do you feel about the Disney / Marvel acquisition?