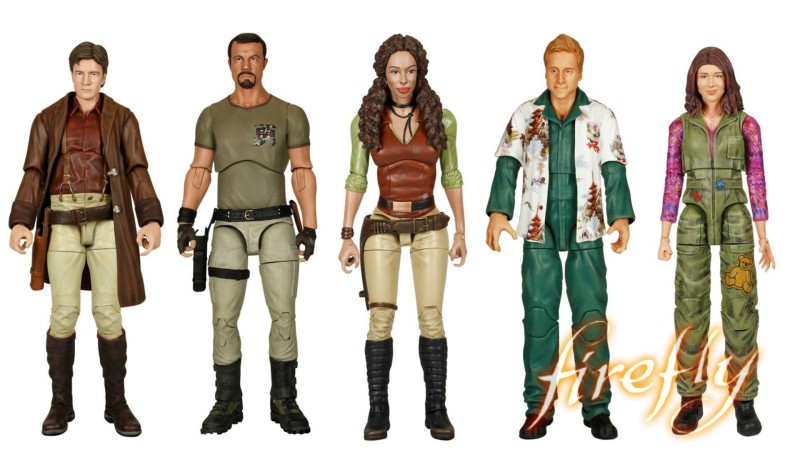 I find myself in one of those in-between spaces this weekend. I’ve binge-watched Daredevil on Netflix and The Walking Dead via my cable company, but I’ve still got a week before Avengers: Age of Ultron opens here. That means it’s a perfect time for a Firefly and Serenity marathon! I can watch Firefly on Netflix or Amazon, but I can’t seem to find a source for Serenity – I might have to break out my DVD (gasp!)

If you’re marveling over just how far streaming video has come in the past dozen or so years, and feeling a bit nostalgic for that great Western set in outer space, it’s probably a good time to get a set of the first five Firefly action figures. And while you’re at it, tell me who (or what) you’d like to fill up that last spot in the presumed series 2. After Simon, River, Inara, and Shepherd Book, who would you want to see? Personally, I’d love a Christina Hendricks figure of Saffron, from Our Mrs. Reynolds and Trash. Shiny!

END_OF_DOCUMENT_TOKEN_TO_BE_REPLACED 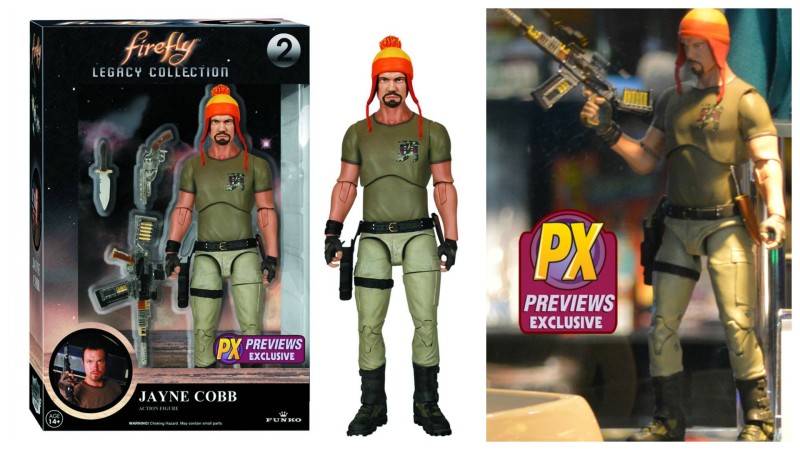 The first figure I saw of the Funko Legacy Firefly action figures at the Diamond Distributors booth at Toy Fair was Jayne Cobb, all by his lonesome, with the wool knit cap his momma sewed him. That prompted me to look for the rest of the series – and when I saw him packaged, he was hatless. I had assumed he’d come with both heads.

Turns out that the version with his knit cap will be a Previews exclusive. While I think both Jaynes (and the rest of the crew of Serenity) look great, I’ll probably want the momma’s boy version. That just means if I pick up these figures, I’ll be shopping first at my local comic book stores. The Funko Legacy Firefly figures are due out in 2Q this year. Shiny!

He robbed from the rich and he gave to the poor.
Stood up to the Man and he gave him what for.
Our love for him now ain’t hard to explain,
The Hero of Canton, the man they call Jayne.

Funko is off to a great start with its Firefly action figures from its 6-inch Legacy line. The first wave will feature Captain Mal Reynolds, Jayne Cobb, Kaylee Frye, Hoban Washburne, and Zoe Washburne. Each figure looks fairly poseable and comes with a few accessories. For example, Jayne is packaged with a plain head and also has the orange knit cap his mother made. He also has his most very favorite gun, Vera.

That leaves Simon and River Tam, Inara, and Shepherd Book for a second wave – hopefully the line won’t be canceled early due to poor marketing by Fox. Still too soon?