In a poll from the “DC Collectibles Vault” this week, DC Collectibles revealed several products that were designed and sculpted, but never made it to shelves. Among them was a series of action figures from DC Universe Online, the MMORPG for PC and PS4, made by Sony Online Entertainment in collaboration with some of the top creative talent at DC. I played the game for a few years from its launch back in 2011, and was always impressed with its visuals. Unlike many games that create their own aesthetics for the DC characters, DCUO was extremely faithful to the mainstream comic book appearances of its heroes and villains. As such, I thought it was a decent marketing opportunity for a video game action figure line that I’d like to buy – but both DC Collectibles and Mattel opted for Injustice: Gods Among Us.

Also left on the sculpting room floor, so to speak, were a series of New 52 action figures in the 3.75-inch scale and a set of Rainbow Batman repaints (presumably in the standard 6 to 7-inch DCC scale). I think it’s too bad their 3.75-inch figures didn’t get more of a foothold – despite some initial quality issues I found their smaller figures better sculpted and articulated than what Mattel currently has on retail shelves. And Rainbow Batman? Despite the nostalgia factor, I’d pass.

Voting in the poll (which also includes some shelved statues and busts) will give DC Collectibles a measure of popularity, but won’t guarantee that any get made. Still, if there’s enough interest, you never know!

Remember when Mattel started adding figures from Injustice to their Batman and DC Unlimited lines (the “successors” to DC Universe Classics)? As the figures arrived on shelves, I remember thinking how awful the costume designs were. Having never played the Injustice: Gods Among Us video game, maybe my opinion was uninformed. And now, these upcoming Batman and Joker figures from Bandai in their S.H. Figuarts line, I’m loving the Injustice looks.

Maybe it’s just the execution that counts. The Mattel figures looked horrible and stiff – these look gorgeous and look like they’ll move even better. Granted, the Batman design is for an alternate Injustice costume. And Mattel’s price was under $20, while these are listed at nearly $60 – more than the price I usually see for Figuarts. Still, when the pre-orders show up, I’ll be hard-pressed to resist. These are slated to arrive in December.

END_OF_DOCUMENT_TOKEN_TO_BE_REPLACED

If you are suffering from withdrawal from Mattel’s DC Universe Classics after Club Infinite Earths died an ugly death last year, rest assured that DC Collectibles is continuing to make collector-oriented, comics-based action figures, as well as figures supporting the popular DC video games. On the comics front, Red Hood and the Outlaws get a series of figures. I’m not reading the book, so I have no idea whether this version of Jason Todd will delight the fans that were disappointed by Mattel’s costume choice for him. But I do know that Roy wearing a baseball cap looks dumb.

Clayface is the latest deluxe figure from Batman: Arkham City. He’s huge and, at $99.95,  has the price tag to match. And there’s more, including more Injustice and some Earth 2 heroines.

END_OF_DOCUMENT_TOKEN_TO_BE_REPLACED 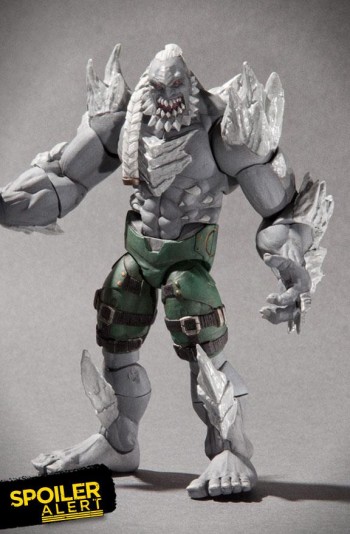 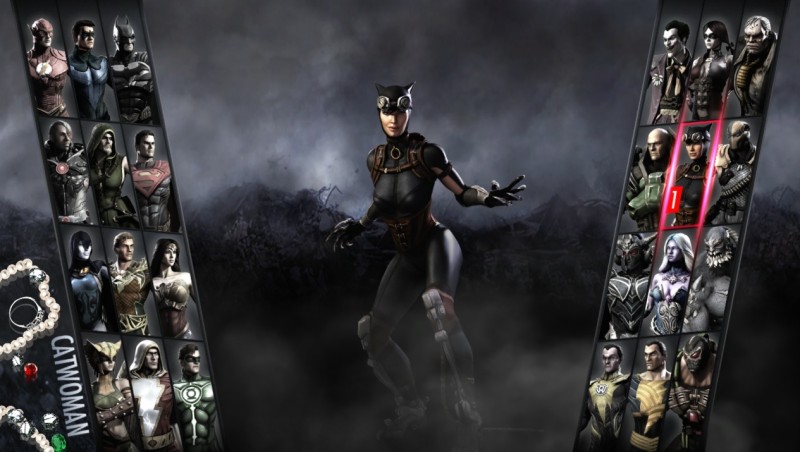 DC Collectibles has been posting teasers for the past couple days on the DC Collectibles Facebook page and finally unveiled the upcoming figure. It’s Doomsday, from the Injustice: Gods Among Us video game, and he will be part of DCC’s 3.75-inch line of figures. Joining Doomsday in the two-pack is Catwoman – I don’t think we’ve seen pictures of her action figure yet.

So far, there are 26 playable characters, including Lobo, who is the first DLC for the game. So far, DC Collectibles has 14 announced for this line, including: Aquaman, Black Adam, Catwoman, Cyborg, Deathstroke, Doomsday, Flash, Green Arrow, Harley Quinn, Nightwing, Raven, Solomon Grundy, Superman, and Wonder Woman.

That leaves: Ares, Bane, Batgirl, Batman, Green Lantern, Hawkgirl, Joker, Killer Frost, Lex Luthor, Lobo, Shazam, and Sinestro. I think there’s enough heavy hitters left to deliver all of these in 2-packs, as long as the initial line-up does well. How are you guys liking this line so far?

You can buy or pre-order Injustice: Gods Among Us figures at DC Collectibles, Entertainment Earth, BigBadToyStore, among others. 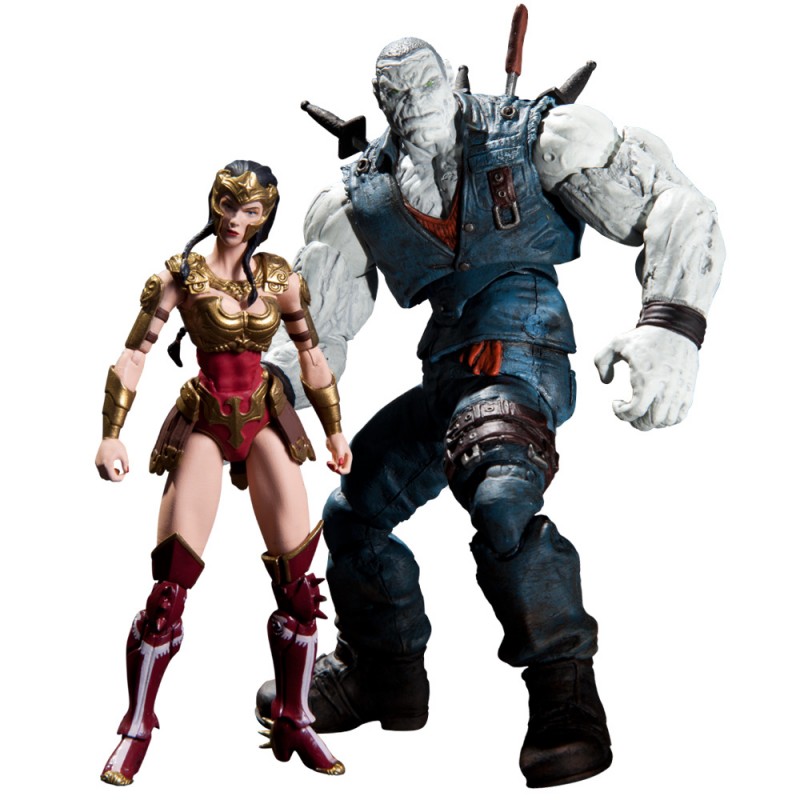 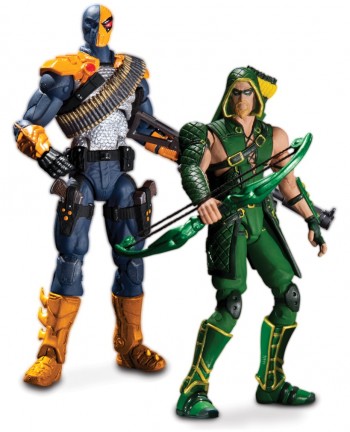 Don Cornholious may have found the Injustice 2-Packs expensive, even with a Buy Two Save Ten deal, but I don’t think even he could argue with free. IGN is holding a giveaway for two of the Injustice two-packs – Wonder Woman / Solomon Grundy, and Green Arrow / Deathstroke.

It’s an easy contest to enter – just comment on the IGN giveaway page which Injustice character you like best. The giveaway ends Monday, April 29.