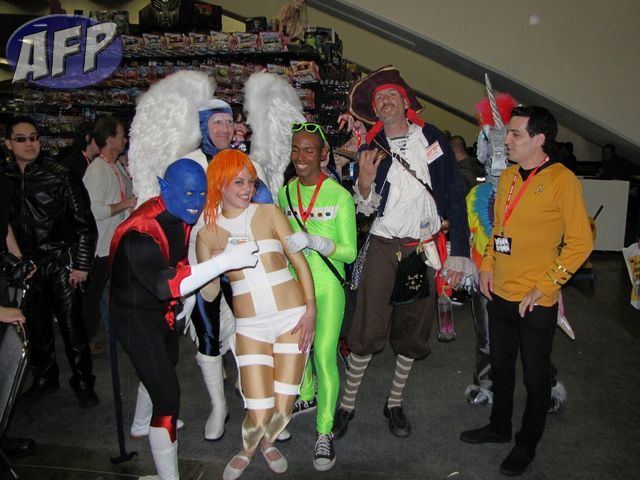 WonderCon, like all of the conventions that spawned out of the comics industry, has been repositioning itself as a pop culture event. San Francisco is only an hour’s flight away from Hollywood, so they’re attracting a decent showing by the movie studios promoting their opening salvos in the summer blockbuster season. Of course, because we spent most of our time in line trying for our chance to buy the DC Direct Black Lantern Hal Jordan and White Lantern Sinestro exclusives, we didn’t see any of the movie panels, which included Kick-Ass, Prince of Persia, Toy Story 3, and more.

After our torture in the raffle line, we did get to check out the floor for a little bit. Here’s what we saw!

Booth Babes (too few) and Cosplayers (too many) 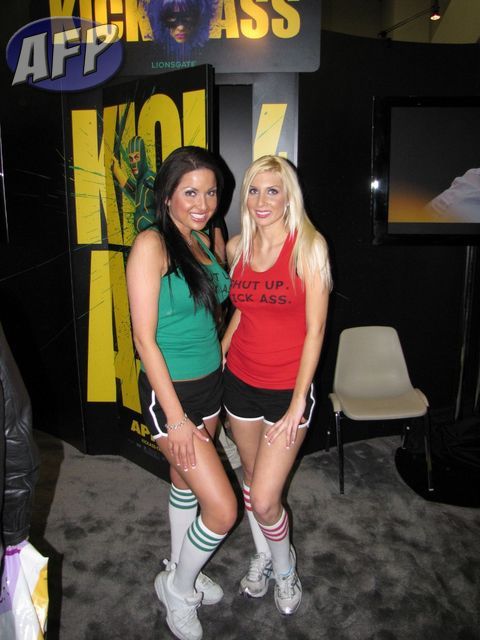 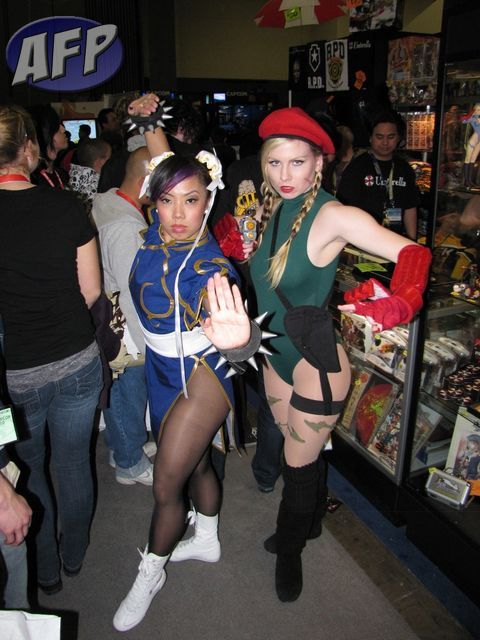 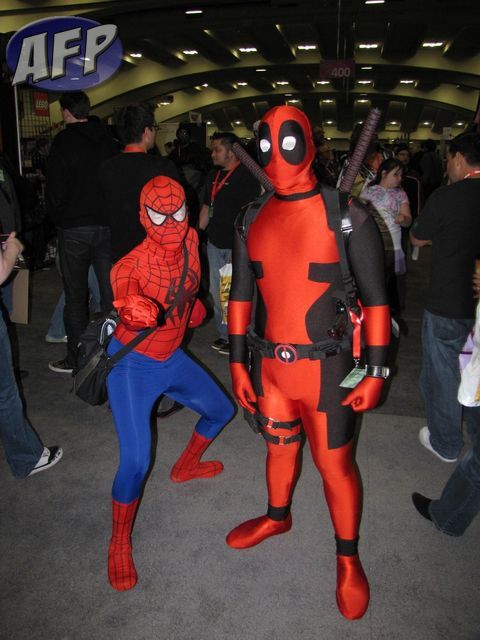 WonderCon is a much smaller convention than SDCC. Last year, it attracted 34K people compared to SDCC’s nearly 140K. But with the smaller venue at the Moscone Center (only part of it was used), the crowds feel just as tightly packed. And there’s a healthy proportion of cosplayers in that crowd. Just like in San Diego, they converge on the intersections of the show and attract the camera bugs, and that keeps the crowds from moving. And just like in San Diego, there’s lots of folks in very revealing costumes that probably shouldn’t be.

With a smaller overall crowd, there weren’t a lot of big companies, and consequently, not a lot of booth babes. Outside of the KickAss booth, I can’t think of any other that had booth babes present. A couple of the smaller booths had models present when they were promoting comic books featuring chicks killing zombies, for example, but on the whole WonderCon needs more booth babes. 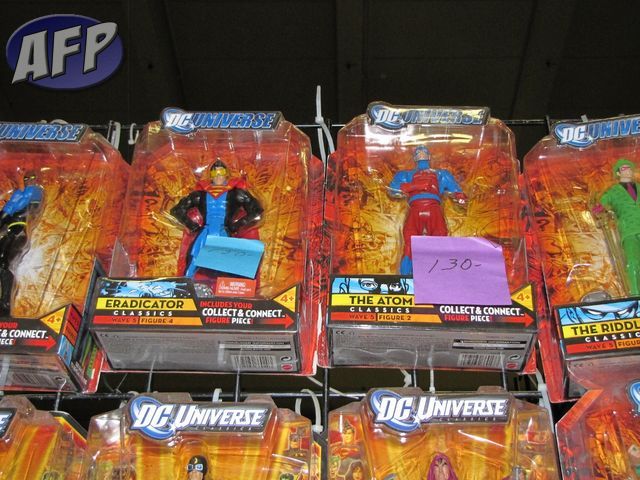 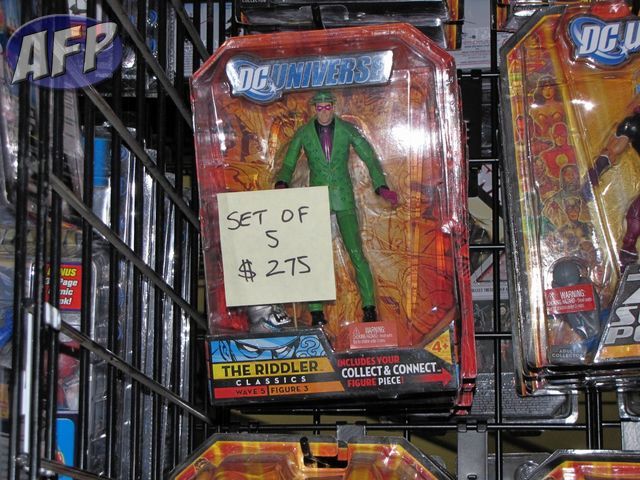 In a shift that marks the passing of an era, I suppose, the toy scalping has shifted from Marvel Legends to DC Universe Classics. And the hot series for the time being is the Wal-Mart exclusive Wave 5. Lots of the small vendors who sold toys had prominent DC Universe Classics displays, and the prices on the Wal-Mart wave were astounding. Would you pay $130 for an Eradicator or Atom? Or $275 for a complete set?

I didn’t see a single Marvel Legends figure priced over $40 – but then again, some of the more rare, traditionally costlier figures, like Deadpool, Stealth Iron Man, and Dark Phoenix, were nowhere to be found.

I happened across a booth that focused on urban vinyl figures, and they had some customized Marvel Mighty Muggs on display, including sets featuring the Teen Titans and a bloodied X-Force. Seeing Muggs customized into DC characters reminded me that Mattel doesn’t have an entry into the vinyl category yet. I wonder what happened to the Attitubes. 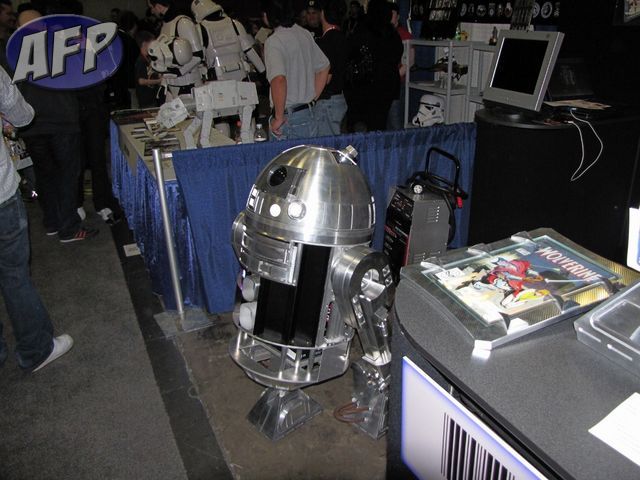 While I was waiting for my wife to buy some plush figures and t-shirts, at the next booth over were the Totally Wired Droids crew. They manufacture droid parts for folks like the R2 Builders Club, a group of folks that make their own astromech droids. This partially completed R2 unit was beeping and booping, turning its head, and rolling back and forth. I almost took a brochure, but really can’t afford another hobby.

My wife has a knack for finding the stuff she’s interested in by using her very well-developed shopping radar. She found a booth that had a bunch of urban vinyl by artists who must be pretty famous to be able to charge what they do for these little sculptures. We bought a Frank Kozik Potamus there.

I’m not sure WonderCon will ever approach the spectacle that is San Diego Comic-Con, but it was definitely a fun diversion, and a good warm-up for San Diego. I realized that I am totally out of con shape, having quickly tired of waiting in just one crazy line, and not having much tolerance for the congested walkways. I’m gonna have to start training for SDCC.