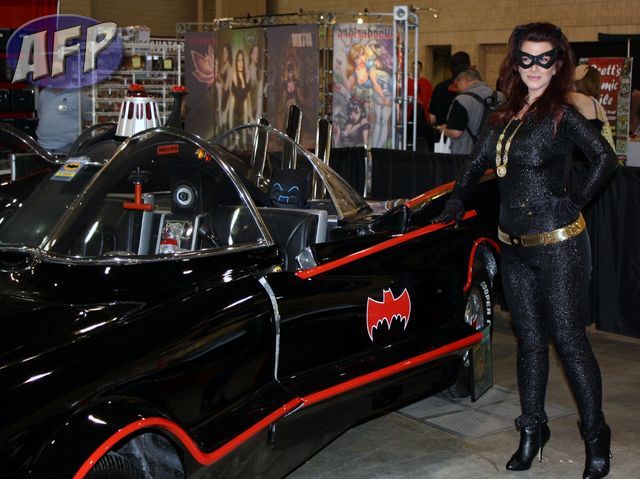 I didn’t go to Wizard World Philly, but because we had heard that Mattel would be introducing a new Masters of the Universe Classics figure (it turned out to be Carnivus) when the Masters line was getting inducted into the Toy Hall of Fame, I recruited my good friend Ayeffkay to go on my behalf. Here’s some pictures that he sent our way. 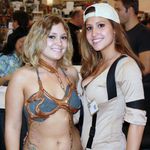 I guess Wizard World Philly is on par with WonderCon when it comes to booth babes and cosplayers. There just didn’t seem to be a lot on the floor – but then again, I’m spoiled by San Diego Comic-Con.

When it comes to cool stuff, movie vehicles seem to be a good draw. You can’t really top the two classics – the Batmobile and the time machine from Back to the Future. I like how they had a spare Bats mask for people to wear.

I wonder if the Philly chapter of the Ghostbusters will make it to San Diego for the big group Ghostbusters shot. 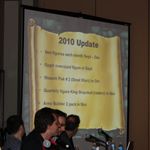 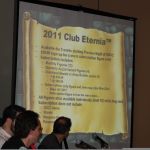 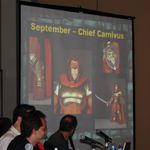 As this was the big draw, at least for me, I’m glad Ayeffkay could make it and snap this pics. For the remainder of 2010’s Club Eternia subscription, we learned that we’d be getting Chief Carnivus in September, a 2nd Weapons pak in October, and an army builder 2-pack in November – Eternian Guards? Horde Troopers? I’m sure Army Builders will cause server meltdowns on Matty sales days.

Mattel also confirmed that the 2011 Club Eternia sub would be an all-in program, including the monthly figures, quarterly variant figures for the A-listers, and 4 oversized or army builder packs. There had been earlier speculation when Matty suggested that the oversized packs could go as high as $60, but they only listed three $30 items and one $40 item.

There’s been some amount of backlash over the announcement of Carnivus. I guess there’s folks who didn’t expect Mattel to dig deep into 200X for character choices, but if we’re going through 2016 with the line, I’m sure we’d exhaust the vintage lineup pretty quickly if that’s all we were getting. Would I have rather had Jitsu instead of Carnivus? Sure, but I know Jitsu will make it eventually.

Big thanks to Ayeffkay for the pics!