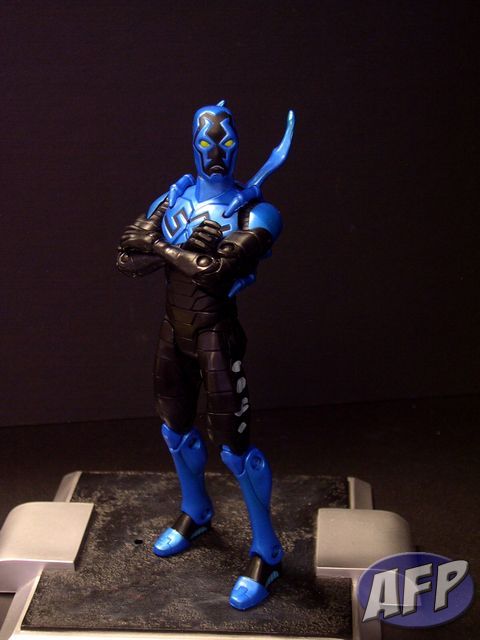 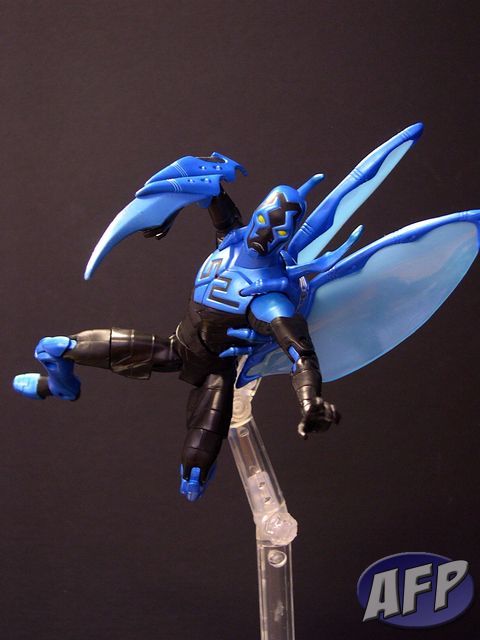 The double-jointed elbows really help with posing those arms close to the chest. Beetle can cross his arms or even do a martial arts stance (especially since his wrists have hinge articulation). They’re also great for those reaching over your back poses. 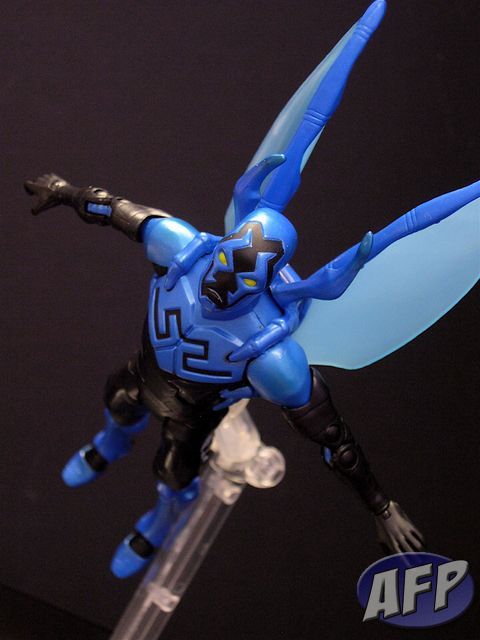 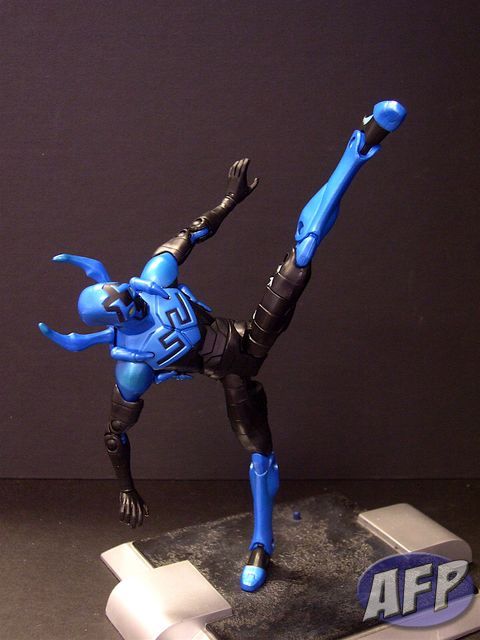 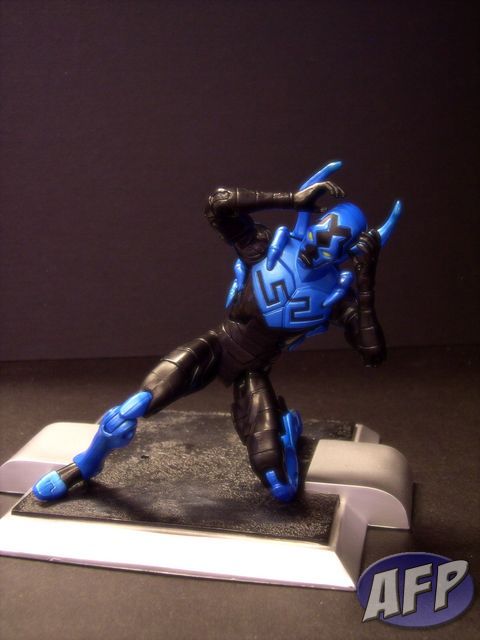 The double-jointed knees make the leg posing a little more natural, in my opinion. They’re great for giving extra movement for crouching and kneeling poses. For flight poses you can bend those knees all the way to get that lower let closer to the thigh. 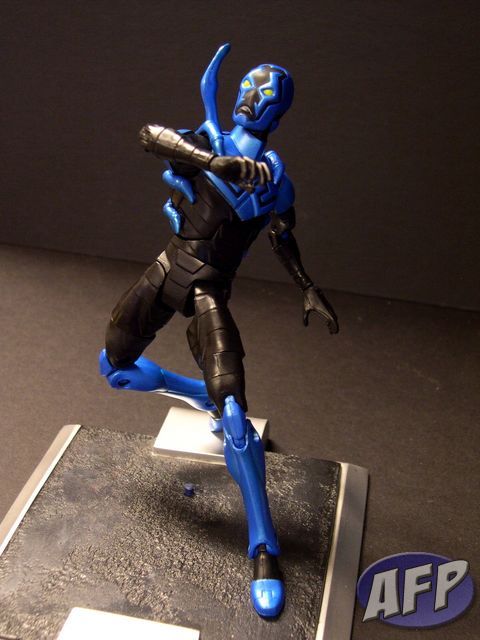 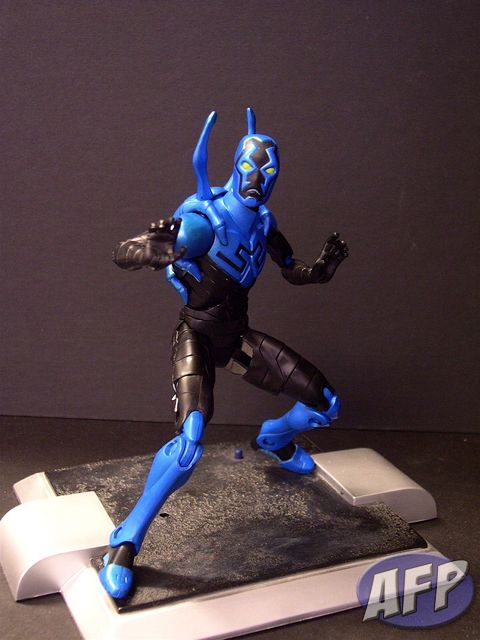 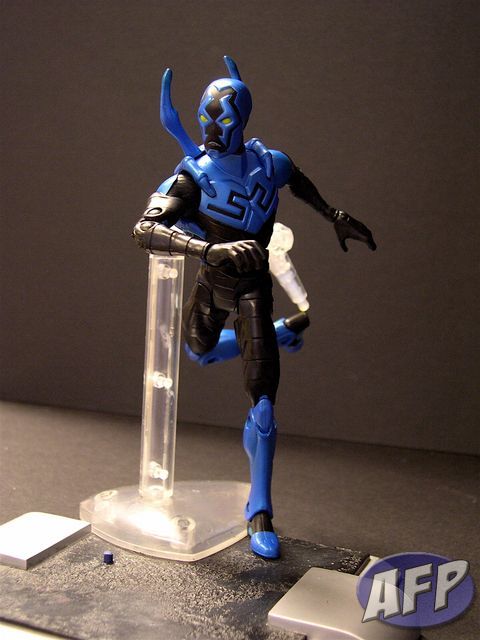 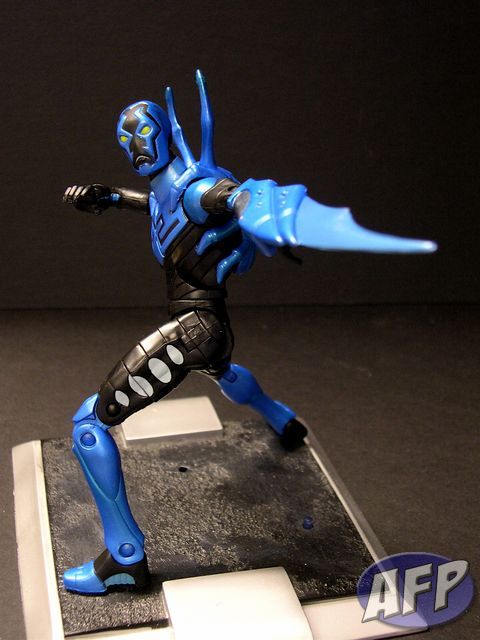 Now, most of these poses can be done by the regular DC Universe Classics body, but in my opinion, the double-joints make them look more natural looking.

I doubt that this would be the standard for DCUC, but I’d love to see Mattel use these joints on characters that use their flexibility in battle, like martial artists or acrobatic characters.

Some people might not like the rubbery knee joint. I tried doing a running pose a la Flash, but the joints could not hold the figure on one leg in a running pose (I had to use a stand for assistance). The soft plastic tended to bend to the side.

I’m a poser though, so I love the new articulation. I’m excited to see who gets this type of artculation in the future (I wish most of them). Heck, I’d even get the Big Three of Bats, Supes and Wondy again if they had double joints! Ooh and Nightwing needs these joints too…

That’s it thanks for looking and I hope you all enjoyed the pics!!! 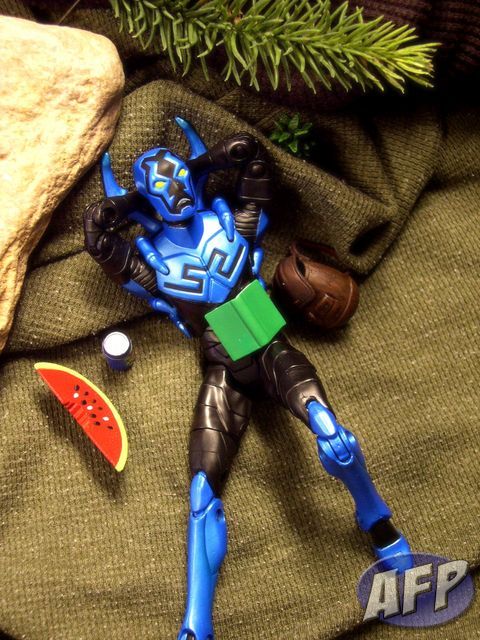