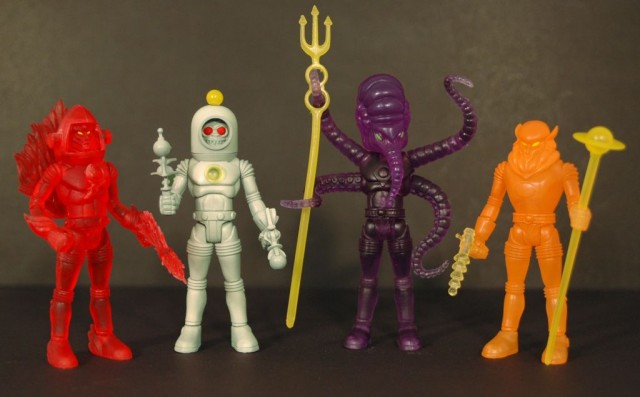 We’ll be looking forward to seeing the Four Horsemen at San Diego Comic-Con. This year, they’ll be bringing some exclusives for their recently licensed Outer Space Men line. These are really starting to shape up from the test shots we saw a few weeks ago – they look like a lot of fun!

Dubbed the “Alpha Phase Waves”, each exclusive OSM character will be done in a color that represents them as they utilize their “phase” mode to secretly invade Comic Con. These color versions are completely different from their upcoming regular edition versions! 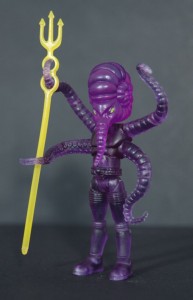 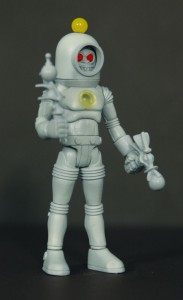 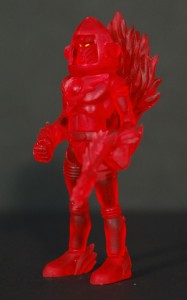 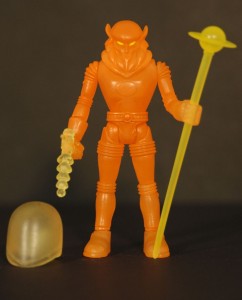 Each exclusive version is limited to a total production run of only 300 pieces each, so they’re guaranteed to go FAST!

But if you’re worried about getting to Comic Con in time to get your Outer Space Men exclusive figures, fear not!

The Four Horsemen vow to never forget their long-time fans, and are planning to make a very limited amount available for pre-order through their own online retail outlet, Store Horsemen (http://www.StoreHorsemen.com)! The figures will be available through Store Horsemen ONLY in full sets of all four characters for $40.00 each, plus shipping, and will be limited to one set per customer.

To get in on the Outer Space Men pre-order, you’ll need to be a registered FANtastic Exclusive forum (http://www.FANtasticExclusive.com) member (please follow registration instructions carefully) by Monday, July 12th at 6:00pm eastern standard time, and when ordering you’ll need to include your message board screen-name in the comments box to be eligible!

Failure to follow the registration and ordering directions will result in the cancellation of your order. All sales will be first come, first serve, unless cancellations occur.

Details of the pre-order sale will be posted in the Outer Space Men thread on FANtastic Exclusive.com on Monday, after the registration deadline.

So be sure to hit Comic Con booth #4045 to pick up your extremely limited Outer Space Men Alpha Phase waves, or head on over to FANtastic Exclusive to register to the message boards, and keep your eyes peeled for more Store Horsemen Outer Space Men sales information NOW!