Ron’s note – no, you’re not seeing double. We loved the Noir de Plume so much, we had to have two reviews for it. 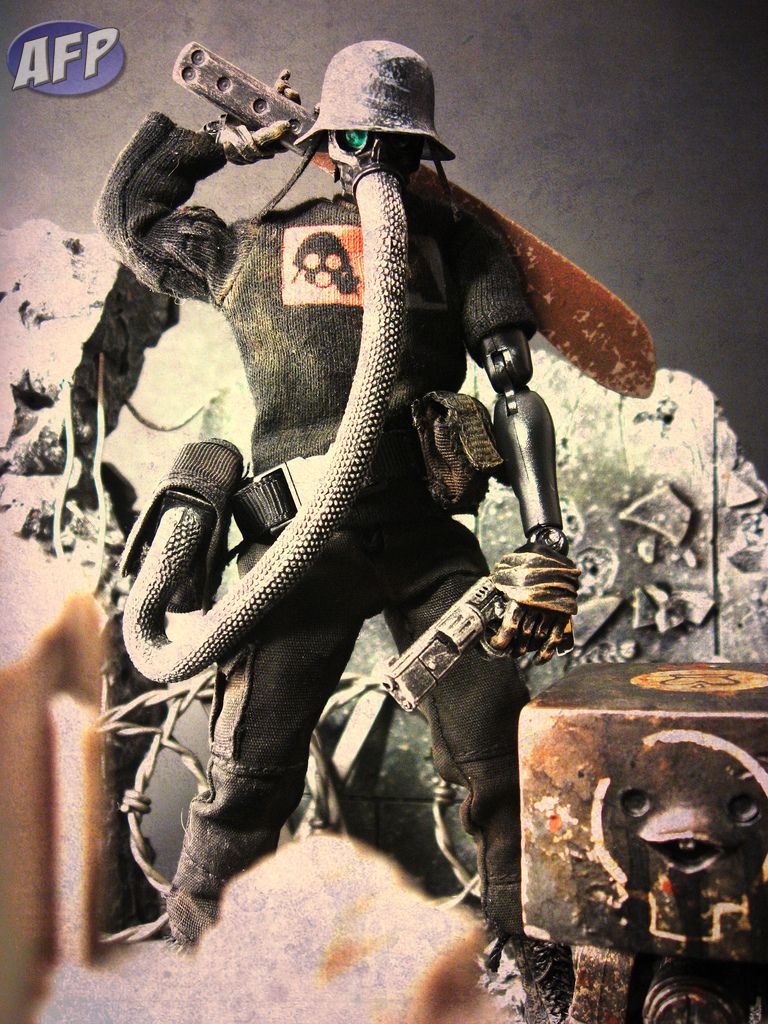 World War Robot Portable from ThreeA Toys has proven itself an amazing line over and over again. The latest addition to the human cast of WWRp is Noir de Plume, a 1:12 black “repaint” of the 3AA exclusive Nom de Plume from last year. 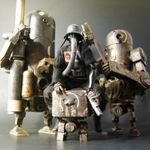 Amazing poseability, amazing details, a cool gun and ammo belt accessory all make Noir a really fun figure. If I had to pick a negative about the figure it would be the boots. They are on one swivel joint and have no ankle movement, which can make it difficult to do some standing poses, and makes some wider stances look  a little odd.

And just for fun, here is Noir on the previously featured custom motorcycle. He fits great and matches the colors well. 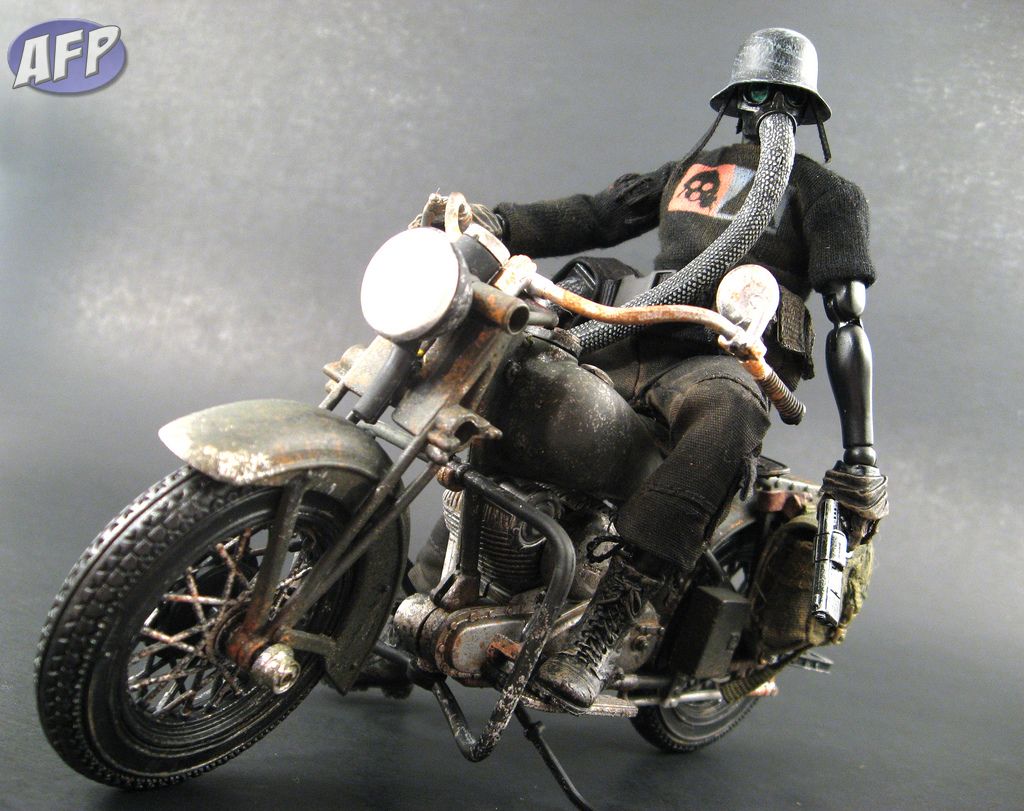 Noir is running about $80-150 on the secondary market now, from $45 retail, so it may be hard to justify the price for a small figure like this, but if you can get one for a decent price, he comes highly recommended, and looks great with your other World War Robots. For a figure to scale with most Marvel Legends, the detail and articulation is really quite insane, which is all the more reason to love little Noir.