Right on the heels of his Red Under the Bed review, guest reviewer moldie13 is back – this time with a review of the Noir de Plume from the World War Robot portable line from threeA Toys. His previous AFP reviews include the WWR Heavy Bramble MK 2.5 Gravedigger and the WWRp Armstrongs. 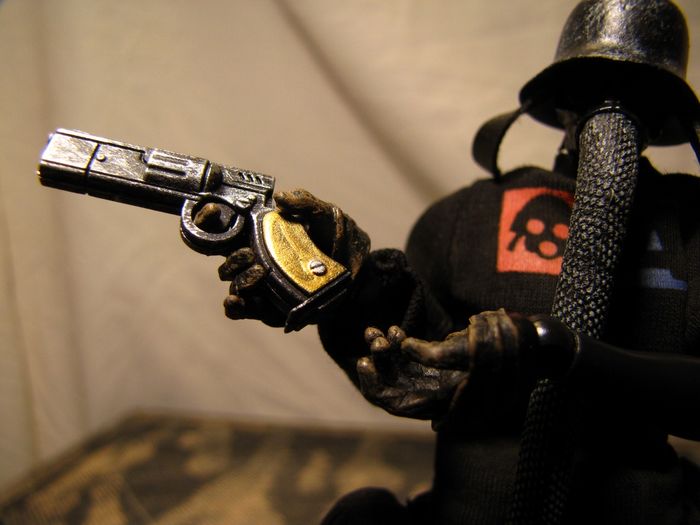 The threeA deliveries have been insane as of late – it seems like every week since Christmas has been Christmas all over again. A little bit of threeA history – it takes quite a bit of time from the point at which toy orders are placed to the time toys are recieved, as threeA tends to make quantities to order. It’s a challenge for us collectors eager to have these things in our twitchy little obsessive compulsive hands. As I mentioned in the “Red Under the Bed” review, we’re talking nearly a year from the time the order was placed to the time the orders were finally in-hand, though that was a pretty severe case. It’s an issue threeA admits to and is trying to correct – though, admirably, they refuse to compromise quality for quickness. And unlike other small toy companies, they do actually deliver on their promises, and aside from personal nit-picks in regards to certain articulation elements, I have yet to be fully disappointed in an order.

About a week ago, I opened my door to find a small, relatively thin package shoved under my doormat. I hadn’t expected it, but I knew what it was instantly – the WWRp (World War Robot “portable”) Noir de Plume. 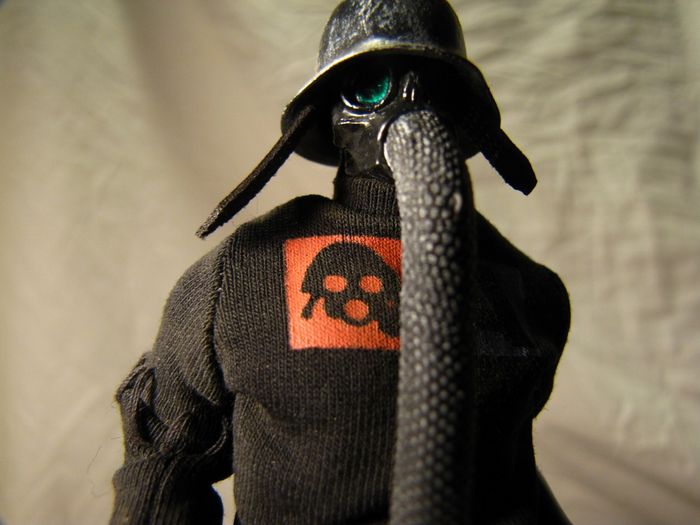 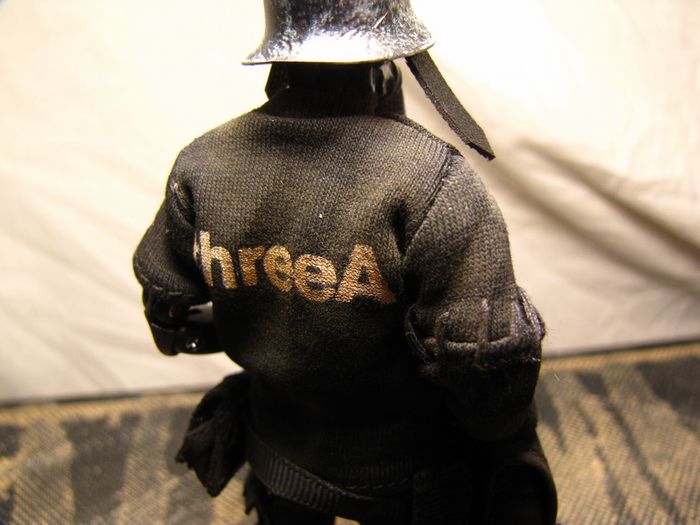 The WWR universe isn’t entirely about robots – it’s supplemented by human characters as well, namely the “de Plumes.” I’m not entirely certain what the different design schemes represent from one to the next. I don’t know their context, but I do know that their presence in the WWR atmosphere adds a lot. It brings a certain amount of relatability to the line. As a collector who was dragged back into toys in my early twenties when Spider-Man Classics birthed the godfather of all action figure lines, Marvel Legends, I know six-inch scale figures. They’re the bulk of what now fills several plastic storage bins in my closet. I really dig little plastic human toys, especially to pose with my little plastic robot toys.

So far there have been short of a handful of de Plumes represented and released in the WWRp line – Nom de Plume, Gebi de Plume, Blanc de Plume, and now Noir de Plume. A do-it-yourself (DIY) de Plume has been announced, but so far no context for how he’ll be offered has been announced.

The WWRp Noir de Plume, size-wise, fits perfectly in scale with most other six-inch (1/12) scale action figures, but the level of detail on the figure tends to shove him into his own category. It’s the same with the robots, frankly. As great as they are, they out-do almost any other figures from any other six-inch line you could set beside them. As pablolobo mentioned in his review of the Blanc de Plume, rarely, if ever, do you find clothing in six-inch scale that doesn’t look ridiculous. But with the de Plumes, the pants and the shirt seem almost exactly perfectly scaled for the figure. The added “filth” on the clothing gives it a texture, too, and though noir is a bit cleaner as compared to the Blanc I own, there is still some grime. And what little is there adds quite a bit. 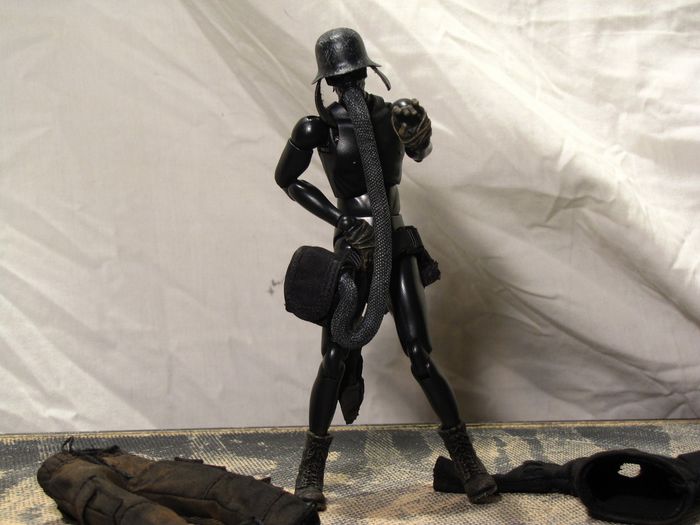 The base figure is essentially comparable to a scaled down generic Hot Toys base body. Or even almost an up-scaled Takara Microman body. The articulation is amazing – ball-jointed neck, shoulders (which also rock forward and back), chest (around the ribcage), waist, hips and wrists. He has double-jointed elbows and knees as well.

He comes with an adjustable belt with a working clasp that holds a few pouches, a holster (for his only weapon – a cool-as-hell pistol) and a pouch that contains the canister for his gas-mask tube. The helmet is part of the head sculpt, as is the mask, and the hose is attatched, but is flexible enough not to hinder poseability much. The gloves are sculpted and painted extremely well, as are the boots. Though the gloves and boots are cast in somewhat softer plastic, the boots do have a tendency to limit the poseability to a degree. You can’t pivot the ankles to flatten out the feet in wide stances, which can cause a bit of a challenge geting him into great poses. But honestly, almost anything you can imagine to pose him in, you can do it with enough determination. It’s rewarding enough to undertake, considering what an awesome figure he really is. You know that you can make him look bad-ass, so it’s worth doing.

Among collectors, there’s the age-old debate about collecting loose versus on-card figures. Most of us these days tear the bastards out of the package and play around with them without much thought. threeA has provided those of us with “loose inclinations” to pause, even just for a few minutes… The packaging was designed as a very clear and direct homage to the classic star wars figures of old. Even down to the card-back roster with the colored backgrounds for each character. Of course the card itself is nearly twice the size of the old star wars cards (WWRp is a six-inch scale series after all), but it’s such a clever and cool design. It was hard for even a full-blooded “opener” like myself. I had to take a few deep breaths before tearing the package (caaaaarefully) open.

Frankly, though the prices of the WWRp de Plumes is high (Noir de Plume cost a slobber-knocking sixty bucks American, though shipping was included), I’m eager for more. They’re just such well made and amazingly designed figures that it seems truly worth the price. threeA doesn’t make kids toys, that’s for sure. Even if i have to pass on other toys or scrimp and save, collecting their stuff feels like a graduation of sorts.

threeA’s WWRp is a line that’s truly worth following.