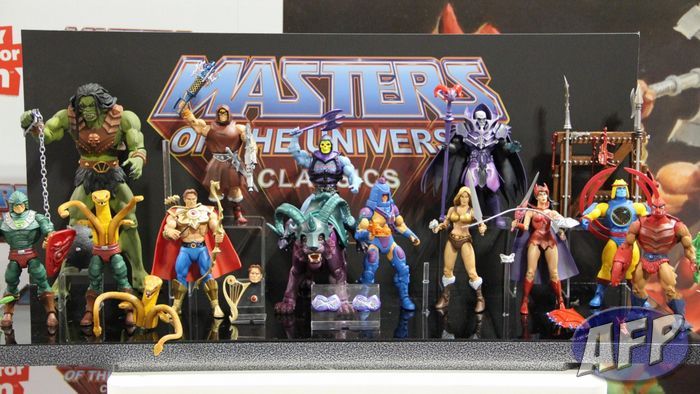 Mattel held their Collector Event at Toy Fair yesterday afternoon, and it’s gotten a lot bigger across the board. By that I mean more figures on display, a little more space to do it in, and a bunch more people milling about. We’ve got a ton of pics to process and share, so in the interest of getting something up in a more timely fashion, we’ll cover Masters of the Universe Classics first – while they had new figures to show, it wasn’t an expansion like we’ve seen with DC, which has a bunch of new lines coming (we’ll get to those hopefully later today).

First off, the DC Universe Classics vs. Masters of the Universe Classics 2-packs have been successful at Toys R Us, and those are continuing. For those of you who picked up Toyfare magazine (RIP), you’ve already seen the cosmic 2-pack, with Zodac and Green Lantern. A She-Ra and Supergirl 2-pack is also on the way – an odd choice to me because you’d think Wonder Woman would be the shoe-in for re-release, and Supergirl’s stature will make the size difference that much more apparent. 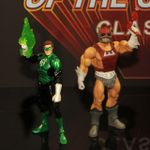 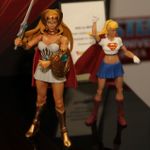 Mattel also announced the Masters of the Universe Classics lineup through August, with all the figures on display. Remember, with the exception of the Palace Guards 2-pack, if you are a Club Eternia subscriber you’ll be getting all of these figures automatically. 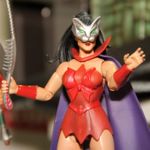 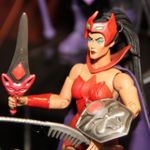 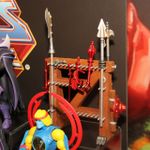 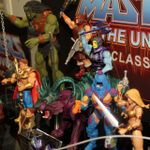 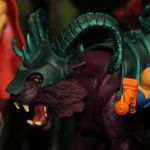 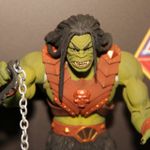 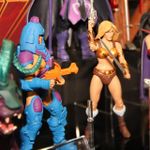 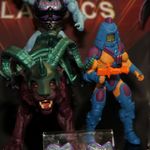 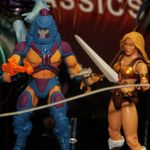 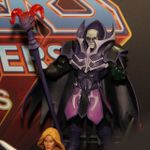 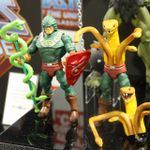 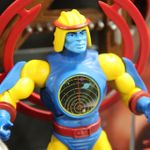 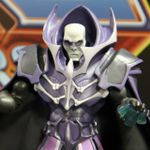 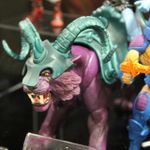 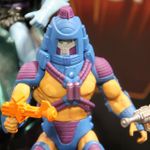 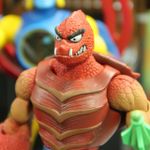 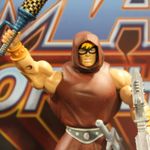 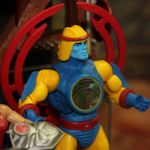 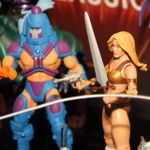 Here’s some quick notes on the figures we saw:

Finally, Toy Guru talked a little about Swiftwind (thanks for the correction, Robert). Swiftwind will still be coming this year, in November, as the final oversized figure. The intent was to make it so She-Ra could ride Swiftwind – she can, but not that well. So Mattel will be reissuing She-Ra on a new female buck that will be better articulated and better able to ride Swiftwind. This re-issue will *not* be part of the Club Eternia subscription and will be available on the same sale day as Swiftwind.