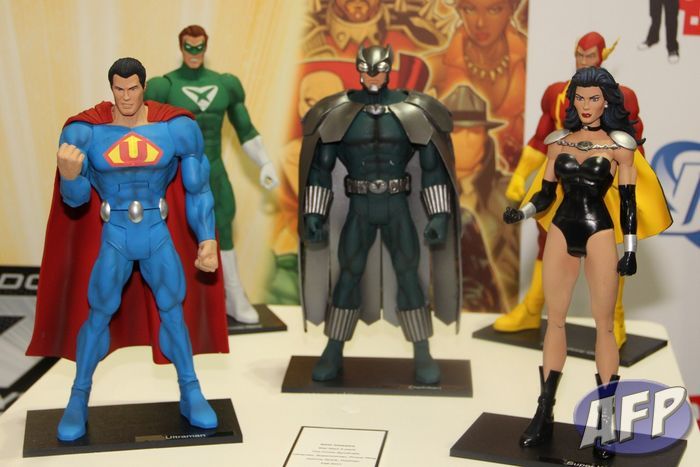 Mattel managed to wow me with their DC Universe Classics on display at Toy Fair yesterday, despite the persistent leaks of upcoming waves of figures in the main line. There have been broadly discussed rumors that wave 17 of DC Universe Classics would consist of the Rainbow Deputies in Blackest Night, and more recently the focus had been on wave 18 being made up mostly of the remaining SuperFriends, Black Vulcan, Samurai, El Dorado, and Apache Chief. And yes – it was all confirmed yesterday.

I honestly didn’t spend a lot of time here – as much as I enjoyed the Blackest Night storyline, I don’t feel the need to have the deputy Lanterns on my Green Lantern shelves – those are already jam packed full of Green and Yellow Lanterns, with more Corpsmen from the other Corps on the way (more below). But hey, I know this line is for more people than just me, so I’m psyched for you if this is right up your alley. Diana, Lex, and Scarecrow are the ones I found most interesting here. 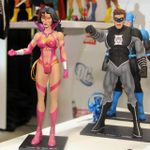 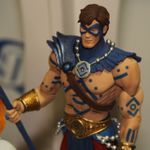 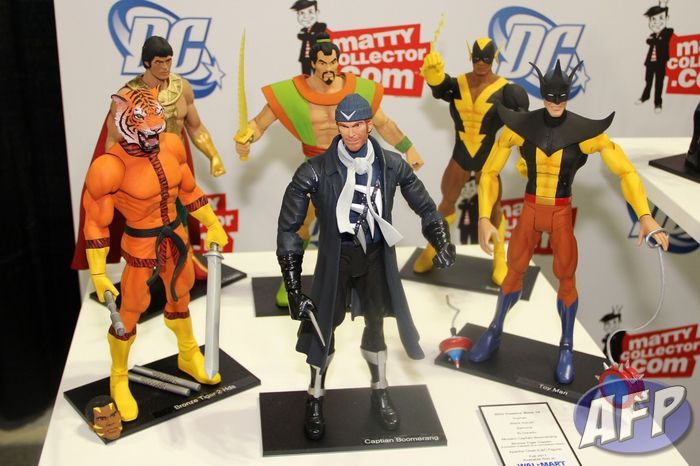 Even more than 17, this wave had a polarizing effect on the community. The inclusion of Superfriends Black Vulcan, El Dorado, Samurai (and the Apache Chief Collect & Connect, who wasn’t shown) has the comics purists up in arms – but I think everyone has got to admit that the Horsemen made them look badass.  And to the chagrin of many Flash fans hoping for a Digger Harkness version of Captain Boomerang, they’ve made his son Owen, who featured more prominently in the more recent comics Identity Crisis and Blackest Night. Toyman, another Superfriends selection) and Bronze Tiger round out this wave. I’m still trying to figure out who the anchor characters are – but I guess that’s the job of the All-Stars. 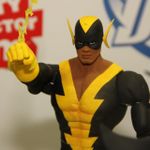 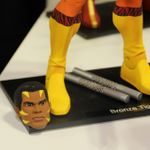 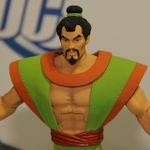 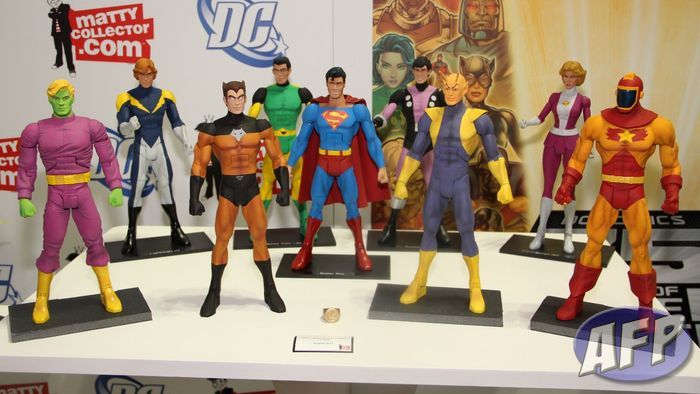 I’m not really a LoSH fan, but for those of you who are, they had most of the planned box set on display. I think it’s a little worrisome that this keeps getting pushed back (now targeted for Fall 2011), and I’m wondering if the size of this sucker is part of the problem. Twelve figures at around $15 give this a price tag of around $160 – not confirmed, but Toy Guru did say again the $15 price point for each figure – and I wonder how much easier it would be to get this done if the Legion cartoon had gone for a few more seasons.

Hey, it wasn’t all stuff everyone and their mothers have been talking about. Mattel more or less snuck one in with the combo classic and modern 5-pack for the Crime Syndicate. They had hinted about one re-do who turned out to be the modern version of Ultraman and four new characters – modern Owlman, modern Superwoman, classic Power Ring, and classic Johnny Quick. 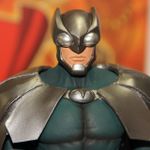 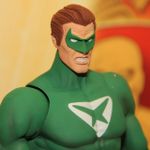 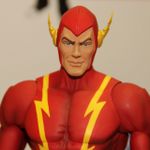 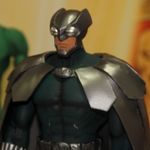 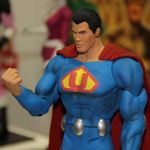 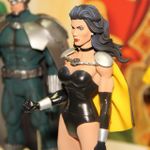 Mattel had been telling us that interest in the Syndicate had died down after the initial 2-pack and the Superman / Batman animated movie, but all the while had been planning this 5-pack. Sneaky! The modern / classic split is an interesting way to do it, though, and if this pack doesn’t sell well, it’ll be a crime if we don’t complete either team. So let’s hope these do really well at Wal-Mart. 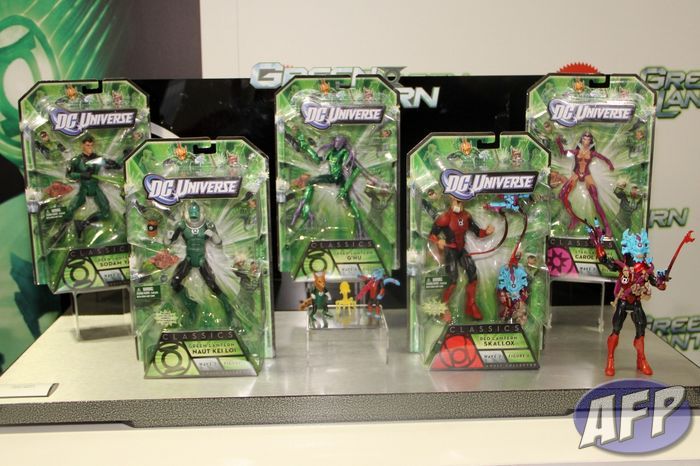 I’ll finish off with GLC wave 2, which should be hitting very soon. Yes, I’ll have another Toy Fair update for the Green Lantern movie products, but these are really an extension of DC Universe Classics, as they’re intended to fit in perfectly. 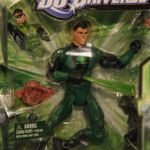 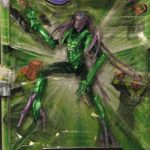 I should be providing a closer look at these very soon, as Mattel was kind enough to give some samples out to folks attending their Toy Fair event. Yay!