“Evil Insectoid Steed Carries Hordak  Into Battle! It’s the most awesome insect of all!” 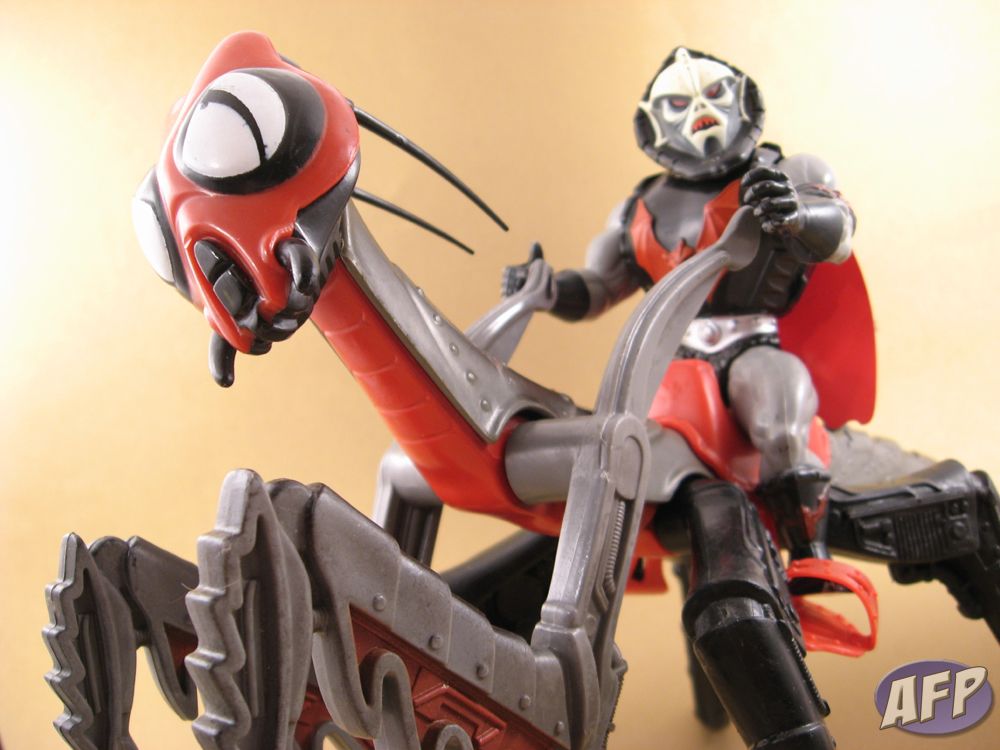 Alright, I’ve avoided it enough, I figured it was about time I shown a little light on some vintage MOTU, since it is technically a retro toyline. Wayback Wednesday prefers to stick to lesser-known toylines, but I’ll make an exception for this one, because it’s awesome.

AS with most MOTU “vehicles”, this one has plenty of sculpted detail. The black spray along the length of the back adds some depth that really helps as well. The sculpted rivets along the body and the small details like the barely-there bat on the saddle really add to the cool factor.

Mantisaur is meant for Hordak to ride him, and Hordak looks great upon his insect steed. His feet sort of fit into the stirrups, and his hands sort of hold onto the bars. But for a vintage toy, this is better than most. As far as action features go, Mantisaur isnt too exciting, he is more look & design than anything. He has a small rotating blaster on the back (how would Hordak use that?) and his two arms can lift up, grabbing other Masters figures to run away with. 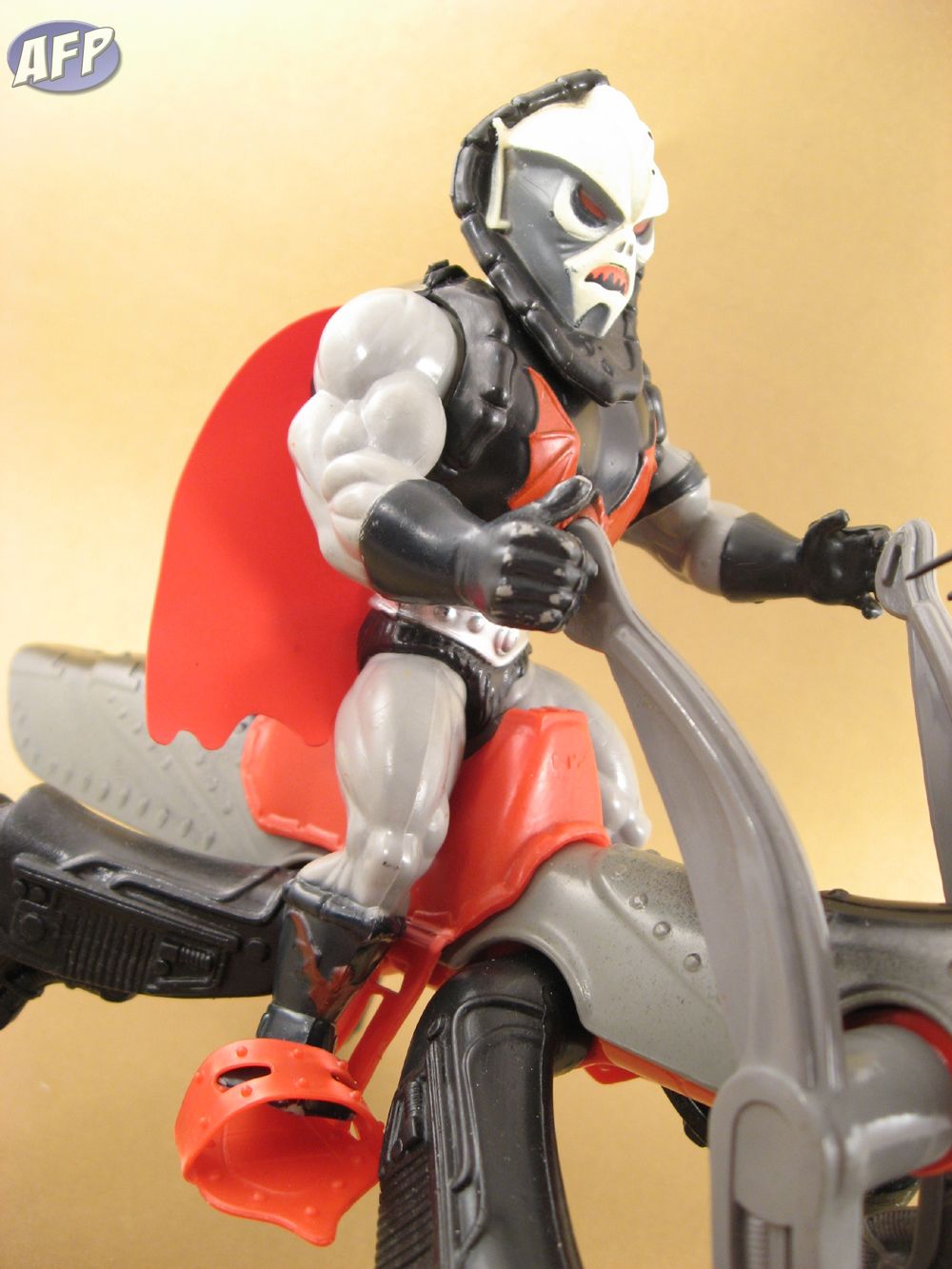 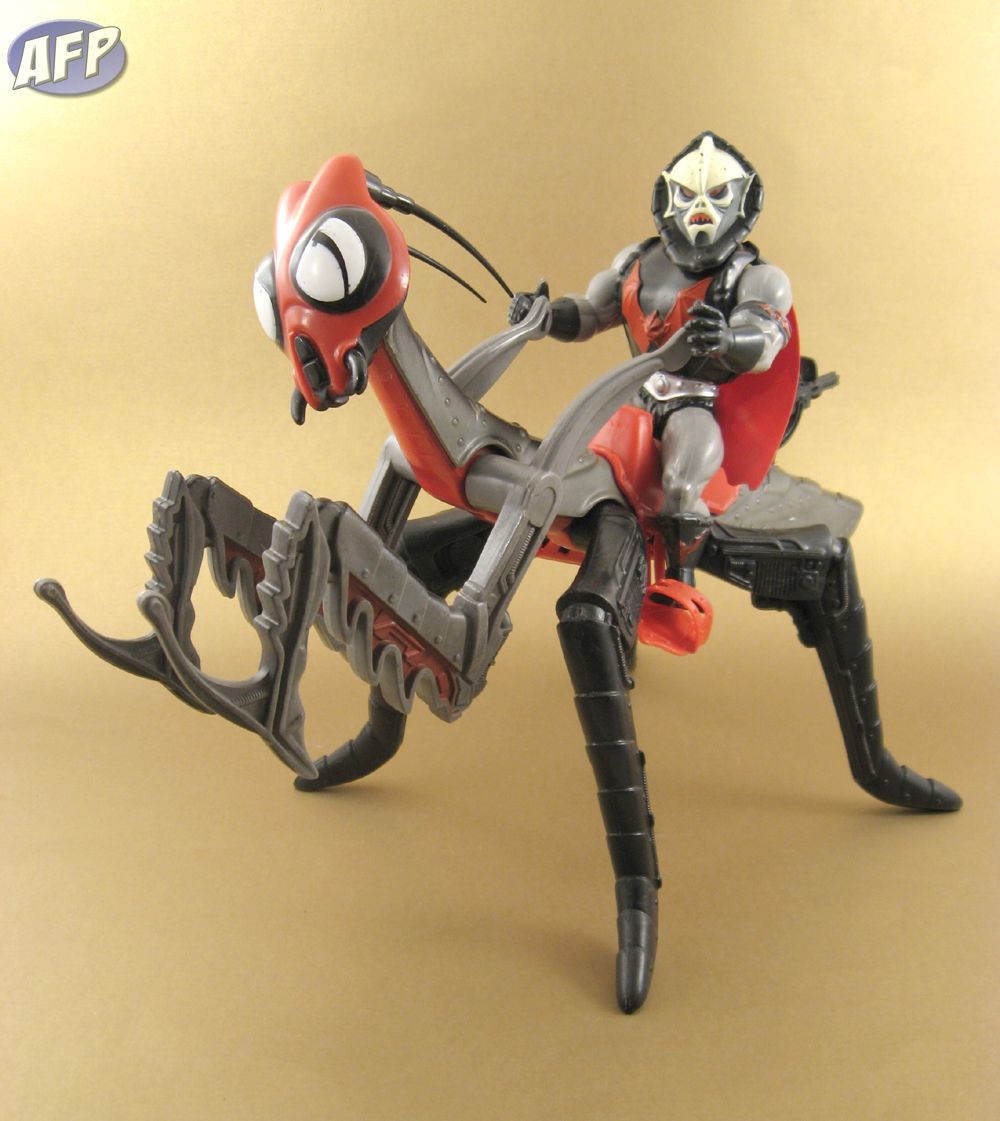 I will admit, Mantisaur’s biggest attraction simply has to be his look. Possibly size. The design of the head in particular bears a strange resemblance to another Horde member, Mosquitor. 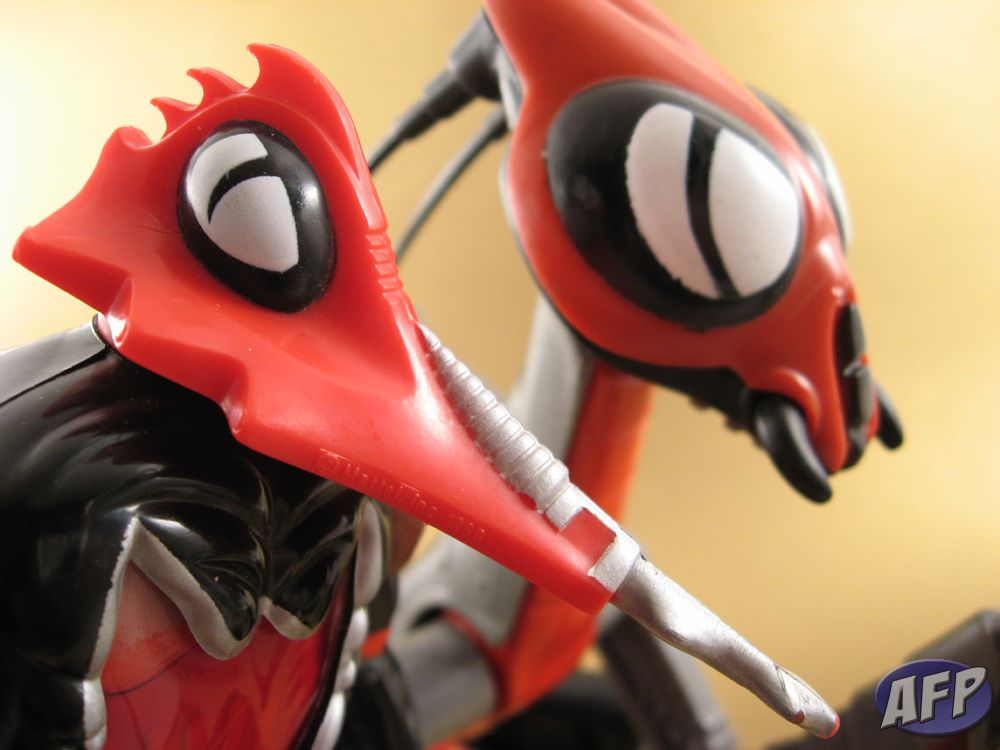 Due to his size more than anything, Mantisaur looks great fighting off He-man & Battlecat, as he towers over both fairly easily. Hordak riding this thing looks like he could take on He-man & Skeletor himself.

And yes, Classics Hordak can sort of ride Mantisaur… 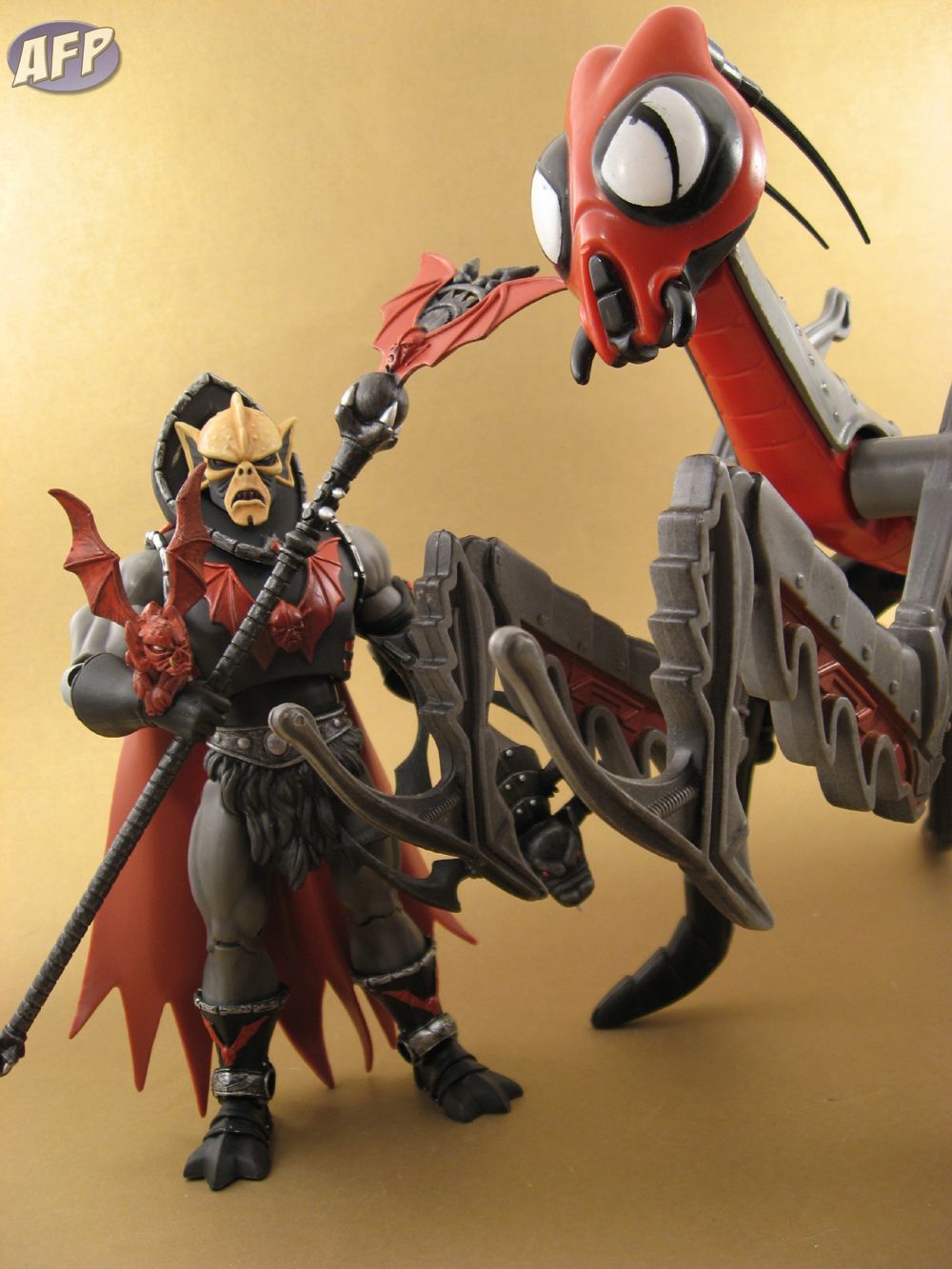 I can foresee sneaking in some more vintage MOTU in the future, so if you liked this, then good. If not, there will be plenty more obscure toyline spotlights in the future as well. Until next time, don’t forget to play with your toys!