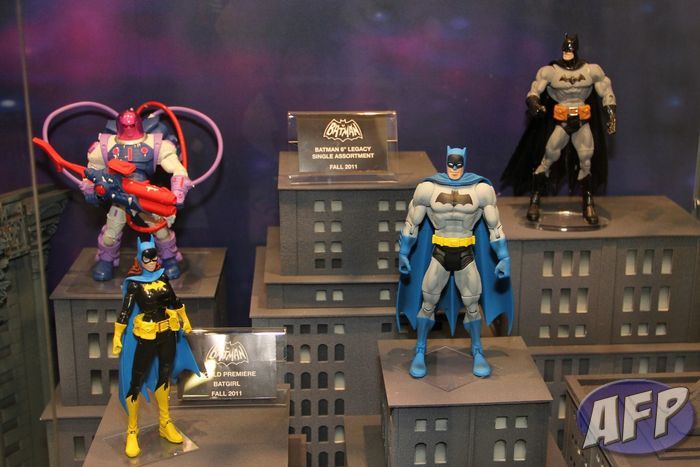 Continuing our coverage of Mattel’s display at WonderCon, here’s a look at the line-up of Batman Legacy, due out this fall. Featuring a mix of repaints, kitbashes, some new tooling and some completely new figures, this looks to be a line extension that will transition into movie toys for The Dark Knight Rises next year. While there’s some figures here that I can’t wait to get, I hope that this will transition into something more like Green Lantern Classics at the start of 2012, with more new figures of Batman and especially his rogues gallery. 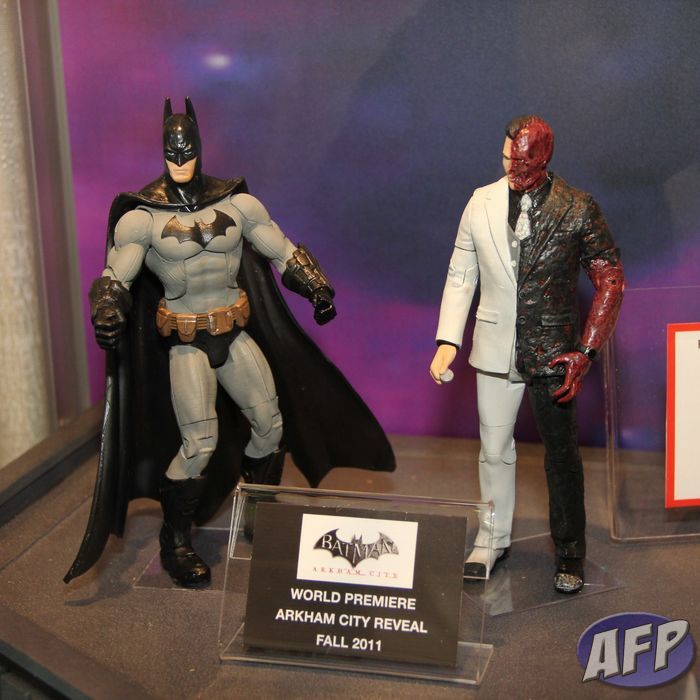 I ended up taking a lot of pictures of the Dick Sprang-inspired Golden Age Batman that was revealed at C2E2 in 2-up form. I think this figure will give me a reason to open the Sprang-inspired Robin variant from DC Universe Classics wave 16 that I have sitting in the pile of packages behind the door that my wife keeps threatening to eliminate. I couldn’t help but think something was off with this painted prototype, though.

Getting a better look at the 2-up on display helped narrow it down. I think there’s two problems with the head on the smaller figure. First, it looks like it lost a bit of the crispness when they shrunk it down to 6-inch scale. You can see that the ears aren’t as pointed and there’s less definition on the nose and mouth. Also, the painted blue eyebrows lost a bit of the Sprang quality when rendered as a simple arch. The paint job on the 2-up captures it a bit better.

They also had the Golden Age Joker on display in 2-up form. Normally I am not a fan of artist-inspired figures, as I do like some cohesiveness in my display – but for these guys I am starting to come around.

Stay tuned for more Mattel as the week progresses. Thanks for looking!