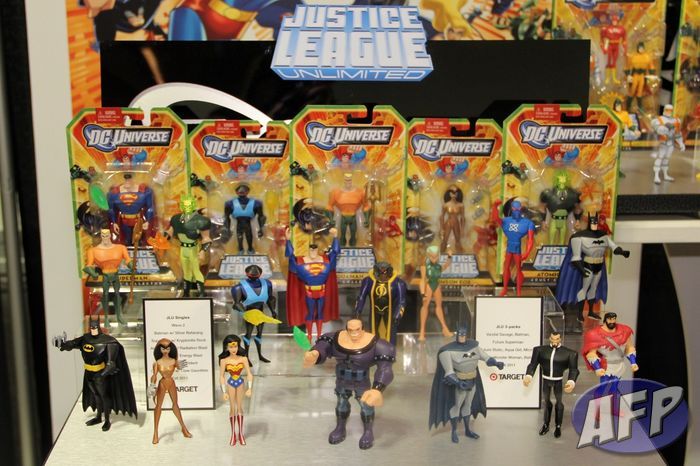 With DC Universe Classics and Green Lantern Classics covered, there’s still a lot to be covered in the DC Comics brand. I’ll cover the remaining lines, with the exception of the Green Lantern movie toys, in this article.

We’ll start with JLU, which Toy Guru was sad to announce will be in its final year in 2011. Still, it’s an amazing achievement for the line to make it five years beyond the last episode of the show that spawned it. There’ll be 3-packs, singles, and a STRIPE exclusive to come as part of the last hurrah.

The good news for animated fans is that Mattel has a new animated property to leverage in Young Justice. The mainstay will be a 4-inch line featuring a Collect and Connect Hall of Justice. These are intended to be the direct successor to the JLU line.

In addition, Mattel is making a set of Select Sculpt figures for Young Justice that are intended to fit in with DC Universe Classics. The articulation set is a direct match, but I think whether the headsculpts will fit in will be subjective – and perhaps a little bit of a closer call than it was with Superman / Batman: Public Enemies. 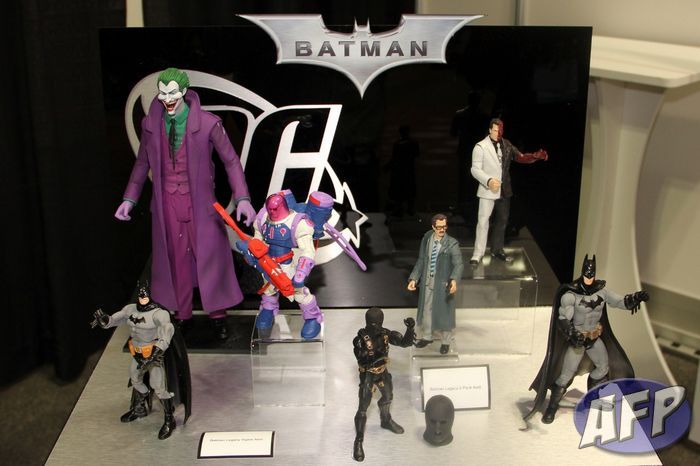 This is kind of a pot luck line (and another victim of a very recent leak), mixing in DC Universe Classics redecoes / head swaps with Batman Begins and the Dark Knight Movie Masters and Arkham City video game figures. 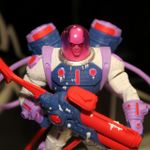 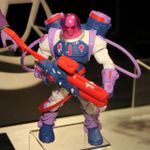 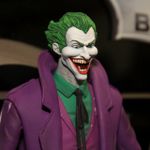 For DC Universe Classics, we’re getting single carded figures for Mr. Freeze (in his Super Powers deco), a “platinum age” Batman who leverages the Sinestro Corps Batman (awful) headsculpt, and a Dick Sprang-influenced Joker that will go along nicely with the Robin variant from DCUC 16.

For the Movie Masters, we’ll be getting 2-packs. The first, the Batman Begins prototype suit Bats and Lt. Jim Gordon, was shown, and the second, featuring the Dark Knight Batman and Joker in a GCPD Honor Guard suit, was announced. Apparently the 4H had been sitting on that Gordon sculpt for a long time and are glad to see it finally coming out. 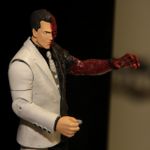 And finally, Arkham City sees us getting a two-pack of Arkham City Batman and Two-Face. Call me a conspiracy theorist, but I very much suspect that these are DC Direct figures coming over to Mattel. It didn’t help that my conspiracy theories were fed when we were denied access to the DCD showroom yesterday. (The tour group we were to go with was just too overcrowded and they wouldn’t accommodate us at another time.)

However, having one of the DCD Arkham Asylum battle-damaged Batmen in hand would have been very helpful to compare parts that are on the prototype for the Mattel Arkham City Batman. The Four Horsemen confirmed that they did not do any work on the Arkham City figures.

There was a ton more. I took these shots of the Retro-Action Super Heroes, the Lex Luthor Movie Masters that will go with the Christopher Reeves Supes and General Zod, and some new Action League figures.

We’ve still got Green Lantern to cover, plus the rest of the Mattel event. We’ll see how much of that I can get to today.