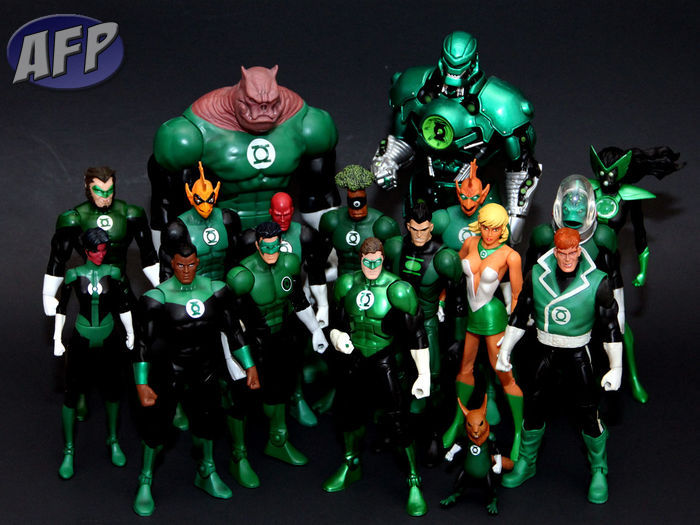 Here’s the Green Lantern Corps as it exists on my shelves. Well, that’s not exactly true – I’ve got one of the cubes in my shelving unit for both the GLC and the Sinestro Corps, and a lot of the more recent Green Lanterns from Green  Lantern Classics and DC Direct had been left out because there just isn’t enough space. A reorganization of the cubes is long overdue, so I’ll be taking some time to take some shots of the various groups as I decide what to do with them.

While Mattel has done an admirable job bringing together the GLC, I’ve filled some gaps with DC Direct figures and customs. From DCD, I’ve got Arisia and Boodikka from the Blackest Night line. Custom-wise, you may have seen our previous posts for Tomar Re, Hal Jordan, and Guy Gardner. And there’s one more simple custom that’s new to the mix. 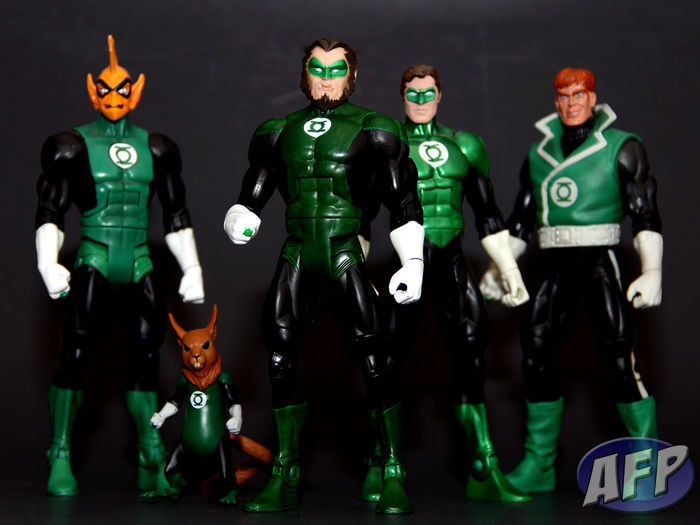 This is a pretty simple head swap for Arkkis Chummuck – simple, at least, when Ibentmyman-thing does the painting for you. I asked him if he’d repaint over a John Stewart from the Wal-Mart Green Lantern 5-pack so Chummuck would have a wider body. The head is from the figure from DC Direct’s Green Lantern Series 4. Heated up, it’ll pop right on, but the socket is just a little tight for the DCUC ball joint, so you will have to apply a little more force to pose the head.