It’s been some time since we’ve heard from Cliff Francis, Publisher Emeritus of Costume Contumely. It took the cancellation of Mattel’s Club Infinite Earths DC subscription to bring him back for this special guest edition of Soapbox Sunday. Read on, as Cliff employs the latest in computer technology to reveal how Mattel could have saved Club Infinite Earths. You can read more from Cliff at Costume Contumely as well as a couple of pieces Cliff has contributed here at AFP. Excelsior! 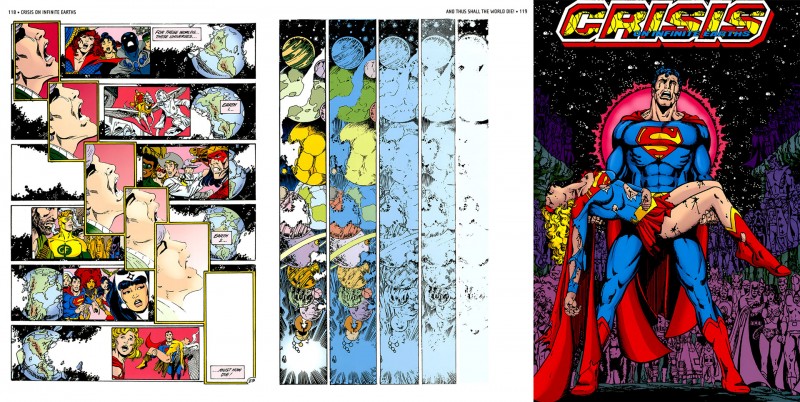 MattyCollector’s Club Infinite Earths subscription has died, and with it, the entire existence of 6″ DC Universe Classics action figures has been wiped out as if swept away by a crackling, white Crisis wall.

I confess that I feel tremendous schadenfreude over this. Mattel ran this property into the ground from the very beginning and only managed to produce a measly 200-something figures over the span of six years. I have a personal theory that Mattel wanted this line to fail from the start, and was willing to lose money along the way in order to save money in the end by having the line die. But that’s not what this article is about.

This article is about the central problem with Mattel’s 6″ DC line. The fault that engineered the line’s downfall. The “reason for the treason,” if you will. So what is it?

I’ve heard many ignoramuses pontificate that there was no “correct” slate of characters to choose; that the DC Universe was vast and Mattel did well in exploring as many areas of it as possible. People have argued that every collector’s personal “wish list” was as valid as any other’s and therefore there was no way to say which characters were more deserving of plastic immortalization. 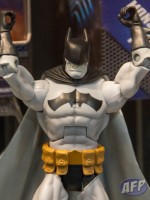 Balderdash. I feel oppressed even listening to these arguments.

So people have their own, personal preferences? So what? It’s immaterial. The FACT is that certain characters were far more deserving to have been made than others. If Mattel had recognized this fact, the line may never have met such an ignominious end. And yes – the identity of these worthy characters can be determined by science, deduction, advanced mathematics and computer programming. I have done so.

I have built a perfect, infallible computer program, which will determine the eight final figures that Mattel SHOULD have revealed, had the 2014 subscription gone through. The Cliff-Computer™ is making the final calculations as I write this. The results will be empirical, definitive, and undeniable.

How does my program work? It’s far too complicated to fully explain here, especially since you likely do not have the maths required to understand it. However, I can tell you the various criteria I used.

Nothing gets the goat of a true collector more than when toy companies leave teams (or “families”) of characters incomplete. In determining the most deserving figures to be made, team completion was foremost in the model. Teams that were begun first should have been completed first. Teams with a longer history should be given weight, as were teams with the fewest characters left to achieve completion. Characters that serve spots on more than one team should count higher.

In addition to team completion, characters with the longest histories were given priority, and characters that have never before had a figure made also saw increased consideration.

These factors were built into the algorithm, fed into the Cliff-Computer™ (which already boasts the most exhaustive database of DC Universe characters and histories in the western hemisphere), and the winners have been selected.

Join me now as I view the results along with you, for the very first time. 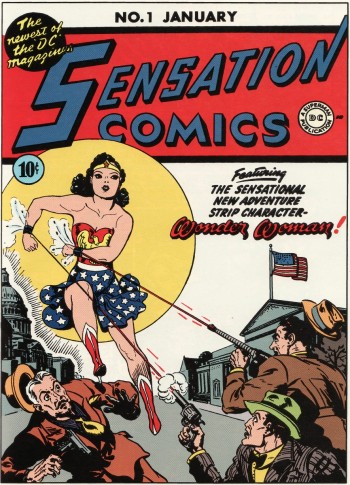 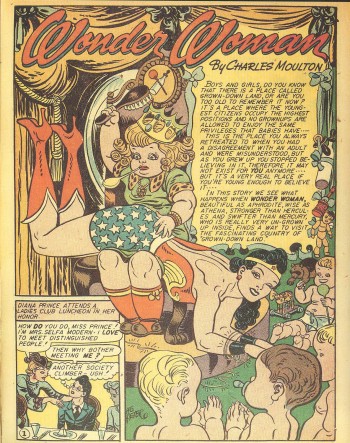 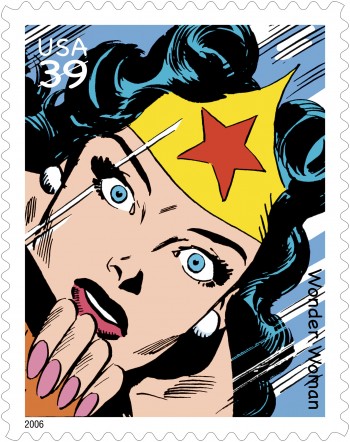 Splendid. The first name the Cliff-Computer™ spits out is one of the most iconic comic book characters of all time. The Golden Age – or “Earth-2” – Wonder Woman has been a glaring omission in this line since the start. With the yellow eagle bodice deco, skirt, heeled boots, and curly hair, this Wonder Woman served valiantly as the Justice Society’s secretary for many years. She definitely deserves to be made. I’m eager to see what other legendary subjects the computer program selects. 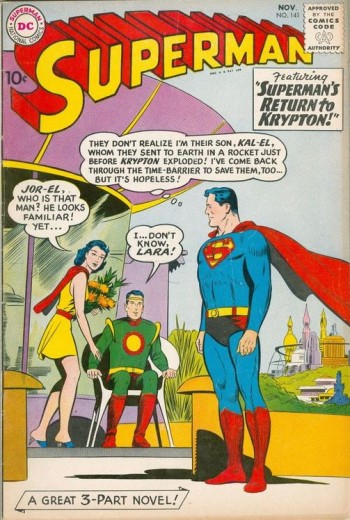 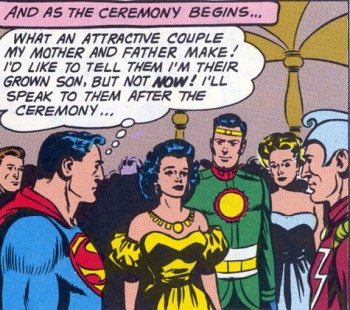 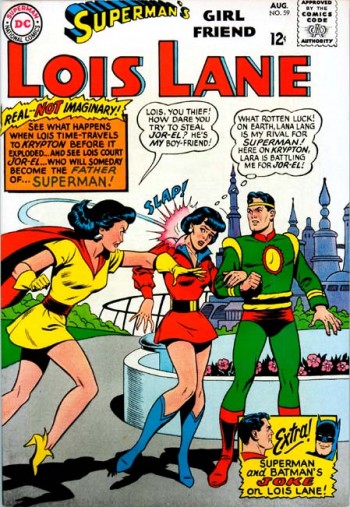 Hmm, a pleasant surprise, I must say. By selecting these two extremely worthy characters that most so-called “fans” consistently ignore, the Cliff-Computer™ clearly shows it knows what it is doing. Yes, this is technically two figures, but what Jerry Siegel hath joined together, let no brand manager tear asunder. Mattel should have ponied up for this double-feature. They work toward not only completing, but literally engendering the Superman family. It’s inexplicable that the DCUC line ever produced a Superman figure without first providing his parents. 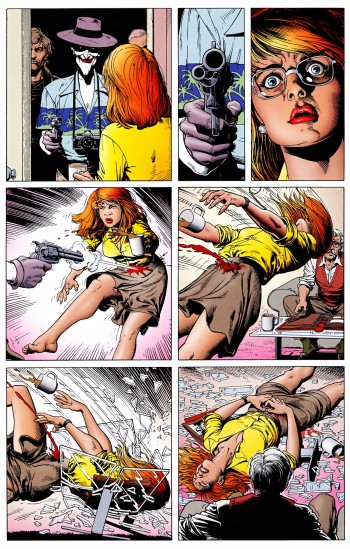 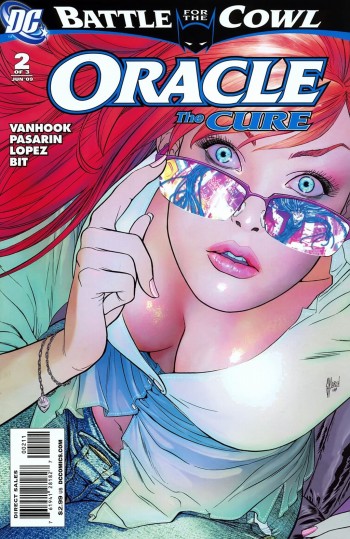 A component of the Bat Family, Birds of Prey, and the Outsiders, this is a selection I have actually seen show up from time to time in fan lists (even a broken clock is right twice a day). Her prominence and reach prove her worthiness to be made, despite the fact that Mattel has already produced two Barbara Gordon Batgirl figures. While my personal choice might have drifted toward the original, Atomic Age Bat Girl, I do see the cold, calculating logic behind this selection from the Cliff-Computer™. Well done, my A.I., well done. 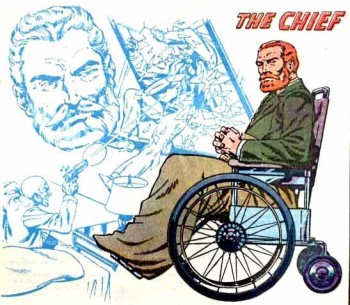 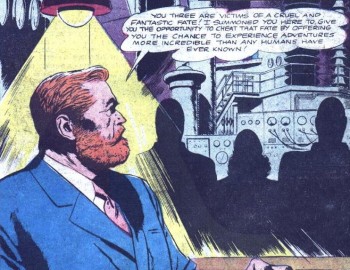 Dr. Calder would complete the original cast of the Doom Patrol, a team which currently flounders leaderless in the DCUC line. And NO – you could not re-use the wheelchair between The Chief and Oracle. Please; they are completely different and would require entirely new sculpts for each. Anybody with eyes should be able to see that. This seems another solid choice. Always trust in science, children.

Dr. Sivana would go a long way toward completing the Earth-S characters as well as the Injustice League, The Monster Society of Evil, and the Legends of the Superheroes cast, of which, only Aunt Minerva, Mordru, and Ed McMahon are left to complete the set.

What will the Cliff-Computer™ select next? 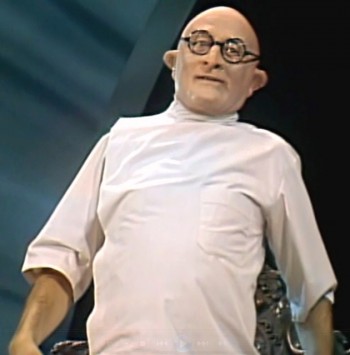 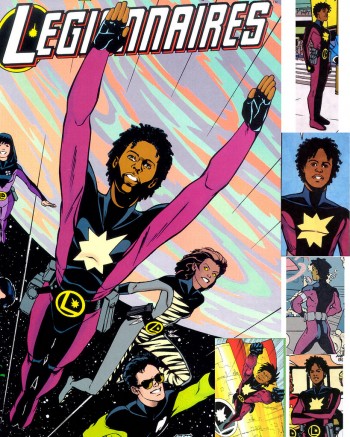 Hmph. An… interesting choice. Not one I would personally have suggested, but I suppose the computer has its reasons. Kid Quantum was ret-conned to have been one of the earliest Legion recruits. He actually fills slots on Legion teams of two different continuities, and has never had an action figure made of him before. Perhaps that’s why the computer model has ranked him above Sun Boy or Mon-El in worthiness. In any case, this list is about science. I must not let my personal feelings get in the way, just as you should not. 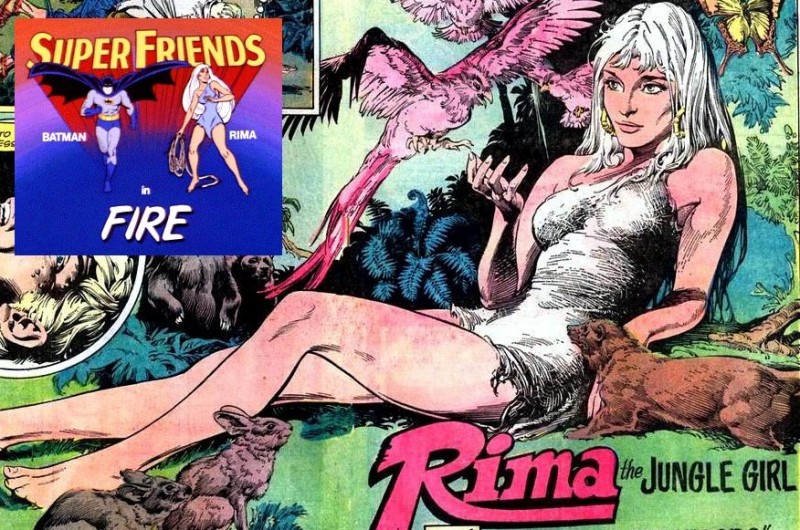 Uhhh… this cannot be right. Let me check the software drivers. Hmm… everything seems to be in order. Clearly, something has gone wrong though. It seems that the fact she would complete the Super Friends family, and that she first appeared over one hundred years ago in the novel “Green Mansions” has given her a high position within the model. An anomaly. Nothing more. There were bound to be one or two kinks in the programming. But onward! Let us see which figure, by use of objective, scientific reasoning, has been determined to be THE most deserving of being made. 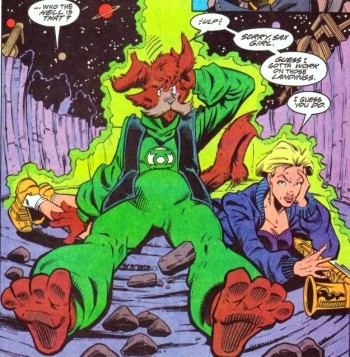 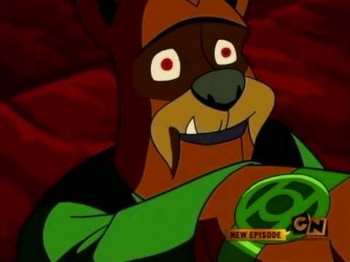 Ok. Who is screwing with me?! How in the world is this possible? G’nort?! That lame joke character from the lame joke “Bwa-ha-ha” League? The computer tells me he works towards completing several teams including the Green Lantern Corps, the JLI, and the Darkstars, that he first appeared more than 25 years ago, and has never had a 6″ figure (the DC Direct version being 7″ scale, according to the computer). Well, this is not at all what I expected. I don’t know what went wrong. I used pure reasoning in creating this algorithm. This tally was conducted through science. How could the Cliff-Computer™ have betrayed me so scandalously?

Readers, please accept my apologies. I thought there was a way of objectively isolating which characters were absolutely the most deserving of having figures made. I thought I could cut through the fan boy flame wars and lay forth the bare scientific facts, once and for all. But the Cliff-Computer™ seems to have its own prejudices. I fear the Singularity may be nigh.

Cliff has let the Cliff-Computer™ make the picks Mattel should have, but now it’s your turn. What character choices would have made Club Infinite Earths a must-have for you?