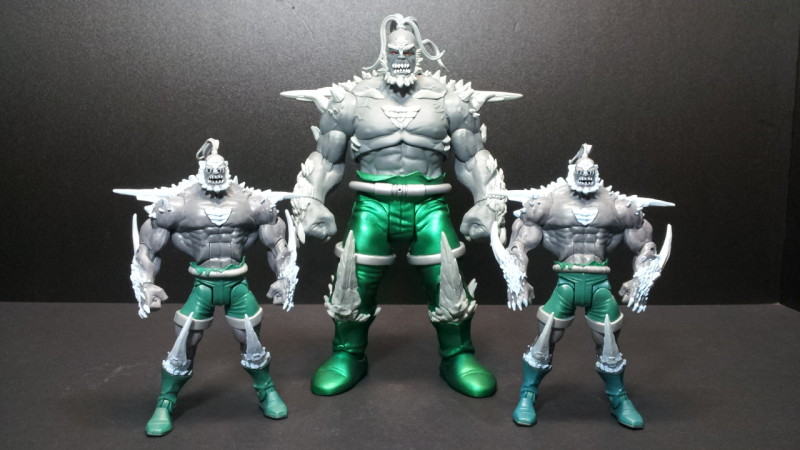 After Mattel announced the cancellation of 2014 DCIE series that included 2 versions of Doomsday figure, I felt regret about not being able to see the long awaited figure released. Then just last week, I found out Mattel has decided to release only Containment Suit Doomsday in the next SDCC. Relinquishing a hope to see THE UNLEASHED VERSION, I decided to make my own doomsday that shares the same articulations and details to some degree with DCUC figures. The only base body that I could find compatible in terms of size and similar physical features was Marvel Select Avengers Hulk. Before I began putting things together, I had to research various images and old custom figures done by others as a reference.

My ideal Doomsday is a combination of classical appearance with a slight touch of Injustice version, especially on his facial expression and tusks on both shoulders, which I find him more aggressive and vicious. I knew from the start there would be a lot of time consuming labors required for sculpting and refining, but I finally got all done in a month. As a result, it turned out better than I expected.