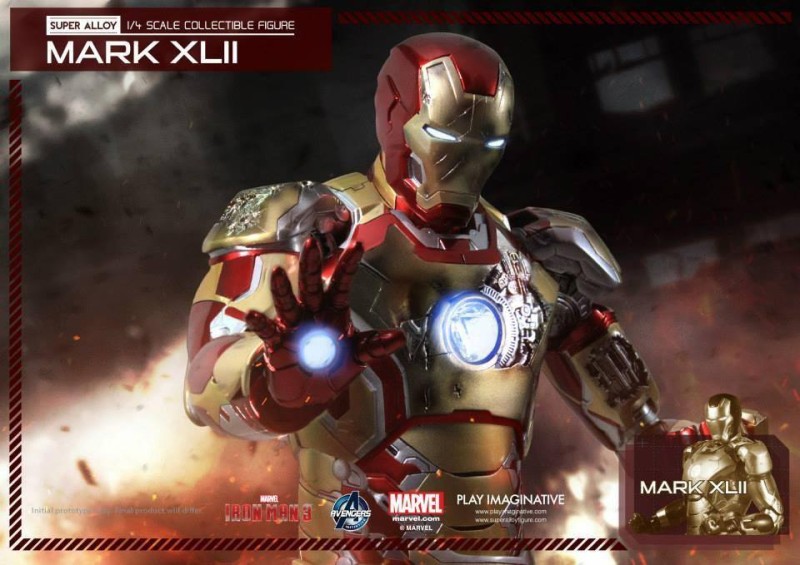 With the announcement that the 1/4 scale Iron Man Heartbreaker armor would go up for pre-order imminently, YesAnime, Play Imaginative’s distributor for Super Alloy products in the US, released some press pics of upcoming products. Included were the Heartbreaker armor, in both 1/4 and 1/12 scales, and the Mark 42 in 1/4 scale.

I’ll be buying lottery tickets in the hopes I can build a diecast armory one of these days.

END_OF_DOCUMENT_TOKEN_TO_BE_REPLACED

So far, NECA’s been the main licensor of Pacific Rim, with action figures in the 7-inch and 18-inch varieties. With over $400MM in box office receipts, Play Imaginative has jumped on board with its Super Alloy diecast line. No word yet on which character(s) will be made in which scale, though I imagine Gispy Danger is a lock. Stay tuned! 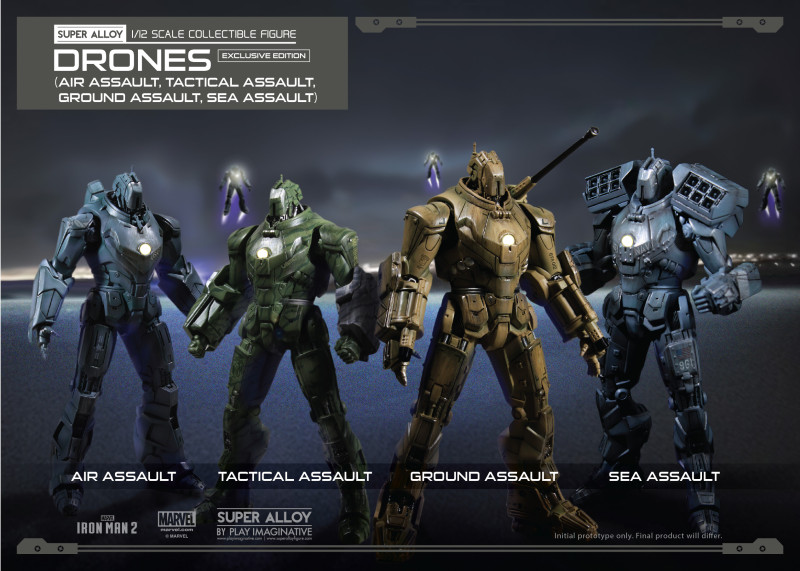 YesAnime, Play Imaginative’s distributor in the United States, has the 1/12 scale Super Alloy Hammer Drones from Iron Man 2 up for pre-order now. I was wondering if they’d be available individually – at least for the exclusive versions, no. They’ll come in a set of four for $419.99. The exclusive version will have additional weathering paint apps. I suppose if you wanted them in pristine shape, you’d have to get them directly from Justin Hammer.

If you pre-order now, when they ship in April next year, you’ll also get four of the “bully” devices that appeared in Iron Man 3 with the Mark 42 armor. These light capsules will be in 1:1 scale (pretend you’re Tony Stark!) and will have flaps that open to reveal LED lights that work as if they were activated. That’s a pretty cool incentive.

I was pretty impressed when I saw the Hammer Drones and the rest of the 1/12 scale Super Alloy Iron Man figures at NYCC. I just wish one of these lottery tickets would pay off, so I could afford to army build these babies!

END_OF_DOCUMENT_TOKEN_TO_BE_REPLACED 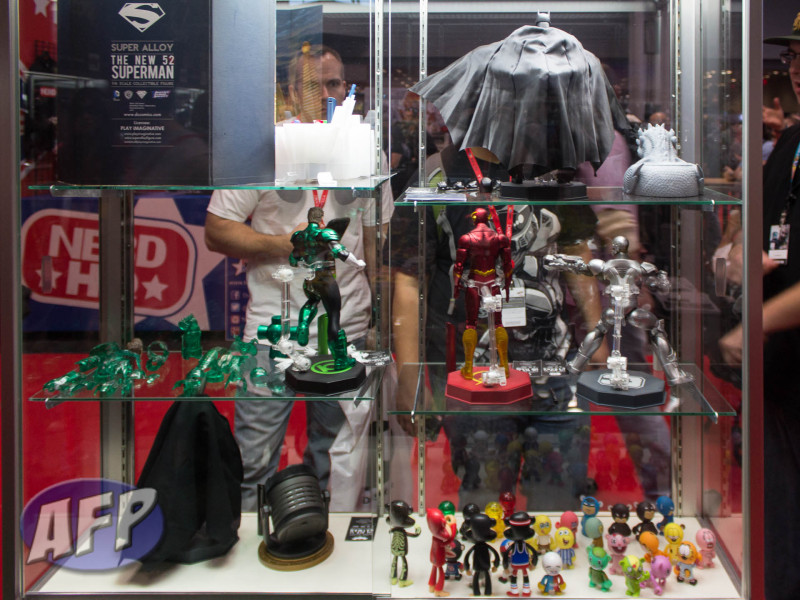 For the first time in recent memory since Art Asylum produced Minimates for Marvel and DC, Play Imaginative holds licenses for both of the major comic book companies. On the DC front, they are producing Super Alloy diecast figures in 1/6 for the New 52 Justice League. In San Diego, we saw everything up through the new Green Lantern. Here in NY, Yes Anime (Play Imaginative’s US distributor) also brought along Cyborg and Flash.

Folks who pre-ordered Superman around SDCC – Yes Anime reports that after a delay in Singapore, Play Imaginative will be delivering in the next couple of weeks. For NYCC, they had air-shipped about 10 of the Supes for sale at the show. The rest are coming by sea. They were a bit vague on the reasons behind the delay (Superman was expected to ship in the August time frame), suggesting that it was perhaps to put a more powerful fan in the Fortress base and for some resculpting of the Superman heads.

END_OF_DOCUMENT_TOKEN_TO_BE_REPLACED 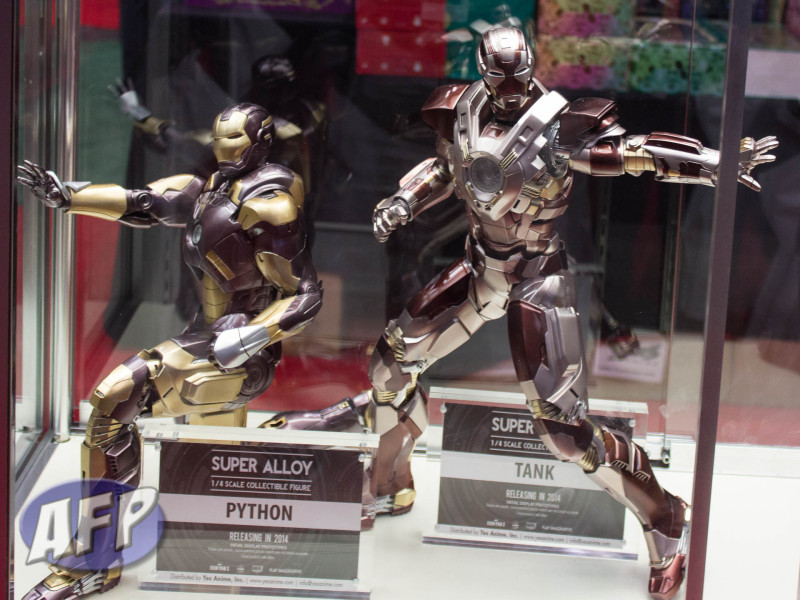 While Play Imaginative didn’t show quite as many quarter scale Super Alloy Iron Man figures as they did in 1/12 scale, they still have enough in the works to rival the impressive showing that Hot Toys has in 1/6. If you consider that these are upwards of 80% diecast parts, then there’s really no comparison, since Hot Toys only just started producing figures in diecast.

I think the competition will be good for us as collectors – but for now in the United States, the licenses don’t overlap. If you want high-end 1/12 or 1/4 scale figures, it’s Play Imaginative. If you want 1/6, then it’s Hot Toys.