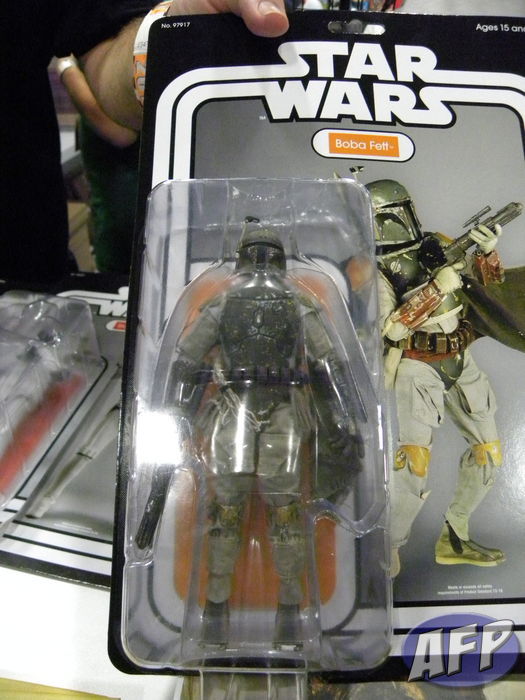 I passed by the IDW booth to see if Ashley and ThreeA were selling anything and I was surprised to see these 6-inch Star Wars figures in-package. According to Ashley these figures are sample test prototypes to show to Takara. Ashley was kind enough to open the Stormtrooper to show us how articulated the figure is.

I sure hope one day these figures get made, ThreeA and Star Wars would be a great match indeed! Again, to be clear though, ThreeA is not making or selling these figures – they are just for show for Takara. 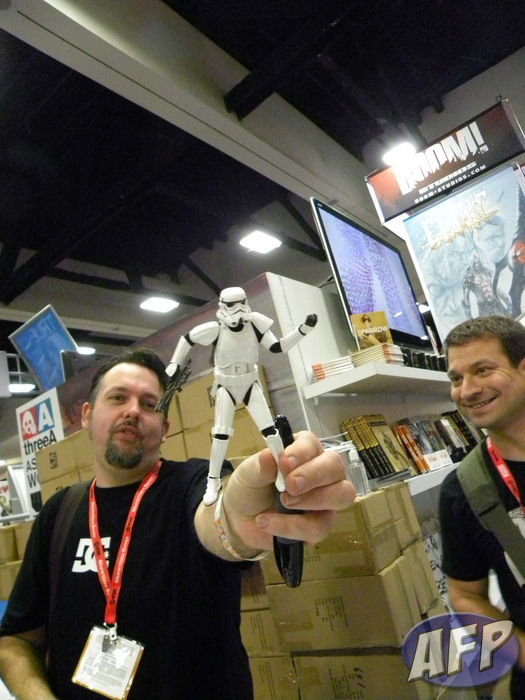 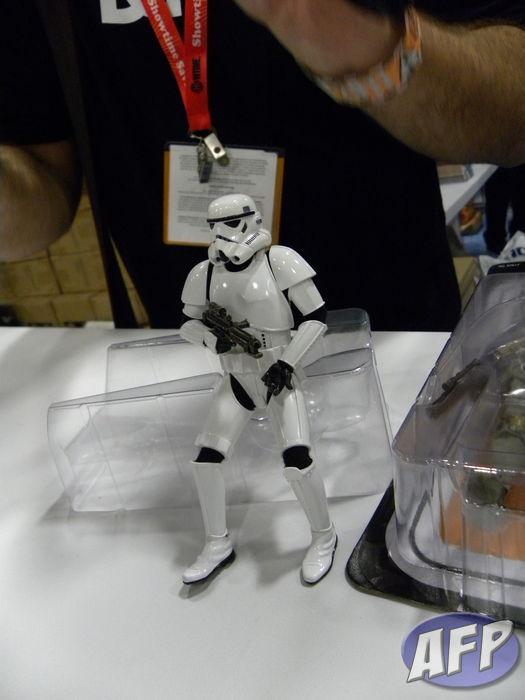 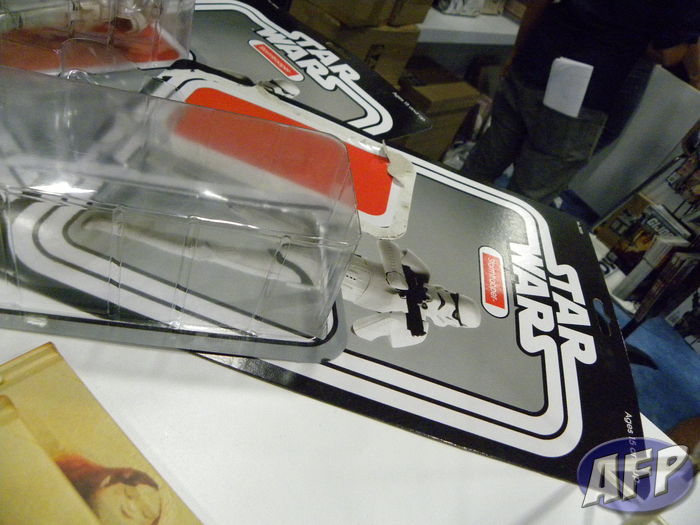 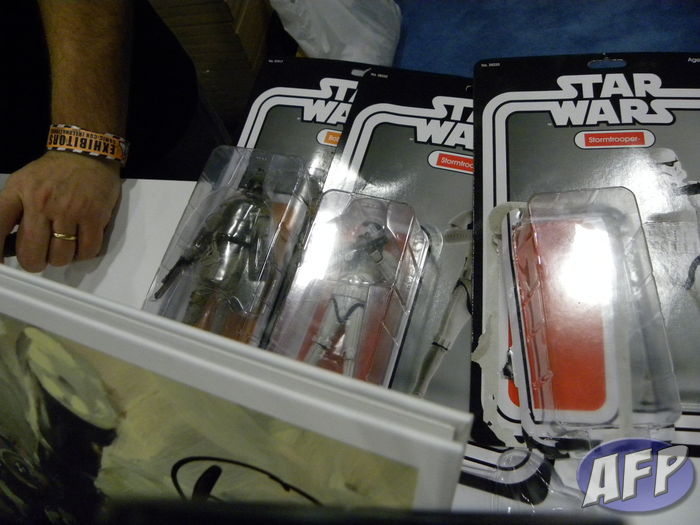 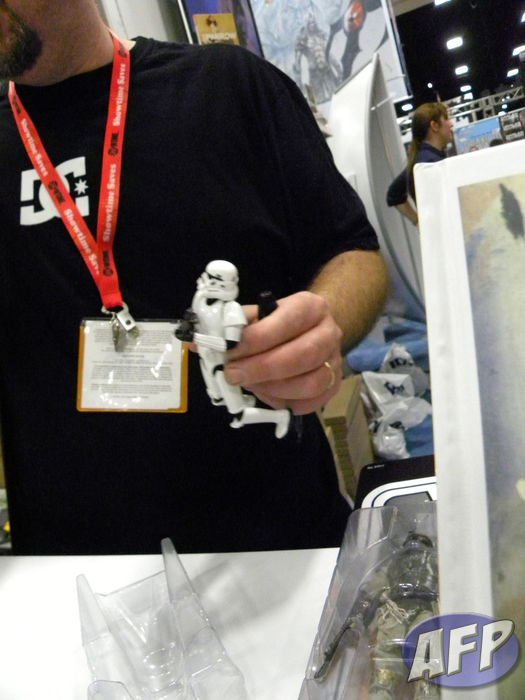 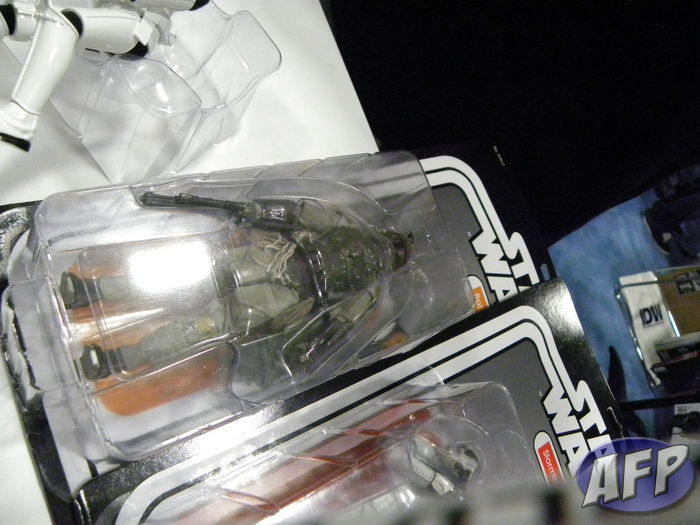 I don’t know what Ash is doing in this pic: 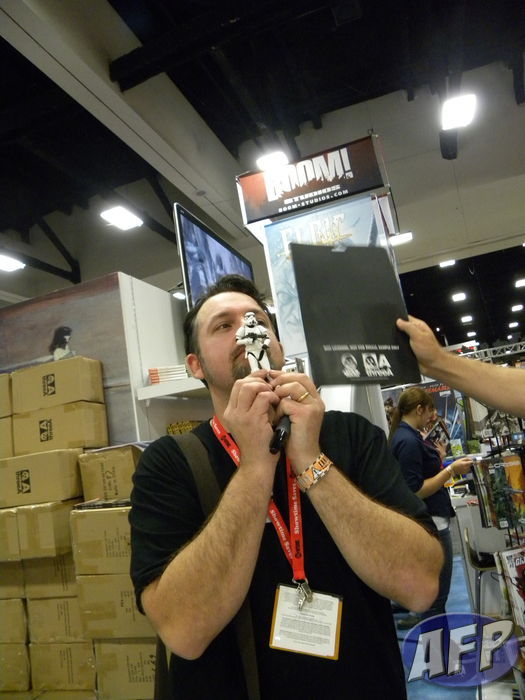 I sighed as I thought how tough it will be to get some ThreeA exclusives tomorrow! 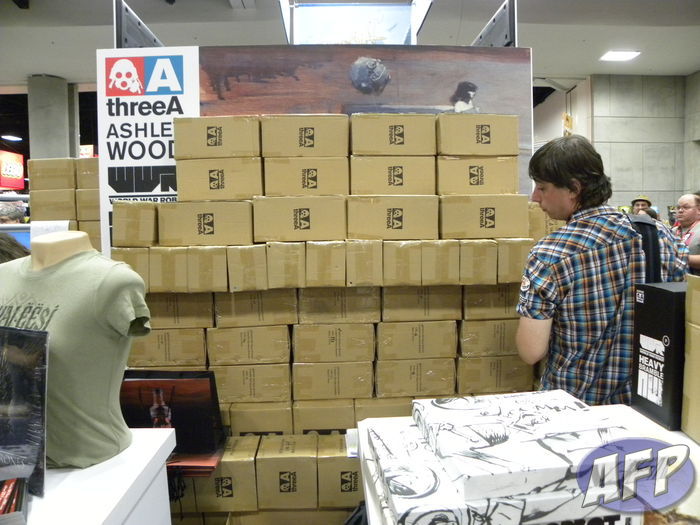