Once again, Toy Guru and team are a few days early with their responses for the latest Ask Matty Q&A. Thanks!

1. A lot of collectors still want to get the unleashed version of Doomsday. Is it possible to offer him individually on Mattycollector, or even as the SDCC exclusive in 2014? 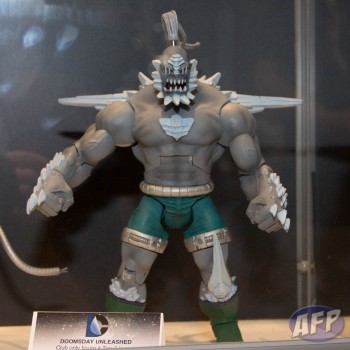 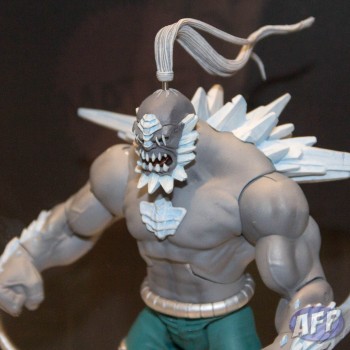 No. Doomsday was only possible when banked along with 12 partial tool’d figures at tier 2 production quotas. It is not possible to just do Doomsday by himself. His production was tied directly to producing a full year of partially tool’d basic figures at the higher tier 2 quota. After not even hitting tier 1, it becomes that much more difficult to get to this “bigger” more tooling intensive version of Doomsday. We hope this was made clear during the sub-in period.

2. You’ve said you won’t offer a Club Infinite Earths subscription for 2015. Does that rule out all DC subscriptions, say for example, a themed 6-figure sub like Watchmen?

Most likely but never say never. At this point we are working to see if any 2014 releases are even possible and won’t know for a few months.

3. How are the Batman Classic TV Series figures doing? Does this open up other opportunities for 6-inch figures, like for classic movies like the Christopher Reeves Superman or Michael Keaton Batman?

The DC team will be sending answers in the near future.

4. The Skeletor vs He-Man 2-pack for the He-Man app is a lot of fun. What are the chances for more mini-figures in this style for Masters?

Always possible but no direct plans to announce right now.

5. A lot of fans were disappointed this year when Clamp Champ, a character who had a toy in the original Masters toyline, didn’t have day of sales inventory available. What are the chances of that happening in 2014, especially with really popular characters like Two Bad and Modulok?

We have already announced that Two-Bad will not had day of stock in 2014.