Still no look at the next 3A Toys TKLUB figure itself, but Ash hints that Ronin OYA SUN is related to the formerly exclusive Ronin MOON TK. The silhouette on the teaser seems to confirm the large parka. I guess the Outerverse is cold. And requires big bombs / lunchboxes. I don’t recall seeing a sale date yet, but the calendar’s getting crowded and I’m gonna need a raise to keep up with all the 3A releases. 😉

Ash also gives some clarification on what he means by the “classic TQ” that is the reward for buying all four of the next TKLUB offerings – Ronin OYA SUN is the first of the four. HK Venture offered two versions of Tomorrow Queens, Ayako and Junko (plus colorway variants for each), so there’s still some ambiguity over what the TKLUB exclusive TQ will be. But I guess that’s standard operating procedure, and part of the fun!

Re CLASSIC TQ, in that I mean the same as the original HK Venture release, same except the shirt decal will be different and hair color. Here is some intel on SUN’S lunch box. Oh yea, I guess its kinda a no brainer that SUN and MOON both hang together doing Roniny type things in the outerverse.

Here’s some quick 3A Toys pics from San Diego Comic-Con.

I am on the show floor at San Diego Comic-Con. To get you the pics you want as fast as I can, I’m hooking you into my Instagram feed. If you’re on Instagram, follow me at afpron – that’s for AFP Ron, not AF Pron :). Stay tuned for better pictures soon.

We posted about this last week but 3A has posted a couple new pictures. The third TKLUB release will go up for pre-order at Bambaland today, July 9, at 9PM EST. Not sure how they will administer this, but you will have needed to order all three of the TKLUB figures to get the Art of TK Mook. 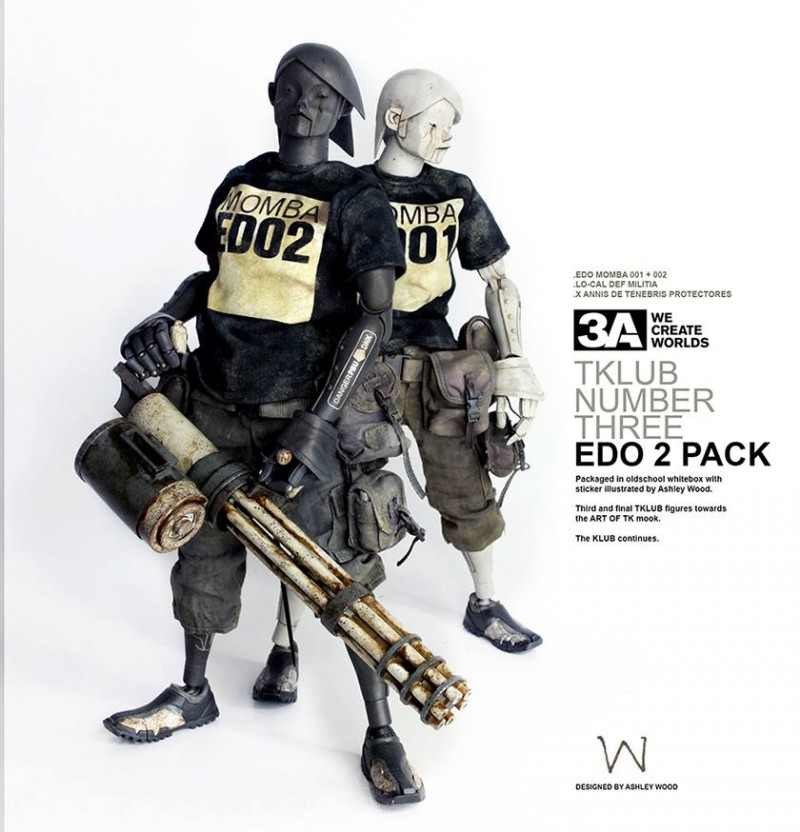 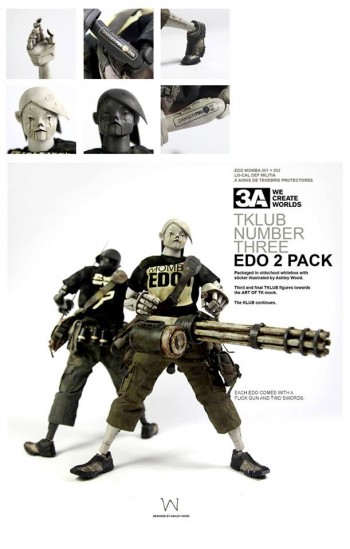 Each E.D.O comes with flick gun and two swords.

TKLUB (only for 3AA members) #3 pre-order starts on July 10th, 9:00AM Hong Kong time at www.bambalandstore.com

Next for 3a, the third of three TKLUB releases will go up for pre-order at Bambaland on July 9 at 9PM EST – this is the final item for the TK Mook – presumably a magazine / book that 3AA Legionnaires who have purchased all three of the TKLUB figures will be able to get. 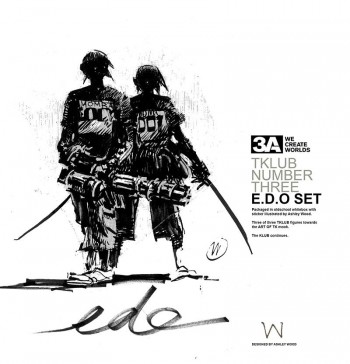 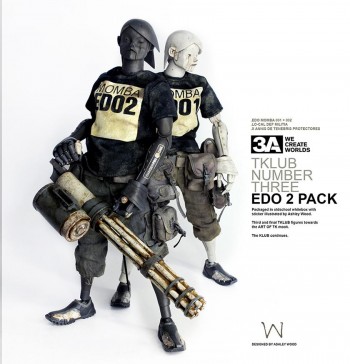 The third of 3A Toys’ Tomorrow Kings from the TKLUB will come with a gatling gun, according to the Ashley Wood teaser image for the figure. E.D.O joins Oroshi 18 and NAGE M.I.A as the third of three Tomorrow Kings needed to qualify for The Art of TK Mook – which I’ve been assuming is a magazine / book.

We’ve been seeing a new TK offered every 6 weeks or so. If this is like the others, it should be offered for $120, or $102 with the 3AA discount – TKLUB is available only to 3AA members. 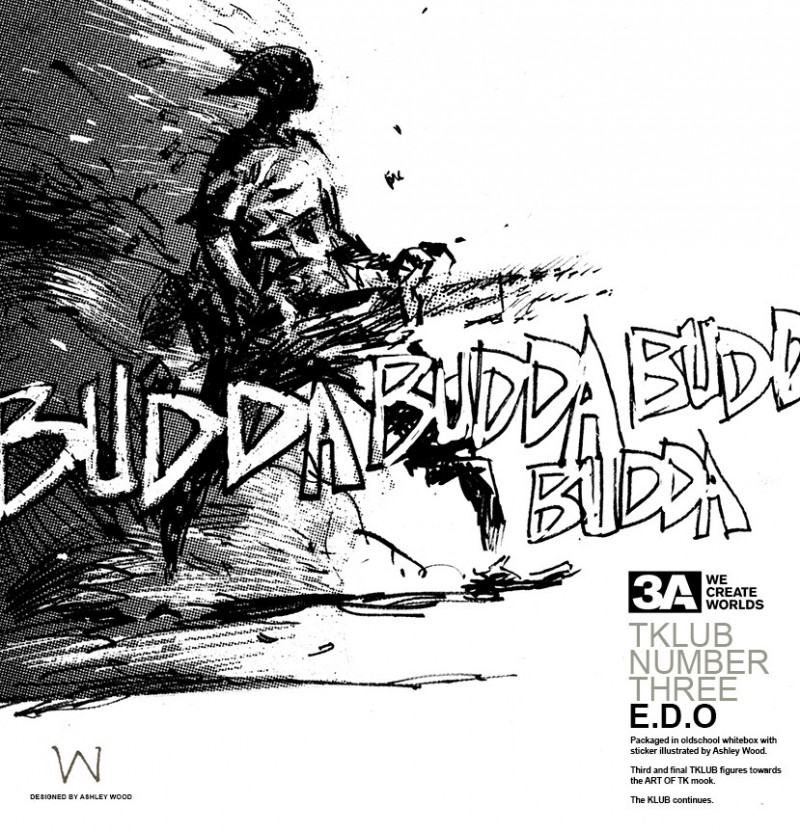 Late June for this bad boy!