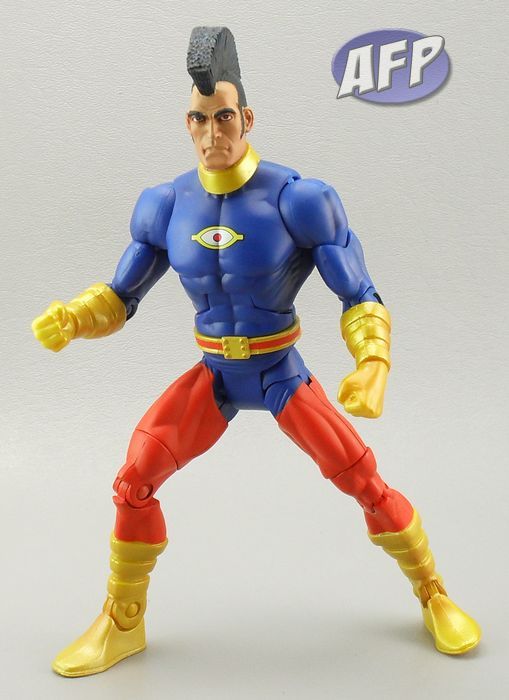 OMAC from DC Universe Classics Wave 15 gives us a glimpse of “the world that’s coming” and apparently it’s full of big heads, huge eyes and maximum mohawks! For those too young to remember, OMAC – One Man Army Corps – was another of Jack Kirby’s creations for DC Comics in the 1970’s along with New Gods, Mr. Miracle, The Demon and Kamandi. OMAC is basically a revamp of the Captain America concept, but instead of WWII or even present day, OMAC’s stories are set in the near future or as Kirby phrased it in every issue; “the world that’s coming!”

I was an instant fan of OMAC when, at the tender age of 7, I came across the second issue of OMAC in a 7-11 and the cover (as most Kirby covers were wont to do) grabbed my attention and wouldn’t let go. So I was pretty stoked when I heard that Mattel and the Four Horsemen were rendering Buddy Blank’s alter ego in plastic for DC Universe Classics 15. OMAC?! That is some big time Kirby love there. Then I saw the early prototype pics. All I could think was, “Why are his eyes so huge? Surely this isn’t going to be the final product? No, the Horsemen aren’t going to let me down on this one? Not on OMAC?! Not OMAC?!!!”

Well, they let me down. OMAC is almost perfect except for his enormous noggin and HUGE eyes. If it was just the larger than normal head, I could probably deal with it. This head is big enough to work on a Mattel WWE Elite figure! My friend PBJMan commented “OMAC must stand for One Massive Accentuated Cranium.” Everything else about him is top-notch. The Brother Eye symbol on his chest is sharp and centered, all his costume details are nailed and his mohawk is bristling with power.

Since everything else is perfect about this figure of OMAC, I’m just going to have to make a new head for him. Not looking forward to figuring out how to make a mohawk as nice as the Horsemen did though. 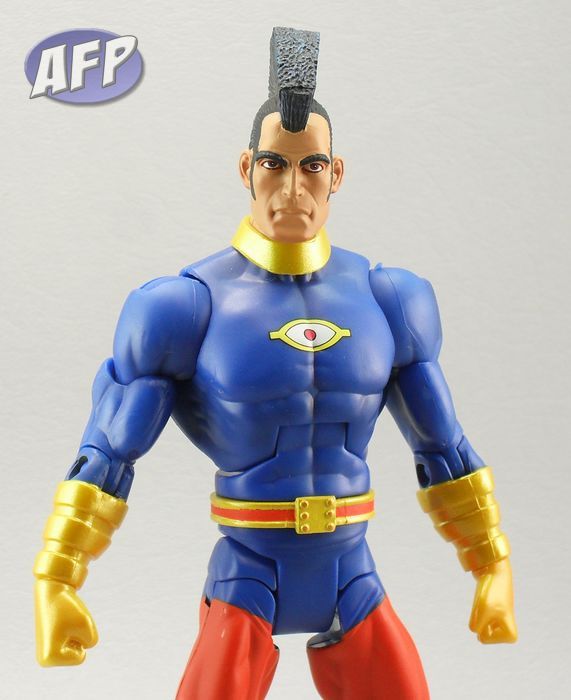 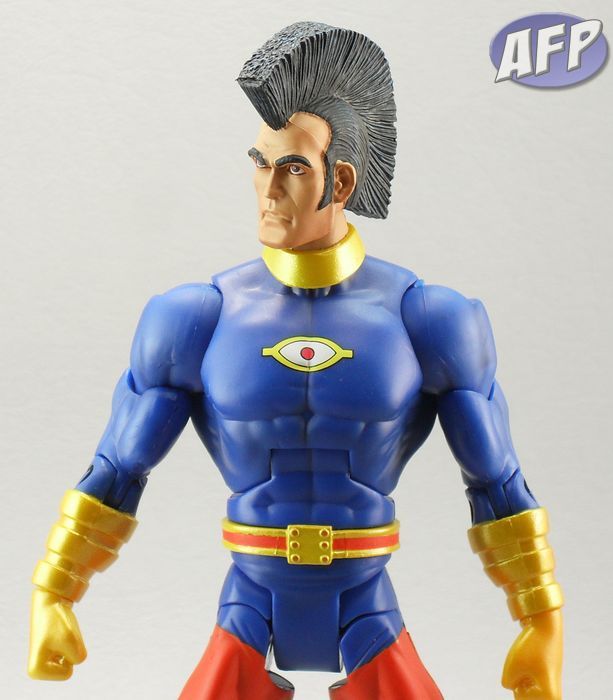 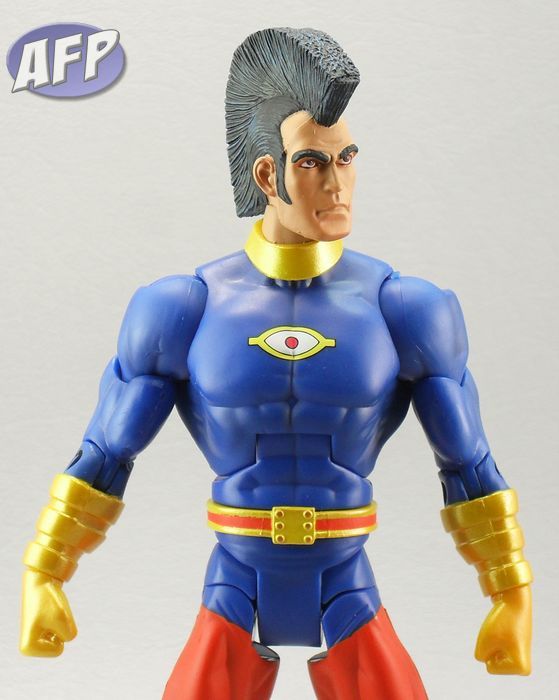 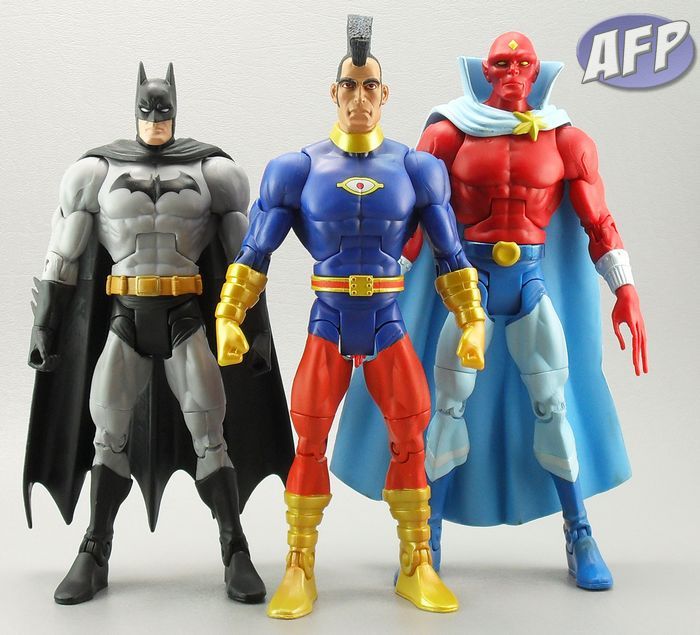 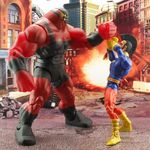 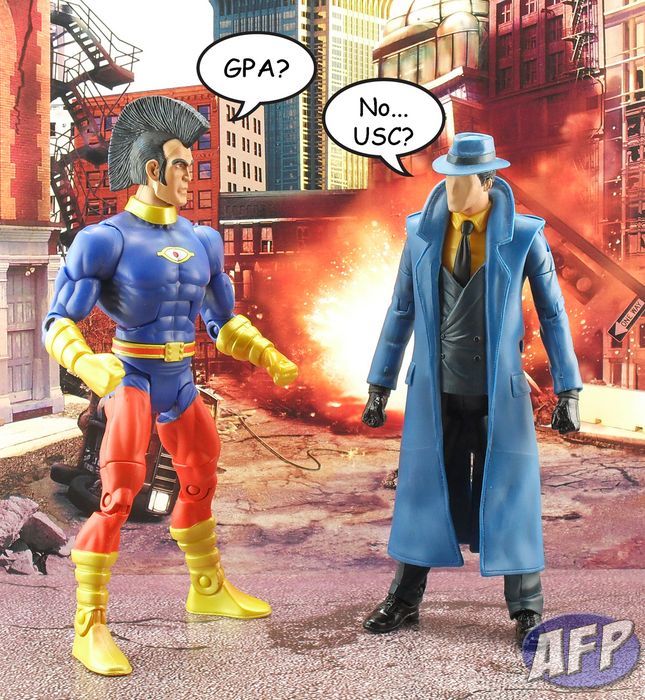 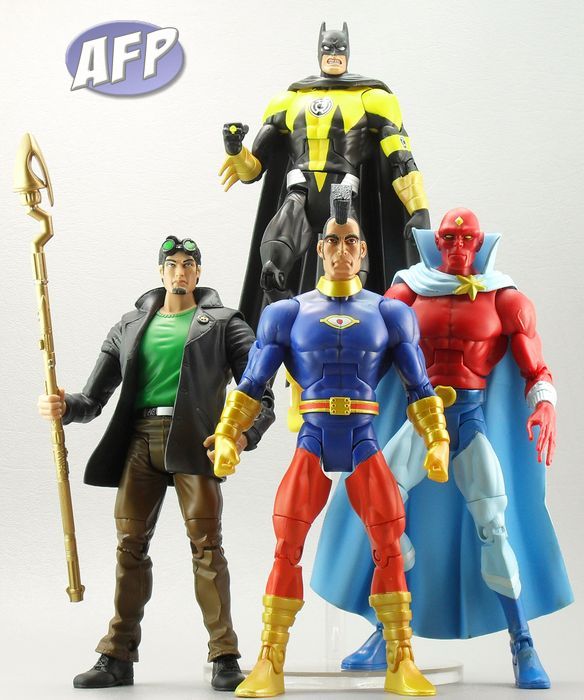 If you haven’t seen them already, check out the previous DC Universe Classics 15 AFP reviews for Raven (courtesy of Sandman21xxii), Jack Knight – Starman, Jemm and Sinestro Corps Batman! I’ll try to get the next DCUC 15 figure review posted real soon!