By the time August 19th had rolled around, I had already decided. No Club Eternia and no Club Ecto-1 – it was just the DC Club Infinite Earths for me. Now it’s a month later, the DC subscription is dead, and I am seriously mulling over taking the second chance to subscribe to Club Eternia, since Mattel has re-opened the Club Eternia sub through September 24.

No day of sales for Two-Bad – I really don’t know how Mattel decides how to allocate day of sales inventory, because to me it is clear that the potential for more sales is there for a character like Two-Bad. It’s not just that he’s my favorite of the Evil Warriors that’s missing from my shelves, but he was a regular bad guy on the cartoons and he had a figure in both the vintage and the 200X lines. 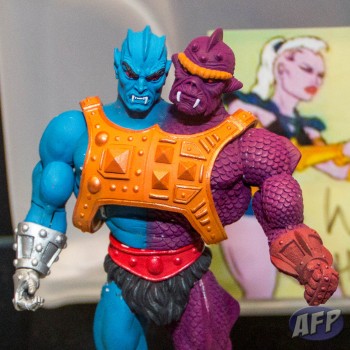 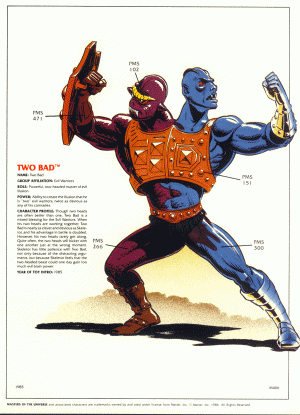 When I had decided not to sub to Club Eternia, I was ok with going after Two-Bad in the after-market. But with no day of sales, the after-market for him is going to be insane. But believe me, this isn’t a feel-good reason, should I go through with the subscription after all – it’s like Two-Bad’s being held hostage and I’m paying the ransom.

No more Club Eternia map viewers – One of the things I really enjoyed being able to do was get some high quality scans done of the Club Eternia maps. My wife’s job puts her in touch with some really great digital production houses, and they’ve done some great work with her on the maps. Check out Eternia, Etheria, Preternia, and Subternia. 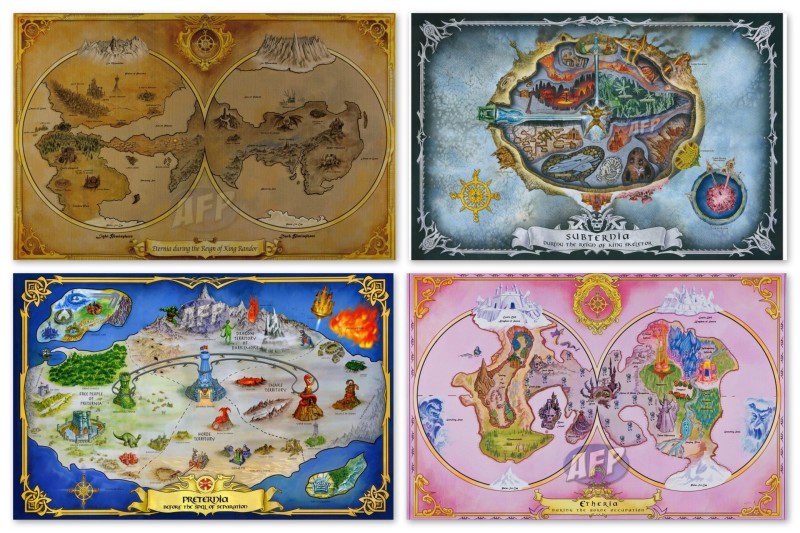 The Club Eternia exclusives have been hit or miss for me – Preternia Disguise He-Man was one, while paying homage to the mini-comics, didn’t really do it for me as a figure. Even if the Unnamed One in 2014 turns out to be a miss, I am pretty sure I’ll enjoy the map of the Horde Empire.

Battle Lion is cool – I am still making my way through the MYP cartoons for the first time, and I haven’t yet encountered King Grayskull and Battle Lion. That doesn’t stop me from thinking that a huge green lion built on the Battle Cat / Panthor base is another awesome mount to have in the collection. I’m not sure if it was just the person posing the figures for the promotional pics, or if it is a shortcoming of the hip articulation on the King Grayskull figure, but it doesn’t look like he can ride Battle Lion all that comfortably. 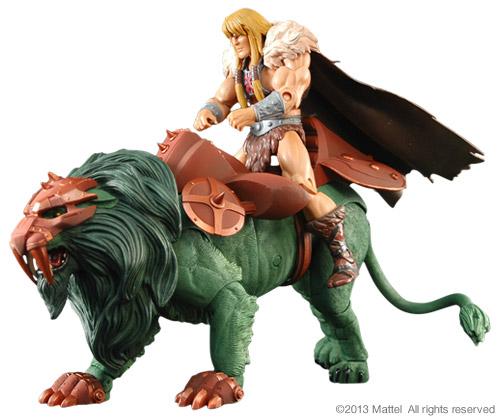 I would have much rather seen a Nightstalker or Stridor reveal for an over-sized beast for the subscription. Either one would have been fine, because I’d know that Jitsu would get his mount either this year or next, as they’re likely to split them across 2014 and 2015, just like the two remaining Snake Men. I am pretty sure they’ll get made – it would have just been nicer to get confirmation before having to sub.

No Mattycollector toys to open each month – With Club Infinite Earths taking a dirt nap, I’m down to zero subs from three this year. And there’s something enjoyable about getting that box of toys to open each month. And even though I’d just have one sub if I take the second chance, there’d still be months where the quarterly figures overlap where there’d be more than one thing to open up. Maybe this one is a bit of a stretch.

No more Early Access – Ok, maybe I’m really starting to stretch it here, since Early Access hasn’t exactly been a smash hit. But there have been rare opportunities, like the Spirit of Hordak and the San Diego Comic-Con pre-orders that made it into Early Access. And this past Early Access sale included the Sky Sled.

So what hasn’t changed?

There aren’t that many exciting (to me) figures in the likely line-up for 2014 and 2015 – When I went through the last exercise considering Club Eternia, the one must have was Two-Bad, and the ones I’d buy if I got the chance were Rio Blast and Ninjor. Given the reveals from Power-Con, obviously I found another beast to want in Battle Lion, and Scorpia looked pretty cool despite me not having any particular affinity for the character. 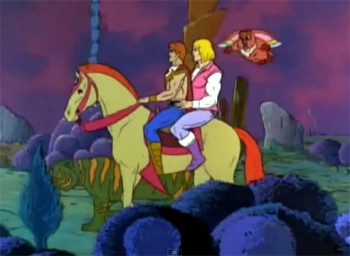 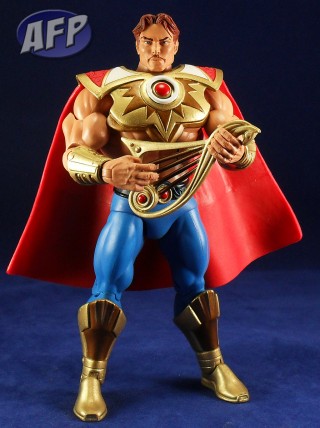 But I suppose that’s the intangibles that the Four Horsemen bring to the table – they’ve managed to get me to like figures that I would have never thought I’d like. The biggest example of this awesomeness is Bow, from Princess of Power. The first time I saw him on the cartoon, I got a pretty good laugh – he just looked ridiculous, with Prince Adam riding behind him. But the Horsemen just turned out one of the biggest surprise badasses.

Sadly, it doesn’t always work out that way – I’ve got the Star Sisters and the Fighting Foe Men sitting around to prove it.

I’ve laid out the pros and cons, but now it’s your turn – what do you think about the second chance sub for Club Eternia? I’m pretty torn. I think if Two Bad had some day of sales inventory, I’d probably pass again. And that in itself feels like a screw job, intentional or not, from Mattel. Putting that aside, there’s still a few reasons for me to answer the Sorceress’s call again this year. But I’ll need your help to decide. Please leave your comments below.