Remember the good (or bad, depending how you fared) old days when there were toys that you actually wanted to buy on Mattycollector on their monthly sales dates? Those toys would sell out in hours, sometimes minutes. And while that truly meant missed opportunities through lost sales, the quick sell-outs became the barometer for successful products.

Fast forward to today. We’re a couple of days past the Mattycollector sale for October, and looking at the sale page, there’s not a single item on the page that’s sold out. There’s not even a single item that’s marked with the “Almost Gone” tag that Mattel would add to give you a sense of urgency to grab up those soon to be sold out toys. And for a company whose marketing team is so fond of saying “We’ll keep making them as long as you keep buying them,” I’ve got to wonder how much longer Mattel will keep making them, because we certainly not buying them – at least not like we used to.

END_OF_DOCUMENT_TOKEN_TO_BE_REPLACED

It’s time for Summer CustomCon again! CustomCon 35 is hosted by our good friend Joe Acevedo, and wraps up with Day Two.

CustomCon is a fictional toy show, showcasing the work of action figure customizers. You won’t find these toys in your local toy store – at least not right away. I’ve heard from several toy makers that they often get inspiration from customs. So you never know! (Check out previous CustomCons and see for yourself.)

Day 2 features four entries: Superman The Animated Series 2014, a set of 3 3/4-inch Gotham’s Most Wanted figures, busts showing The Evolution of Magneto and Mystique, and another group of Game of Thrones busts. Enjoy!

Here’s an interesting tidbit from BBTS – they are closing out some MattyCollector.com DC exclusives, including the DC Universe Classics Swamp Thing, which was Mattel’s San Diego Comic-Con DC exclusive in 2011. And get this – Swamp Thing is listed at BBTS for pre-order at $15.99, while he was $30 when sold at the show and later on MattyCollector.com. Of course, don’t expect the Un-Men with him, as they were an exclusive pack-in for the figures sold at SDCC.

I haven’t seen any news on this from Mattel or from any other retailers (granted I didn’t look that hard so let me know if I missed something), so at this point I’m assuming this is a BigBadToyStore deal direct with Mattel to clear out the warehouse of these DC items.

Mattel is releasing a number of items at closeout prices. These include the JLU Three-Pack – Toyman, Firefly, Dr. Destiny at $21.99, the JLU Three-Pack – Vandal Savage, Batman, Future Superman at $11.99, the Justice League Unlimited 7-Pack with Gypsy, Dr. Mid-Night and more at $17.99, the DC Universe Swamp Thing at $15.99, the Retro Action DC Super Heroes Sinestro at $9.99 and the JLU Justice Guild Four-Pack at $13.99.

END_OF_DOCUMENT_TOKEN_TO_BE_REPLACED 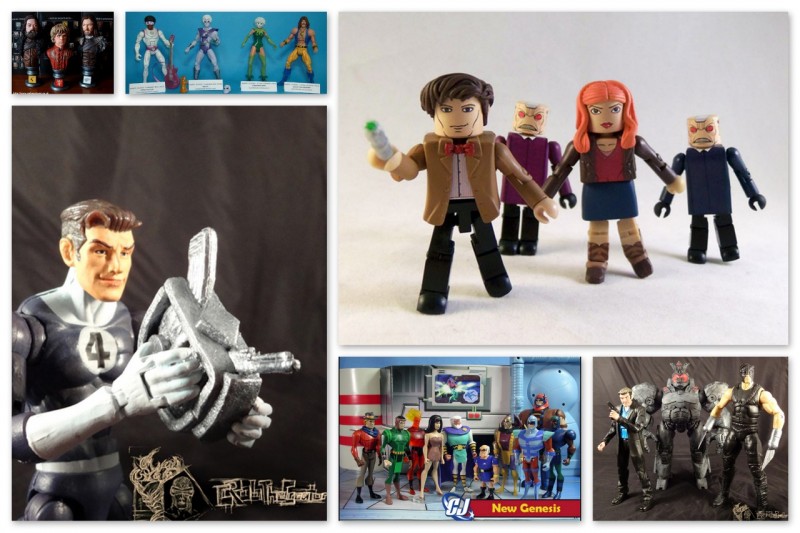 It’s time for Spring CustomCon, and our friends at RTM have the second day of CustomCon 34 online. Check it out!

The Day Two galleries include: