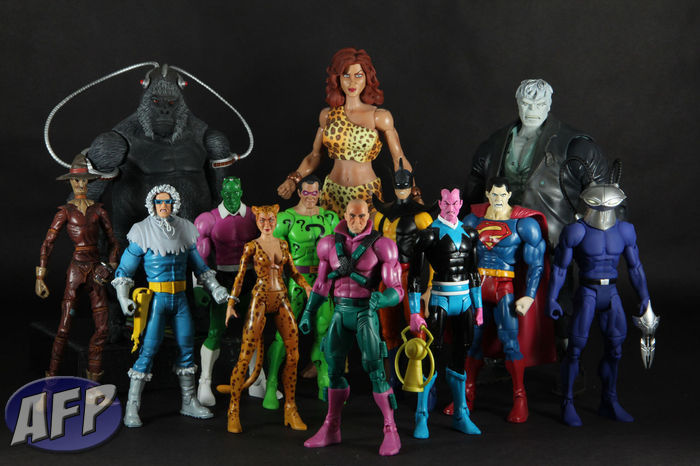 I’ll admit that when I was a kid watching reruns of the Hanna Barbera Super Friends cartoon, I never really gave any thought to the Legion of Doom. For me, it was all about the Super Friends. The bad guys just existed to give the good guys a reason to display their heroics – and in hindsight that may have been the basis for the show to begin with.

Growing up with these characters in comics, cartoons, and movies, it slowly started to change. The bad guys became more interesting. I started understanding their motivations, and even started rooting for them. DC Universe Classics, with an assist from its predecessor DC Super Heroes, has let me reassemble the Legion of Doom in plastic form. Stack them up against the DC Universe Classics Super Friends, and tell me you don’t want the bad guys to win!

I really have to hand it to Mattel and the Four Horsemen – for the teams from which they’ve drawn inspiration for the line, they’ve done a fantastic job building them out – just consider the Super Powers toy line, the modern JSA, and Cosmic Odyssey (ok, New Gods) as examples. The Super Friends and the Legion of Doom are teams that they’ve fully completed.

It took three Collect and Connect figures (Grodd, Giganta, and Solomon Grundy), a couple of 2-packs (Brainiac and the purple Black Manta), a Wal-Mart exclusive 5-pack (Lex Luthor in his jumpsuit), two assists from DCSH (Scarecrow and Bizarro), and a bunch more single carded figures to get this team together. I can’t think of another bad guy team in my collection that’s gotten as much love – can you? 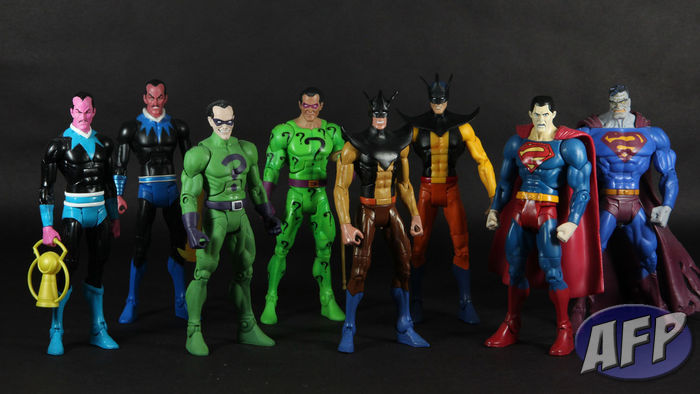 It did take a while to get there, though, and in my impatience I filled the glaring gaps with customs, mostly from talented customizers (in other words, not me).

I also doctored up a height-corrected Captain Cold – you can read much more about him and the rest of these customs in the write-up I did for our DC Universe Classics Giants of Doom CustomCon entry. 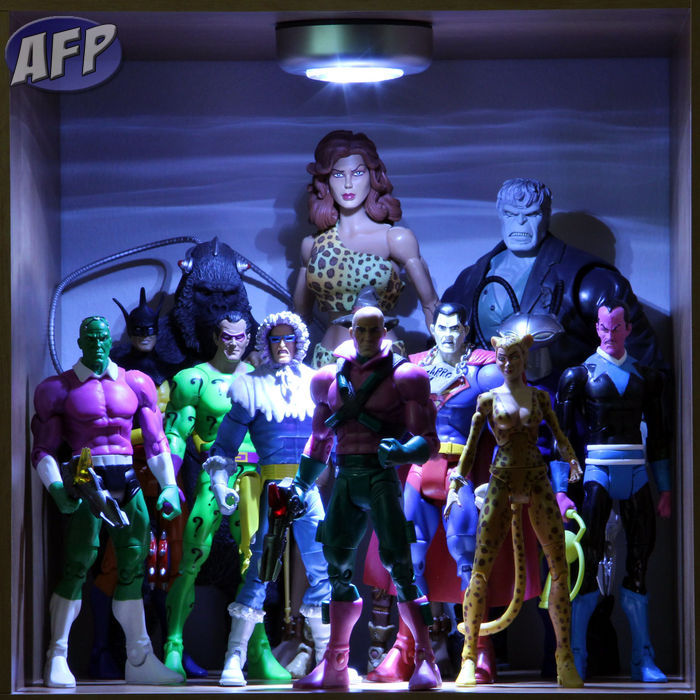 I really love how this team looks in my display cubes. This shot is lit solely by that halogen tap light. Bad guys rule!