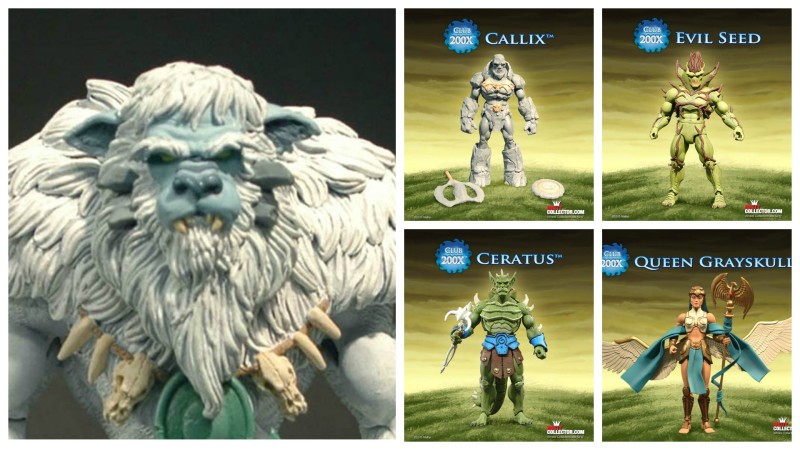 Is it too soon to say that Club 200X, and by extension, Masters of the Universe Classics, is dead?

We asked last week if Club 200X has the power. According to Skeletor’s Love Child, it does not. In the latest report on the subscription, SLC stated that they had just hit the halfway mark to the minimums needed to make all six figures they announced for the line. With just over a week to go, it’s not looking good.

That it took three weeks to hit the halfway mark is problematic. While we don’t have the subscription meter this time around, by looking at other subscription data, for example, from action figure projects on Kickstarter, we can see that a successful subscription hits the halfway mark in the first third of the funding period at the latest – the Skeleton Warriors project shows this the best.

Sure, we will definitely see a surge at the end of the subscription period, as the toy community rallies fans for last minute subs. In the case of the Four Horsemen’s Mythic Legions and Boss Fight Studios’ Vitruvian HACKS, that pop was significant – but those projects had Kickstarter stretch goals as an incentive for backers. Club 200X has none – so can you really expect it to make up the difference? 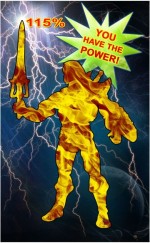 The bottom line is that demand for MOTU has been falling off. The introduction of the subscription meter should have convinced us of that, even if we thought it could be a marketing ploy to drive more sales. So too should have been the decision to eliminate day of sales on some figures – even on figures that were sure to be in high demand, like Two-Bad. Even if all of that hadn’t convinced us, the admission that Club Eternia was at risk for 2015 couldn’t have made it more clear.

Now, instead of working to re-invigorate the line, it looks like Mattel is content to see it die off. In fact, some of their decisions have served to hasten the line’s demise – announcing that 2015 would be the last of the Four Horsemen MOTU figures heralded the end of the line; replacing the line’s brand manager with someone who seems to know very little about the brand was the capstone.

You may love Toy Guru or hate him, but you can’t deny that Masters of the Universe Classics was his love child. His decisions could seem self-serving or unpopular, but underneath it all you got the sense he was a champion for the line, in a corporate jungle that cared little for collectors.

In contrast, it seems like Skeletor’s Love Child has been tasked with steering the line to its end. Even his chosen handle just pays the line lip service – it’s hard to see if he has any real sentiment or fondness for the Masters property. And while it’s not really a job requirement, not having it could hurt the cause for collectors (see Fangirl 2.0.) But could you really expect it from a guy brought in to manage the hospice care for a toy line that was never really his to begin with? He’s likely planning for 2016, after he gets to ditch MOTUC and Mattycollector for good.

But that still leaves us with Club 200X, the six figures and exclusive accessory pack that was supposed to come with it. What happens to them?

Mattel’s had experience with subs not going through, so we shouldn’t expect them to deviate from their standard operating procedure. The only question is whether they’ll go the Ghostbusters or DC Universe Classics route.

With the Ecto-1, Mattel chose to cut their losses – they likely hadn’t invested in tooling up the vehicle, and at the dismally low subscription numbers they saw no upside to proceed. However, the figures with removable proton packs were more easily done, since they had been tooled previously – they made them available in two-packs.

With DC Universe Classics, Mattel had more opportunities to milk the line. There was enough interest to merit releasing the figures that had already been tooled, so we got the quarterly releases that culminated with the Damian Wayne Robin from many years back. And speaking of being opportunistic, what about the unleashed Doomsday that was too expensive to be made? Looks like when there’s money to be made, Mattel can find a way to get it done.

For Club 200X, I think it’s a lock that any of the figures that have been tooled will get made. From our previous experience, we can assume Mattel needs a 6-month window prior to release to green-light the production of a figure – that puts Callix and Evil Seed in that category.

The remaining figures are a bit more problematic, though. Chronologically, King Chooblah would be next – but he was revealed after Ceratus and Queen Grayskull – perhaps the amount of new tooling he would require, coupled with the limited air time he got on the show, might make him less likely to be made. Ceratus and Queen Grayskull have been popular with fans, but their order in delivery would mean they might not be tooled yet – this puts them in the maybe category.

Prahvus, the figure that Skeletor’s Love Child has been dangling as his favorite, may turn out to be the coolest of them all, but I think what will matter is how much new tooling would be required. If it’s mostly a new head and cool paint apps on existing parts, then it’s possible. If there’s a lot of new tooling needed, you can write him off. But I think it may be telling that Mattel hasn’t teased his figure yet – with the subscription flailing, you’d think they’d want to put all their cards on the table.

And the Heads of Eternia? I think Mattel knew all along that we’ve wanted 200X alternate heads. And while cost may have been a small factor in pulling them from being accessories for the original figures, the bigger motivation was the opportunity to sell us something we were previously getting for free. You can be assured that by offering it as the Club 200X exclusive, they know it will sell. I think the 6 heads are a lock for later in the year.

The biggest question that remains for me is what happens for 2016. But I think the statement that the era of Four Horsemen figures for Masters is done is the most telling – but up to this point I think I’ve been hoping that was just an awkward attempt to drive more sales this year, and that they would find a way to keep the line alive past 2015.

There are too many signs that it’s for real, that this line is done. The switch in brand management, the continued lack of day of sales, and now the presumed failure of a MOTUC subscription – it doesn’t bode well.

I’ve had my say, so now it’s your turn. Do you think Club 200X will hit its subscription target? What will become of Masters of the Universe Classics after 2015? Leave your comments below.