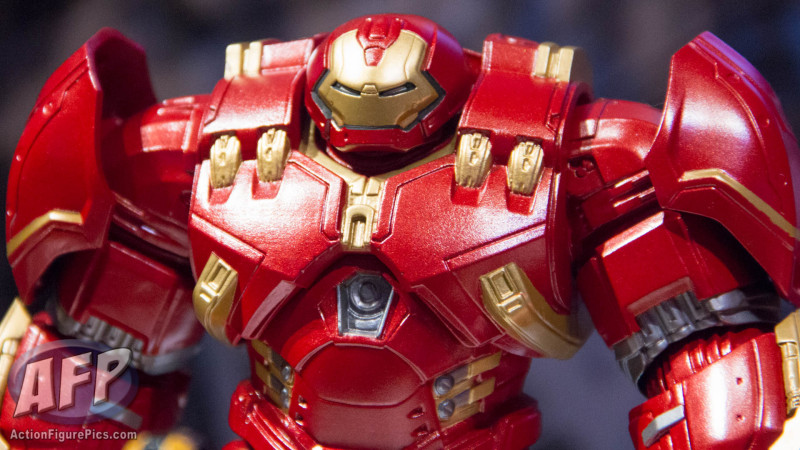 I don’t want to jinx it, but the last time I felt like this coming out of a Marvel Legends showroom was the year that Toy Biz announced that Marvel had signed the licensing agreement with Hasbro. They had ambitious plans for that final year, and it showed. If they were going to let the license go, they were going to go out with a bang.

This time around, it feels like it’s Hasbro that’s got something to prove – that Marvel Legends is their line, and no one can do it better. How do you think they did?

END_OF_DOCUMENT_TOKEN_TO_BE_REPLACED 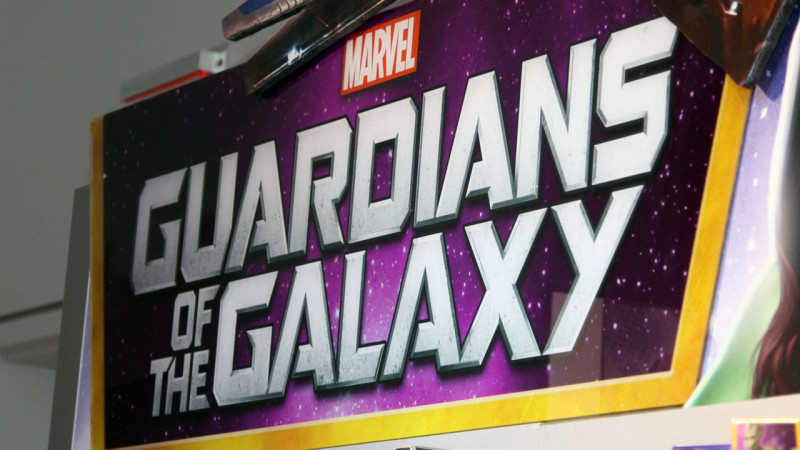 This year I find myself in the rather odd position of reporting on Toy Fair without actually being there. A casualty of the winter storms Pax and Quintus, I’m warm on the west coast but missing the fun of seeing the figures up close and personal. It’s the first time being on the sidelines since I started covering Toy Fair back in the heyday of Toy Biz’s Marvel Legends run in 2005.

In many ways we’re seeing Hasbro’s (second) run of Marvel Legends entering similar territory. Back then, Toy Biz was making waves with the Marvel Legends Sentinel wave. And yet, macroeconomic factors were causing big changes in the industry, and the next year turned out to be Toy Biz’s swan song, with the announcement that they had licensed the Marvel toy lines to Hasbro. Those same factors – rising costs of raw materials and labor, consolidation of retailers  – are still in play today for Hasbro. Rather than shutter the Legends line again, Hasbro’s Marvel team announced a shift in branding strategy at SDCC last year, and with their Toy Fair showing, we’re seeing how that plays out in the Marvel Legends line.

END_OF_DOCUMENT_TOKEN_TO_BE_REPLACED 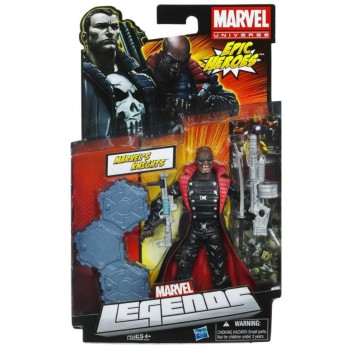 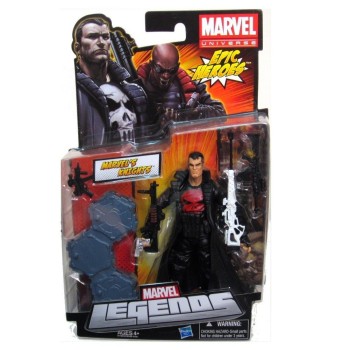 Our pal Paul has gotten back to us, and unfortunately, Walmart.com is shipping out the Marvel Now! variant of the Punisher that has been shipping with cases of the Marvel Legends Rocket Raccoon wave. He had hoped that because the listing shows Blade as the main picure for the item (and oddly enough, the regular Punisher with the white skull as an alternate picture), and because the cost was a little more than the other figures in the wave, that they actually had Blade in stock.

For those of you who did order hoping for Blade, you will be able to return your variant Punishers (assuming you don’t want one for your Thunderbolts team) to your local Walmarts. Mike G – sorry we didn’t find this out before you put in your order. I know you’ve got 2 on the way – if by any chance you get a Blade, let us know! 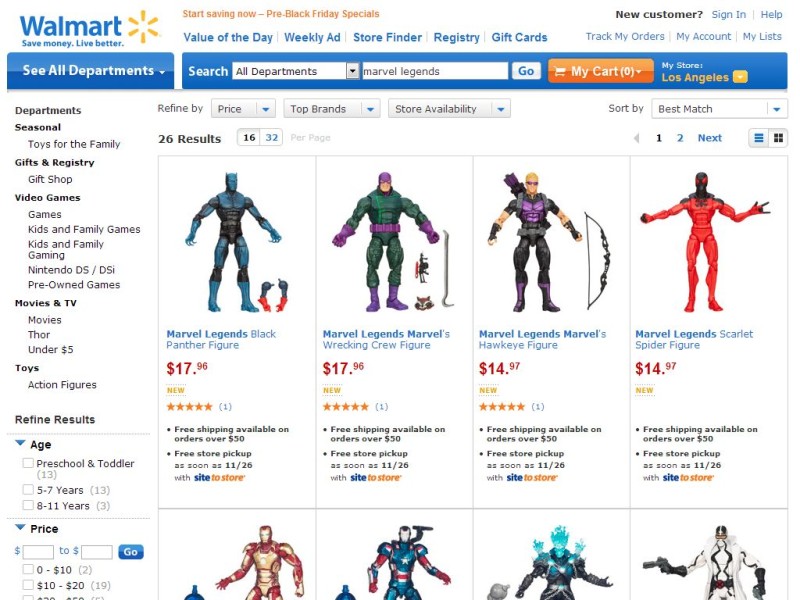 Our good friend Paul gave us the heads up that the Marvel Legends Rocket Raccoon wave is back in stock at Walmart.com. They’re going fast – so far Jean Grey and the listing for what may be Blade or the variant Punisher are out of stock. But that still leaves Black Panther, Wrecker, Hawkeye, and Scarlet Spider.

Walmart has two free shipping options – if your cart is $50 or more, you get free shipping to your home. You can also ship free to your closest Walmart store. Happy shopping!