A: Actually having space to display them! 🙂

A few months ago I wrote about having to dismantle my “toy room” because we had decided to put in new carpet, and then about getting to put together a new and improved display. This past weekend, I put the finishing touches on some upgrades. 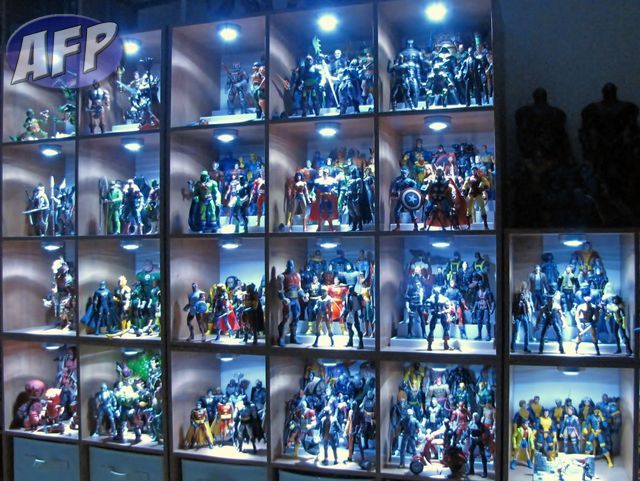 Before we get into the upgrades, let’s take a look at where we left off the display last time. 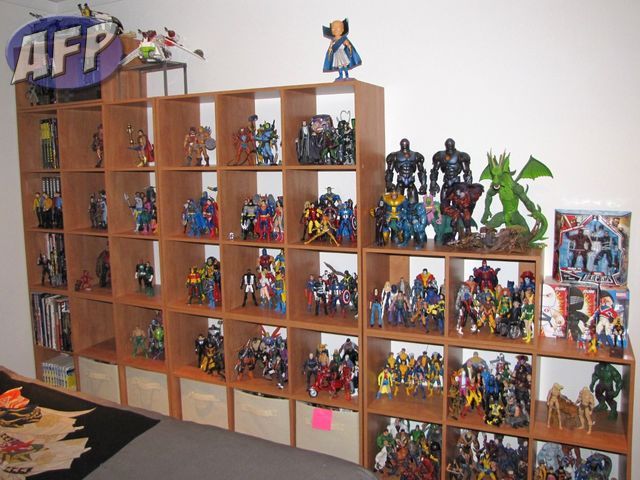 A few people have asked me where I got the cubes. My wife and I raided the local Targets for them – while you can buy them online (ClosetMaid 9-Cube Stackable Organizer, Alder at Amazon.com) you’d save a lot getting them locally and avoiding some hefty shipping charges. 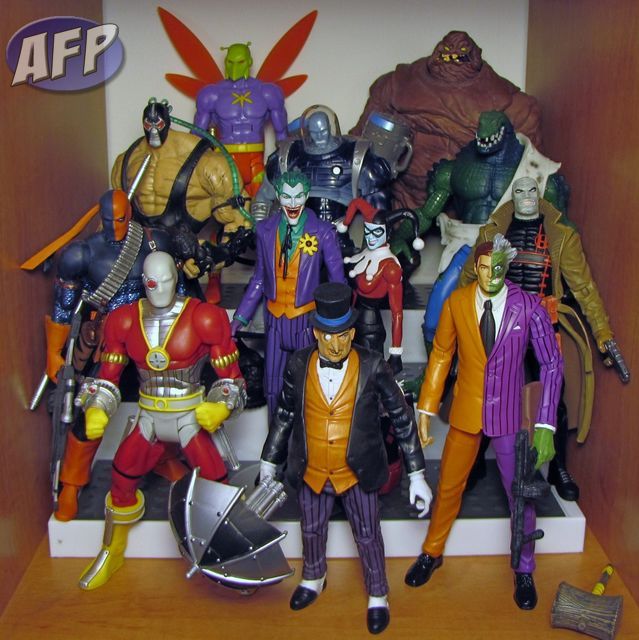 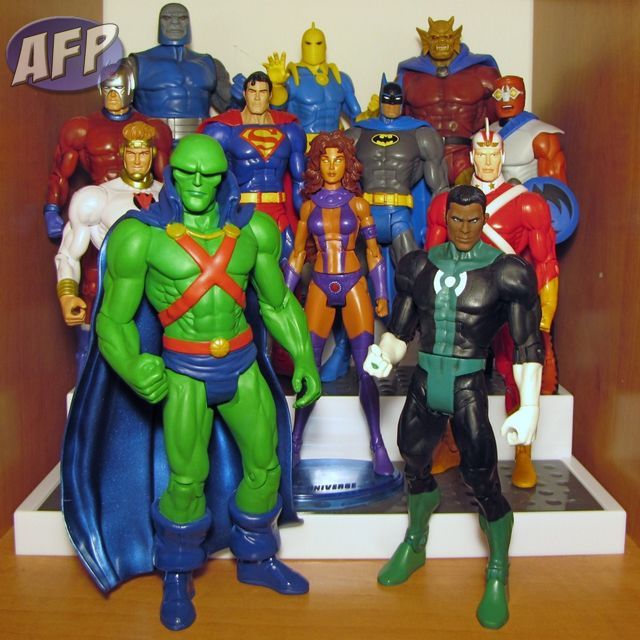 The layout of each space is a one square foot cube. Because of the one foot depth, I’ve found that some of the groupings work better with graduated heights as you get deeper in each cube. For that, I picked up some shelf organizers (Copco 2555-9624 Narrow Non-Skid 3-Tiered Shelf Organizer at Amazon.com). These particular ones are great for this setup because they’re just about a foot wide and fit perfectly, but they also have shelf organizers of greater length for more traditional shelves.

But what’s really gotten me jazzed about the display are the lights. 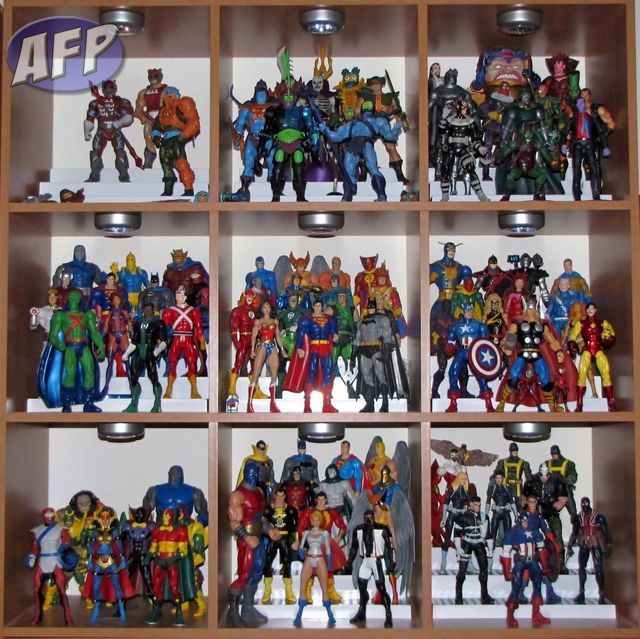 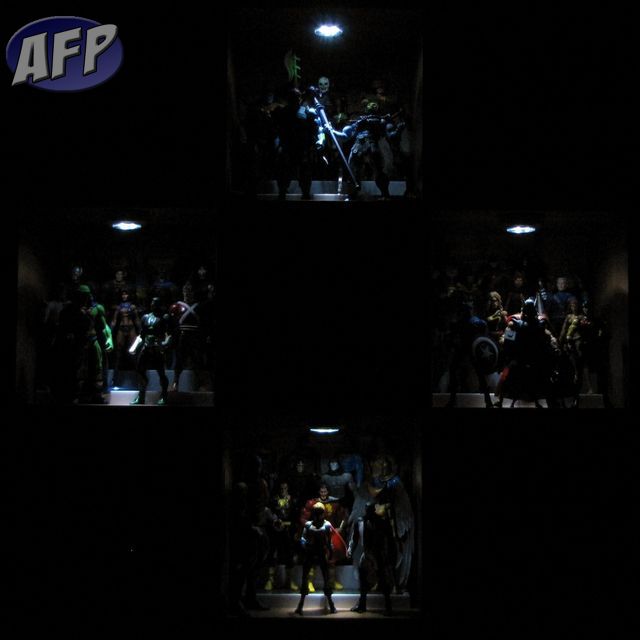 Even with the lights on in the toy room, the deeper portions of each cube don’t get much light, so I had been thinking about how to add lighting to each cube. There was no way I was going to wire these cubes up, so I opted for a lower-tech solution – battery-powered tap lights (New 3 LED Light Battery Powered Stick Tap Touch Light

on eBay). The nicest part about these tap lights is I can choose which cubes I want lit, which can make for some nice patterns in the dark. 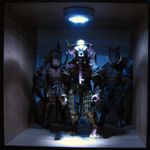 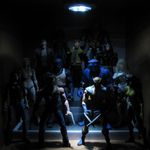 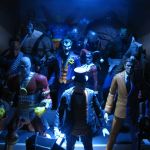 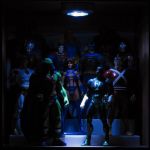 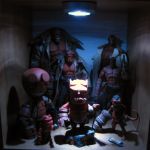 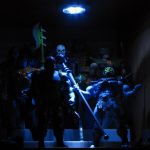 Aside from one more handful of tap lights to install, I think I’m done, at least with the infrastructure of the display area. Now it’s dealing with the ever-growing collection and shuffling displays around. At least that’s the fun part!