In contrast with our Best of 2010 post, Talyn and I each had a few different picks for our best action figures of 2011, so we decided to split it up this time around. I’ll get us started with the choice I included in the Fwoosh Staff Best of 2011 post – the Hasbro Marvel Universe Sentinel.

I worried last year that I’d be typecast as the Marvel guy, and I’m playing to role again with my pick of the Marvel Universe Sentinel. I never thought anything would ever rival my love of the Sentinel that Toy Biz released as a Build-A-Figure way back in Marvel Legends Series 10, but Hasbro’s version of the mutant killing robot stacks up pretty well.

The two are right about the same height, but the newer model is bulked up some, giving it more satisfying proportions. It’s also got a more classic look, while the BAF is styled specifically after the futuristic Sentinels in Grant Morrison’s final arc in New X-Men, Here Comes Tomorrow. And on top of that, Hasbro’s version has the light up eyes and chest, and the voice chip that sounds just like you’d expect a Sentinel to sound.

This would have dominated completely if it had the superior torso and hand / finger articulation that Toy Biz managed to cram into the BAF. And I’m still not sure where the purple and silver color scheme comes from (my best guess is from when the Avengers fought Sentinels in Avengers 104, way back in 1972.) Hasbro wanted a variant to distinguish its exclusive for San Diego Comic-Con, but I would have liked to see the classic purple and blue more widely available.

A lot of folks believe that Toy Biz’s Marvel Legends really hit its stride with the Sentinel series. I’m hoping that Hasbro’s Sentinel is the lead-in to a strong relaunch for Marvel Legends this year.

go for some great prices too.

Like MatthewK at the Fwoosh, I also have the Four Horsemen’s Gothitropolis Scarabus as one of my picks for 2011, but instead of the main man himself, I picked the Gothitropolis Dark Deities Scarabus Multi-Pack. 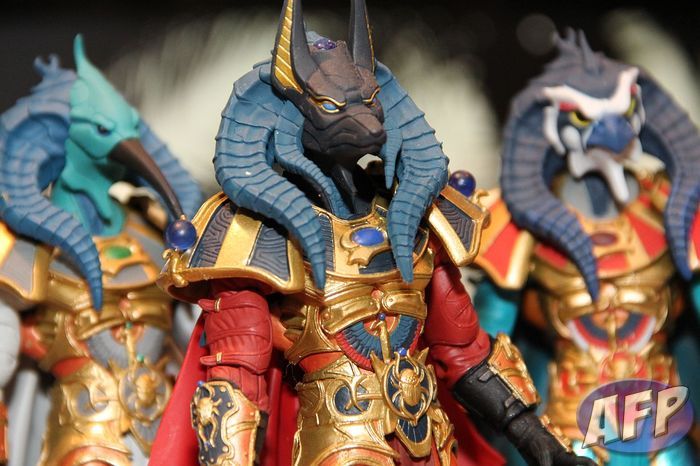 Like Matt, I was totally overwhelmed by the sculpt, paint, plus the tons of accessories that came with each figure. What really put it over the top for this particular multi-pack is the collection of Egyptian gods – Thoth, Anubis, and Horus. I was very into Egyptian mythology as a kid (thank you, Tutankhamun!) and seeing these three in Four Horsemen action figures has been awesome.

The Dark Deities pack is sold out now, as is Anubos (the Anubis variant), but Thothos, Horos, and many of the other Scarabus variants are still available at the StoreHorsemen.com.

The Four Horsemen also had a hand in my last two picks for 2011, and so did Mattel. I also had to give props to Nautkeiloi and Medphyll from Green Lantern Classics wave 2. 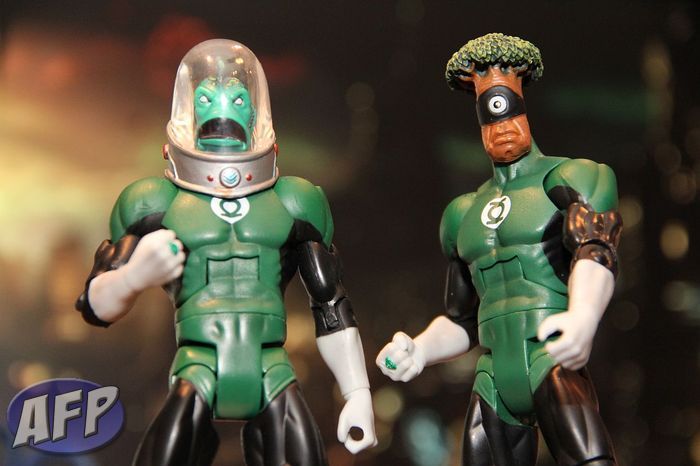 There was a lot to like about the Green Lantern Classics line, and I wish it had continued on past the 2 waves we got. The line gave us figures that were from the awesome stable of characters from the Green Lantern comics, and unlike some other DC Universe Classics off-shoots (I’m looking at you, Public Enemies!) they were completely compatible with the main line.

But of the figures released in GLC, none topped Nautkeiloi and Medphyll. You’d have a tough time beating a fish guy and a plant guy, but you definitely can’t beat them when they’re in a single package with interchangeable heads. Of course, for me, that meant having to buy two of the figure so both could grace my Green Lantern shelves at the same time.

Best thing yet – you can still get these two at Big Bad Toy Store – Green Lantern Classics Series 02 – Green Lanterns Nautkeiloi & Medphyll (Interchangeable Head/Hands) – and on sale to boot! For the Corps!

Last but not least, Robo got the honor of presenting “Sexy Hexy” on Fwoosh’s list, but I would have to lynch myself if I didn’t have the DC Universe Classics Jonah Hex on my list this year. 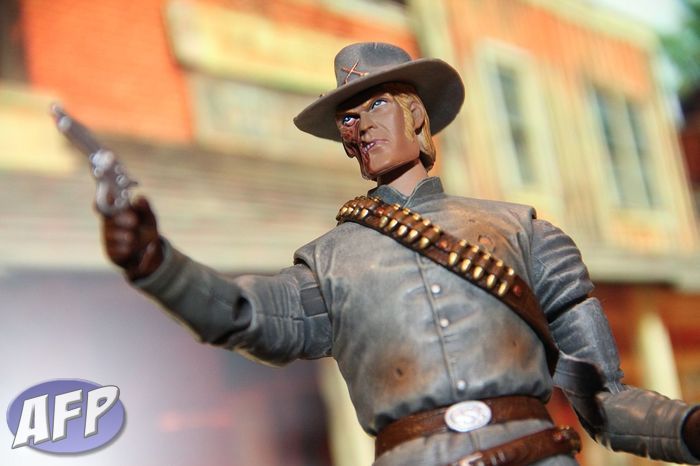 Ever since we kicked off the Fwoosh DC Universe Classics Top Ten (see the latest Fwoosh DCUC Top Ten results), I’ve been campaigning for our favorite disfigured bounty hunter, and Mattel finally obliged us in the 16th wave of the line. The Four Horsemen really did a number on Hex – his face really is disgusting, at least on that one side. On top of the great sculpt, I think this has got to be one of the figures that has the most paint apps from the line.

If you don’t mind some beat up packaging, you can pick up the DC Universe Classics – Series 16 – Jonah Hex at BBTS on sale!

That wraps it up for my 2011 picks  (I still have one more figure that I’ll have to highlight in a separate post), and stay tuned for Talyn’s picks next week! 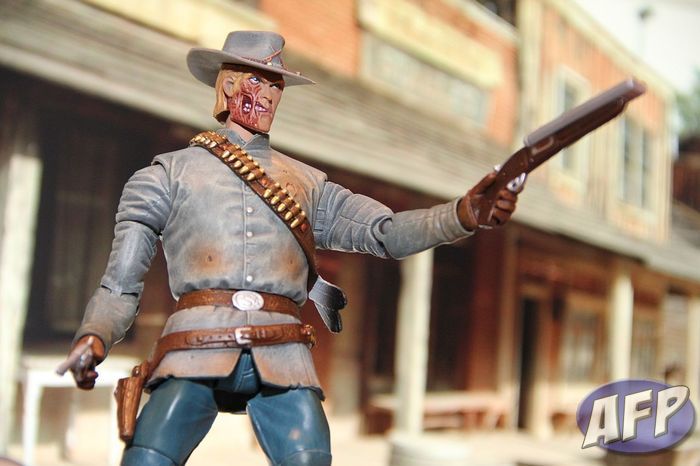