As we kick off the new year, I asked the guys to make their picks for for best [insert anything toy-related] for 2010. I wasn’t sure, since we just picked our “most thankful for” figures a few weeks ago at Thanksgiving, if we’d have much to add. Turns out there was plenty that impressed us above and beyond our Thanksgiving picks.

I’ll get us started. 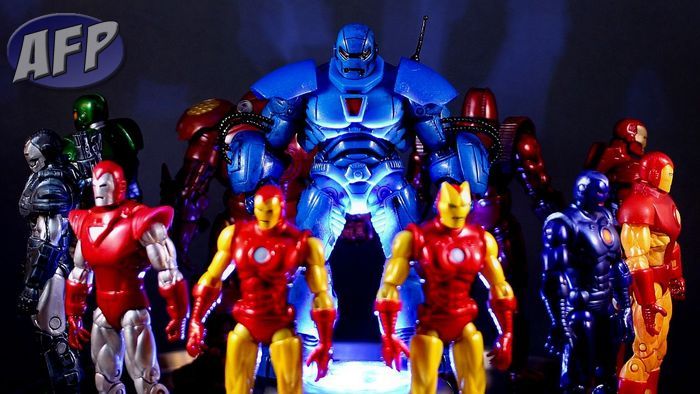 I don’t want to get typecast, because I picked the Marvel Legends Iron Man as one of Fwoosh’s Best of 2009. But this year, I think that the Iron Man 2 line from Hasbro, in particular the Comic series, went a long way in winning over fans who were missing their 6-inch Legends to the 4-inch scale.

The line has some really great sculpts, decent enough paint apps, and some fantastic articulation at that size. And, of course, it brought us this awesome Iron Monger – the huge, classic, comic-based blue version that I never thought we’d get, since the movie-based Iron Monger lined shelves for a while.

There were lots of Hasbro Iron Man news and reviews this year, but one of my favorite posts was highlighting this custom Iron Man armory by Thor-El.

Talyn shows us why Bandai’s got one of the longest-running toy lines of all time. 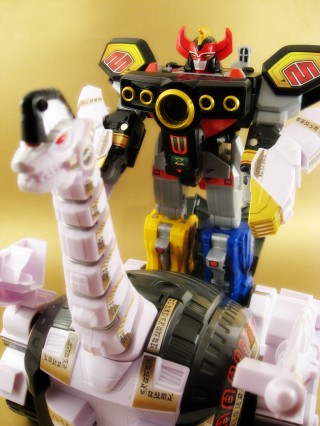 The 2010 MMPR line gave us some cool updated versions of the original toys, but the crowning piece of the line has to be the new Titanus Carrier Zord. I never had Titanus as a child, so being able to get this new one to combine with the newly released Dino Megazord was a real retro treat, and applying all those super detailed, accurate stickers really added to the fun. And the thing is frigg’n huge. Definitely my best pick for the year.

Sandman recaps the diversity in great toys for the year, but settles on a favorite.

What a great year 2010 has been for toys! As Ron pointed out, Hasbro did some awesome Iron Man 2 action figures, and made some great strides on their Marvel Universe figs (WWII Cap and World War Hulk are awesome!). G.I. Joe Pursuit of Cobra was a pleasant surprise for me. Mattel’s DC Universe Classics kept expanding, finally releasing the much awaited Martian Manhunter, and their SDCC Exclusive Plastic Man was a hit.

There were also great offerings in the world of video game action figures such as Jazware’s Sonic the Hedgehog figs, NECA’s Bioshock, Play Arts Kai’s Metal Gear Snake and the McFarlane’s HALO Reach figures. Hot Toys blazed the big figure department with their awesome work, and ThreeA Toys World War Robots were action figure works of art! Masters of the Universe Classics cranked out some popular and long-awaited figures amidst the ordering issues early in the year. 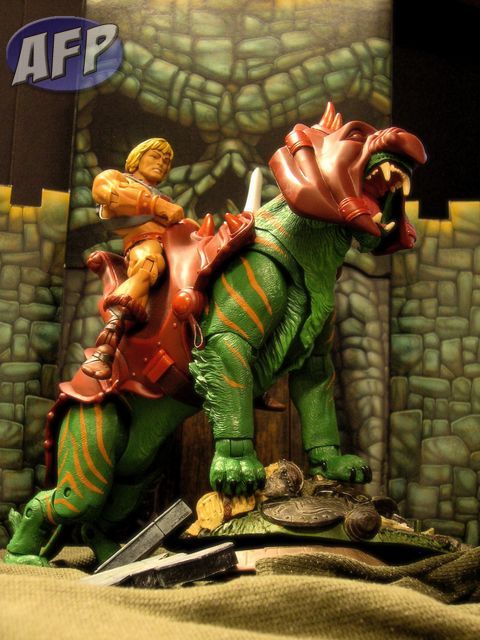 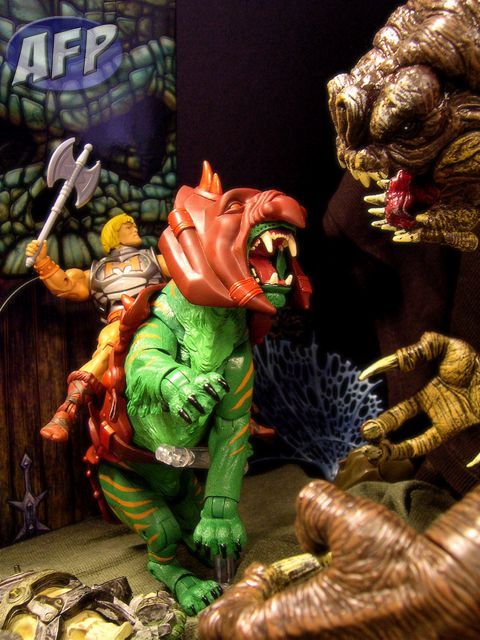 Which brings me to my Best Figure of 2010. It was hard to pick among my favorites, kinda like picking a favorite out of your own children! But in the end I picked the figure that I had been dreaming about ever since I was a kid. That action figure is the Masters of the Universe Battle Cat!

I never had him as a kid, and I had dreams of actually owning one. I couldn’t be any happier years later when he was shown in SDCC last year (2009). Him being my favorite is not complete nostalgia though, ‘Cat is backed up by a great sculpt and awesome articulation. He’s no shrimp either, he’s a large beast when posed alongside fellow MOTUC figs! Hard as it may have been to pick him up last February, he was worth all the trouble!

This is Sandman21xxi wishing everybody a Happy New Year, and here’s to another year of awesome toys!

Finally, Buzzy demonstrates his inability to pick one single favorite. 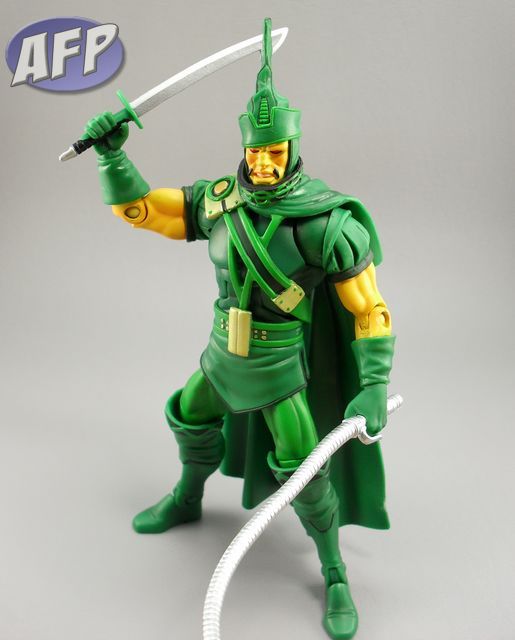 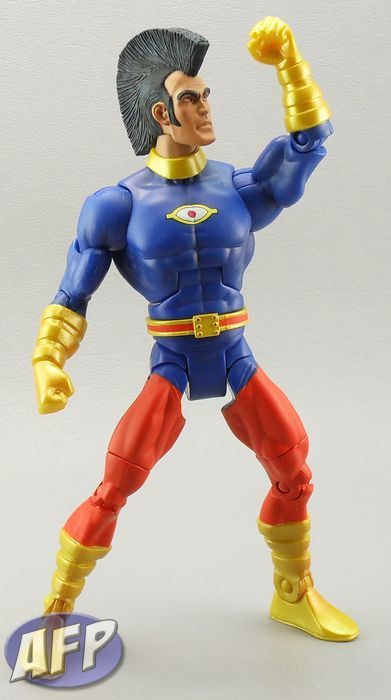 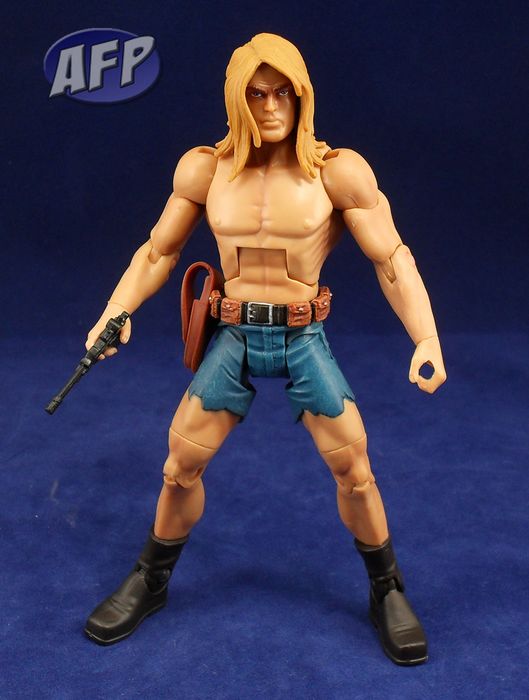 For my Best Of 2010 I’d have to say DC Universe Classics, because this year the line gave me three incredible doses of Kirby goodness – Steppenwolf, one of the coolest Fourth World Characters and two of my all time top nostalgic faves, OMAC and Kamandi. If someone had told me a four years ago that there would be an action figure line that would have fantastic interpretations of these three characters, I’d have said, “That’s crazy talk.”

I know that technically Steppenwolf was released in 2009, but it was December when I got him which is close enough to 2010 for me, so step off! ;-P 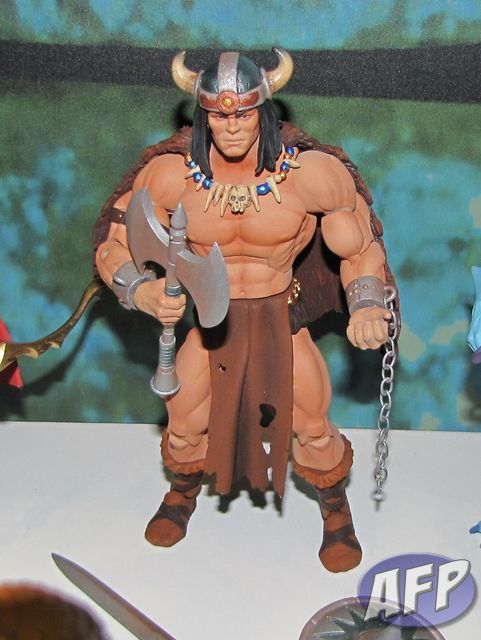 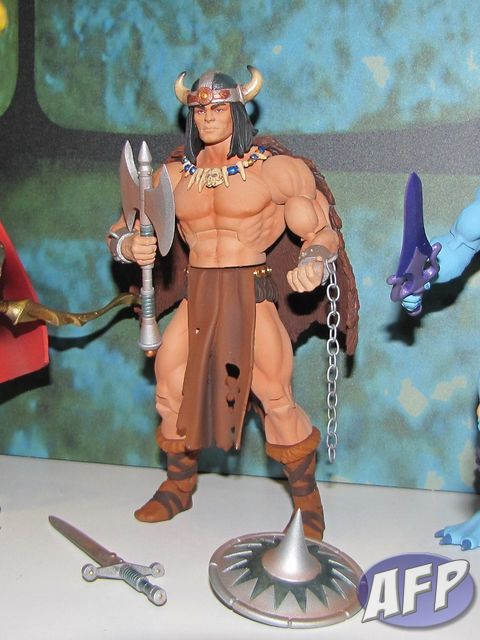 I have another Best Of for 2010 though, I can’t ignore the San Diego Comic-Con 2010 reveal of the upcoming Masters of the Universe Classics Vikor!

Vikor is going to fill the hole in my life that the Conan from Toy Biz’s Legendary Comic Book Heroes just couldn’t. As big a fan as I am about Kirby’s DC Creations of the 70’s, I am an even bigger fan of Robert E. Howard’s most famous character, Conan. Since the SDCC reveal, I have been counting the days until he goes on sale at MattyCollector.com and was positively giddy when Vikor’s sale date got moved from February to January. My birthday is January 6th, so this almost feels like a birthday gift – “almost” because I’ll have to battle the WSOD. But battle it, I shall.

One more Best Of 2010 for me has to be good old ActionFigurePics.com! This month marks my 1 year anniversary as a staff member for AFP and it has been a blast working with Ron, Sandman and Talyn! Looking forward to doing it again in 2011!

So, what were your favorite figures of the year? Leave us a comment below, send us pictures, and have fun collecting! I hope your 2010 was great and that your 2011 will be even better!