In contrast with our Best of 2010 post, Talyn and I each had a few different picks for our best action figures of 2011, so we decided to split it up this time around. I’ll get us started with the choice I included in the Fwoosh Staff Best of 2011 post – the Hasbro Marvel Universe Sentinel.

I worried last year that I’d be typecast as the Marvel guy, and I’m playing to role again with my pick of the Marvel Universe Sentinel. I never thought anything would ever rival my love of the Sentinel that Toy Biz released as a Build-A-Figure way back in Marvel Legends Series 10, but Hasbro’s version of the mutant killing robot stacks up pretty well. 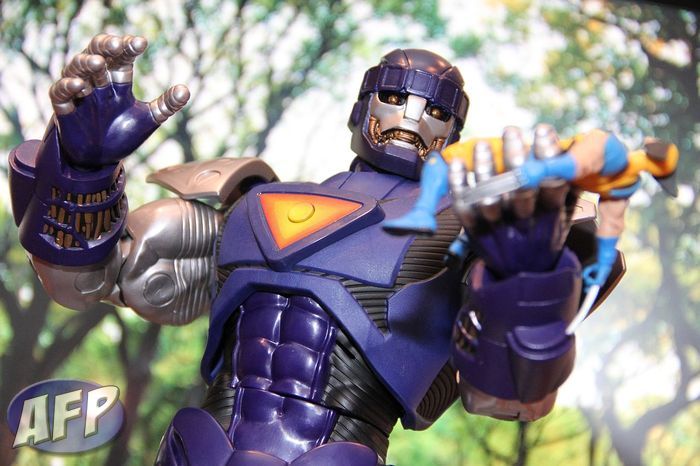 The two are right about the same height, but the newer model is bulked up some, giving it more satisfying proportions. It’s also got a more classic look, while the BAF is styled specifically after the futuristic Sentinels in Grant Morrison’s final arc in New X-Men, Here Comes Tomorrow. And on top of that, Hasbro’s version has the light up eyes and chest, and the voice chip that sounds just like you’d expect a Sentinel to sound.

This would have dominated completely if it had the superior torso and hand / finger articulation that Toy Biz managed to cram into the BAF. And I’m still not sure where the purple and silver color scheme comes from (my best guess is from when the Avengers fought Sentinels in Avengers 104, way back in 1972.) Hasbro wanted a variant to distinguish its exclusive for San Diego Comic-Con, but I would have liked to see the classic purple and blue more widely available.

A lot of folks believe that Toy Biz’s Marvel Legends really hit its stride with the Sentinel series. I’m hoping that Hasbro’s Sentinel is the lead-in to a strong relaunch for Marvel Legends this year.

go for some great prices too.

END_OF_DOCUMENT_TOKEN_TO_BE_REPLACED 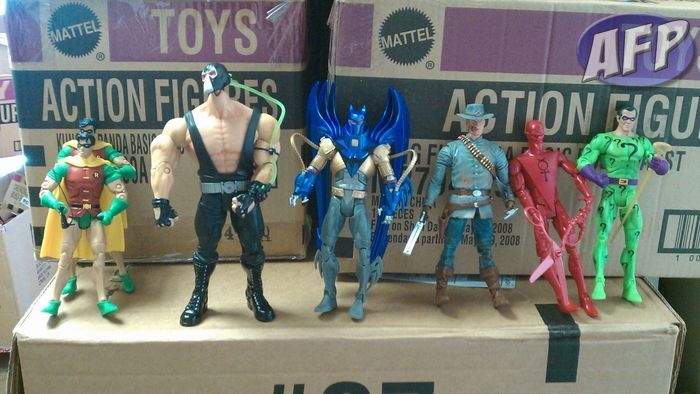 END_OF_DOCUMENT_TOKEN_TO_BE_REPLACED

Mattel has posted carded pics of DC Universe Classics wave 16 on their Facebook page. And even though I’ve already got an awesome custom of the Riddler from Buzzy, I think this new one is gonna be great too. Jonah Hex and Robin are also most wanted figures for me.

What do you guys think of the new packaging for 2011?

It’s nice to see Jonah Hex finally getting his due. Here’s some pics of upcoming Hex Heroclix (that’s got a nice ring to it), expected in August, to accompany the movie. Jonah Hex opens in a couple of weeks, on June 18.

BTW – These are actual production pieces (off the line).  I think they are some of the best eyes we’ve done to date.  Let me know what you think.

via Jonah Hex coming to HeroClix in 2010 : Heroclix.com – Wizkids/NECA, Inc.

Toy Guru and Mattel are back with another edition of Ask Matty. Thanks, guys!

1. We love the softer plastic that was used for the outfit on the Masters of the Universe Classics Evil-Lyn (see Sandman’s Evil-Lyn review), which really helps when posing her legs. Are you planning to use this softer plastic when you re-issue Teela? 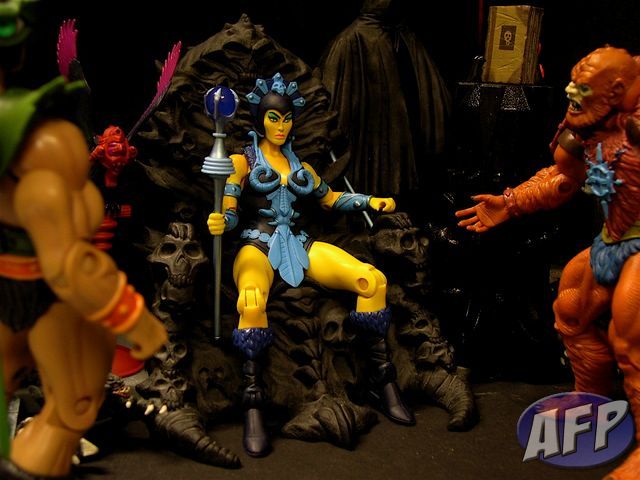