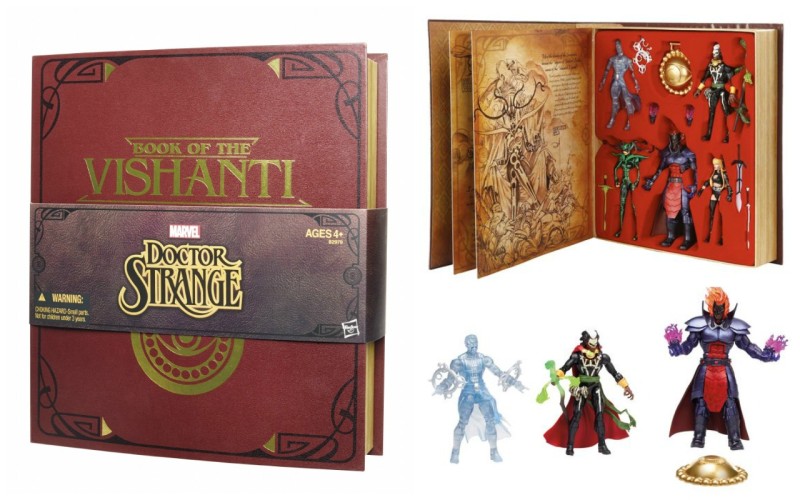 We’ve been anxiously awaiting news for Hasbro’s Marvel exclusive for San Diego Comic-Con, and USAToday.com broke the news – it’s a Marvel Legends box set built around Dr. Strange. With the Benedict Cumberbatch movie scheduled for November 2016, I’m guessing Marvel will do some teasers at their panel this year, but I wonder if this set may have been better suited for SDCC next year.

The packaging is a novel concept (no book-pun intended) – it’s in the form of Dr. Strange’s Book of the Vishanti. In the pages preceding the figures, the Book will feature artwork and profiles for the five figures included. We’ll get to them momentarily, but first wanted to highlight that included with the book is another prop – the mystical talisman, the Eye of Agamotto. With the Book of the Vishanti and the Eye of Agamotto in your possession, all you need to add is your own Cloak of Levitation, and you could be the next Sorcerer Supreme.

The figures themselves are a strange mix (also no pun intended.) The ones that make sense to me are Dr. Strange, in a translucent deco variant from the one that will ship with the Marvel Legends Hulkbuster wave; Brother Voodoo, who succeeded Strange as the Sorcerer Supreme; and Dormammu, Strange’s arch-enemy and ruler of the Dark Dimension. The inclusion of Hela and Magik (in her Marvel Now Darkchylde armor) seem tacked on. It may be lack of comic knowledge on my part, but I don’t know when Dr. Strange has had any significant interaction with the Goddess of Hel from Thor’s mythology or with the mutant sorceress and ruler of Limbo. While I’m not complaining to get either, I think the box set would have been stronger with Clea and Wong as supporting characters for Strange.

END_OF_DOCUMENT_TOKEN_TO_BE_REPLACED 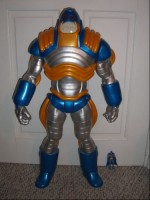 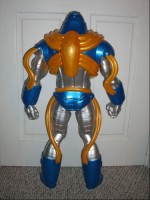 – this isn’t technically a custom, as it was made by folks at Mattel, but since each (of only ten pieces worldwide) of these 30-inch Anti Monitors were fully hand-crafted, this could be the most rare non-customized custom that you’d ever have in your collection – ends Oct 18, 2010 19:02:23 PDT

If you’ve got the scratch – happy bidding!

I would have loved to bring you this review of the five DC Direct Hal Jordans, but with the craziness of San Diego Comic-Con on top of the craziness of how this exclusive was sold, there was no way.  OAFE’s Rustin Parr has some great pics of them (I really like what they did with the packaging) as well as a few choice words for DC Direct.

Each figure uses the same base body as the “classic” Green Hal, but with minor sculptural variances so it is effectively a repaint of the Superman/Batman Series 6 figure (though with a new torso, as that figure had a hole in the chest for translucent Lantern symbol projection).

The figure is an excellent example of the high caliber of sculpting DC Direct is known for.

It’s time for us to announce the winners of the Marvel Universe Covers Contest, brought to you by the Hasbro Marvel team and the guys who run ActionFigurePics.com and TheFwoosh.com.  We had a very tough time picking just three winners, because all the covers entered this year were really great.  So we’ll be adding three more prize winners for honorable mentions – but don’t get your hopes up guys, because your prizes will be coming from AFP’s Free Stuff stash.

Without further ado, here are your winners!

Calbretto blew us away with his composition of Robert Kirkman’s first issue of The Irredeemable Ant-Man.  Ant-Man is known for his exaggerations, so while we can’t find 23 villains in the cover, we really enjoyed seeing so many Marvel baddies from Hasbro, Toy Biz, and Diamond Select being crushed by Calbretto’s custom Eric O’Grady Ant-Man.